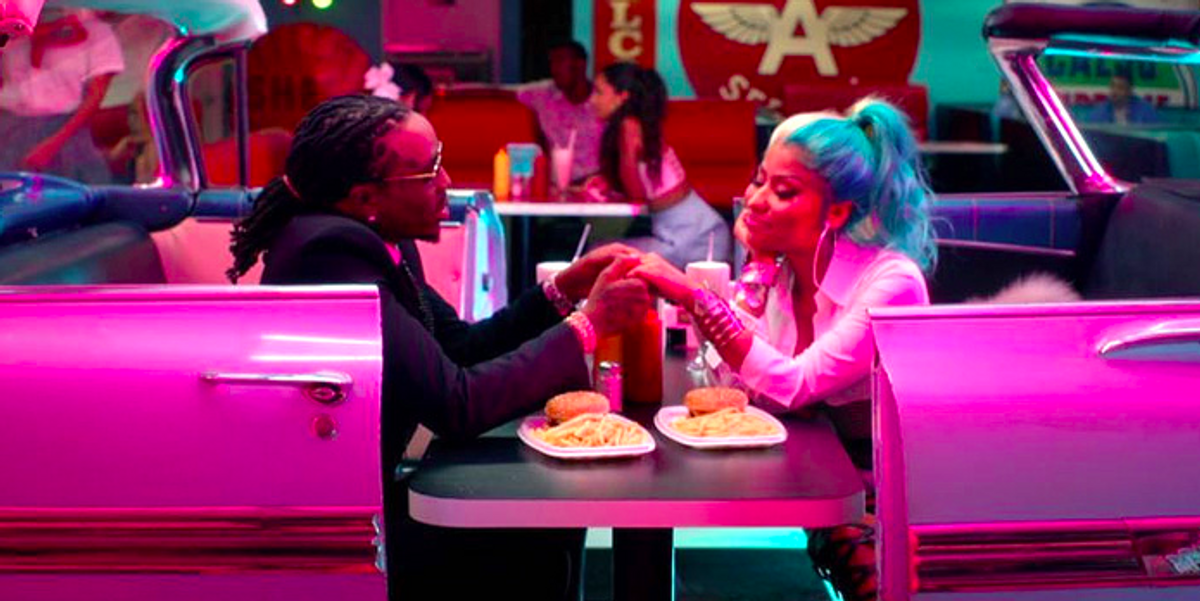 The Best New Music Videos of the Week

Because of the holiday, it was a short week for many (how are those resolutions going?) but that didn't stop plenty of artists from kicking off first quarter with brand new music videos. Below, our favorites in no particular order:

"She For Keeps" - Migos featuring Nicki Minaj
Nicki stuns in a blonde bob while splitting fries and shakes with the Migos in a 50s-style diner in this fun Quavo-led bop:

"Finesse" - Bruno Mars featuring Cardi B
It was a week for throwbacks, with Cardi B and Bruno Mars' video tribute to iconic 90s sketch show "In Living Color" for the remix of "Finesse" off Mars' 24K Gold:

"Sideways" - Lauren Ruth Ward
The relatively fresh 70s rock style singer shared the video for "Sideways" off her upcoming debut album Well Hell. The video, which she says was inspired by the Wizard of Oz, shows the hairstylist-turned-singer alternatively in a straightjacket and kicking it at a house party. We're down:

"Family Feud" - Jay-Z featuring Beyoncé Jay's star-studded, Ava DuVernay-directed short film is now available for non-Tidal users. Even if you're not a huge Hov fan, the cameos from Mindy Kaling, Janet Mock, Rashida Jones, Jessica Chastain and of course Blue Ivy and Bey herself make it well worth a watch:

"I Know You" - Craig David featuring Bastille
The two British acts teamed up to create the laid-back night-out style video for their collaboration, off David's upcoming seventh album:

Songscape: Bear Migratory Bird Refuge with Conner Youngblood:
The Dallas-born singer stirred up some real buzz with his first LP, Generation of Lift, and decided to give back by partnering with the US fish and wildlife services to record a song for the Bear River Migratory Bird Refuge in Utah, filming the video for it during a visit there. Half the proceeds of the song will go to support US fish and wildlife services, extra important as the administration takes steps to actively deregulate environmental protections: