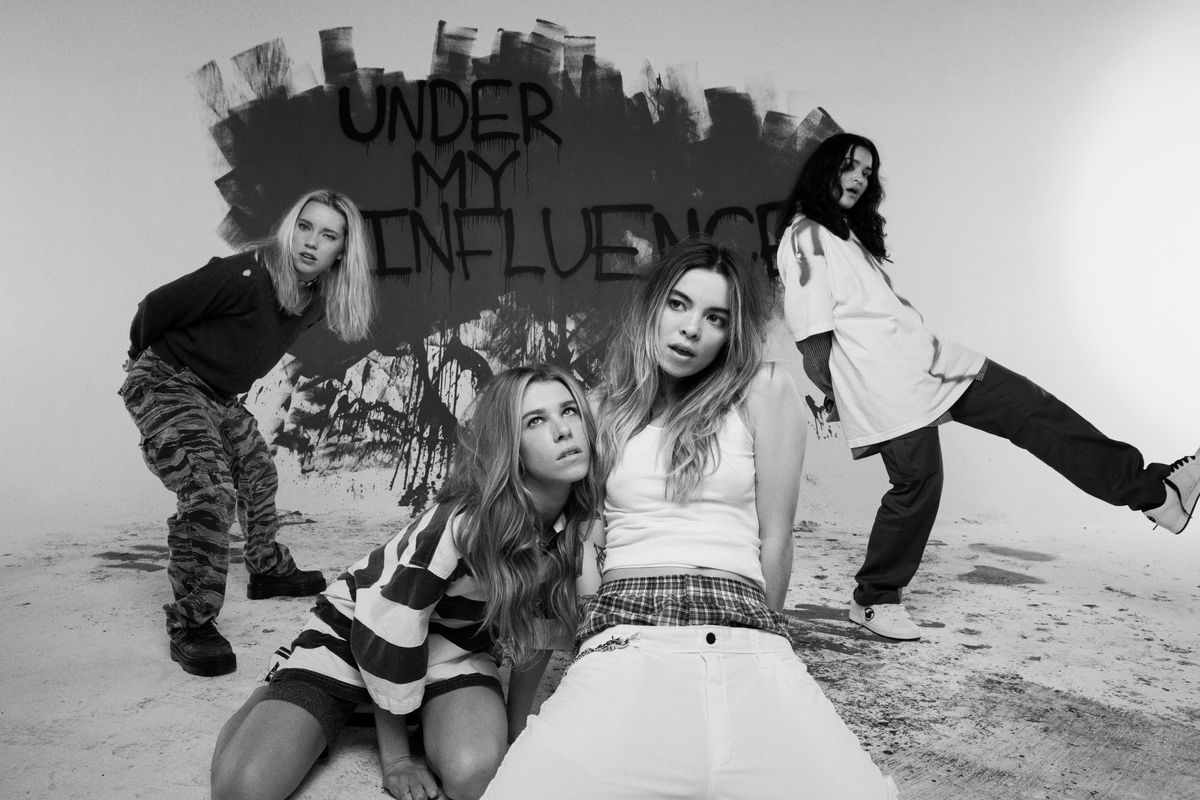 The Aces Wants You Under Their Influence

Known for their stellar synth-pop melodies, and relatable lyrics about love, loss and everything in-between, pop quartet The Aces have gained worldwide popularity since their 2018 debut album, When My Heart Felt Volcanic.

Today, the band exclusively announces on PAPER that their upcoming sophomore LP. Under My Influence, is set for a June 12 release, and contains "classic Aces elements."

They describe the new record as a "whole new chapter" for them –– an "an exploration" that deepens their previously established feel-good sound. "When we started making this record, it was really important to us that we made something new and different from When My Heart Felt Volcanic," the band says. "It's definitely still The Aces, but we go a lot deeper."

Last month, The Aces released "Daydream" and "Lost Angeles" from Under My Influence, two intimate dance tracks backed by synths, guitars and vividly nostalgic lyrics. Today, the band shares "My Phone is Trying To Kill Me," which details stalking an ex online — a struggle everyone knows all too well, right now.

The Aces' lyrics have a valid point: social media can be a toxic vice, just like any other. "Fucked up, drinking, smoking/ Trying to live in the moment," they sing. "Got to check the screen just one more time." Joined with an explosive hook, the track provides a nice sampling of what's to come next month.

The band says that the title of the album captures what it's like to be "your complete and total unapologetic self." It's saying "this is my world, this is who I am, this is what I stand for," and not asking permission to do so.

The Aces derives from Provo, Utah, and includes sisters Cristal Ramirez (vocals/ guitar) and Alisa Ramirez (drums), as well as McKenna Petty (bass) and Katie Henderson (lead guitar/vocals), which might explain their intimate sound. They have toured the globe in the past two years, getting a stamp of approval from 5 Seconds of Summer.

When listening to Under My Influence's forthcoming 14 tracks, the group wants fans to feel "confident, hopeful and inspired," and perhaps most of all, "understood."

My Phone is Trying to Kill Me

Check out the complete tracklist for Under My Influence, below.