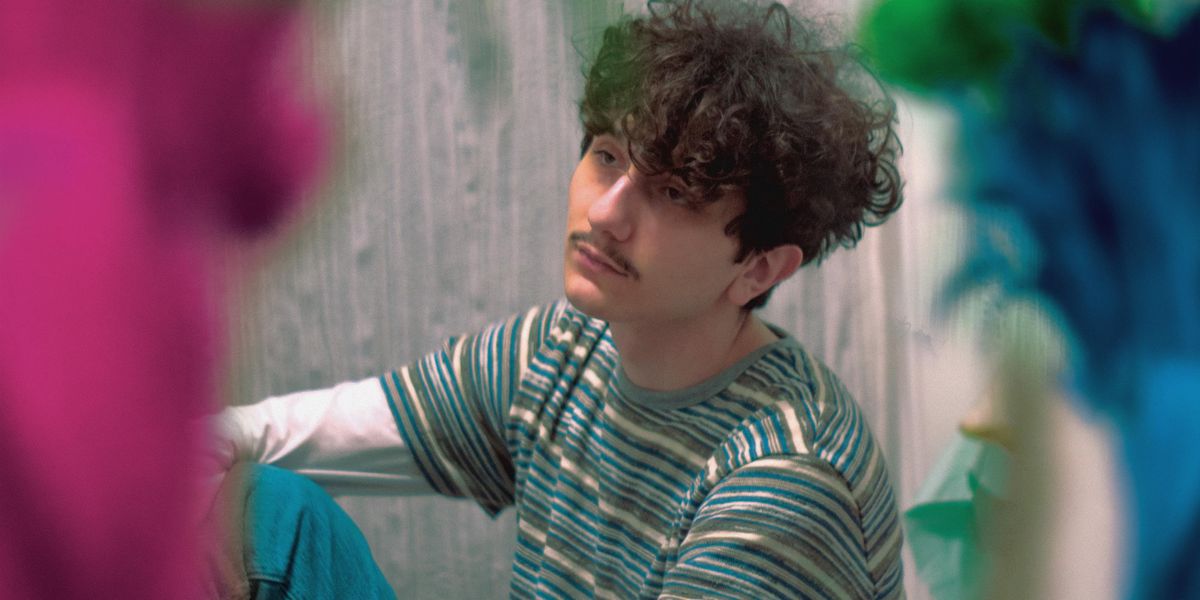 Joseph Flores, better known as TEMPOREX, prefers doing things himself. With such a wide mix of references — from Prince to Pee-wee Herman and '90s video game advertisements — this hands-on approach is the only way to realize a vision with such specificity. But it's also by necessity, having independently built a music career at age 15 from Flores' home in San Diego, where he wrote and released his 2017 mini-album, Care.

Today, the 21-year-old artist has been busy innovating in isolation — a prolonged period of unprecedented hurdles and restrictions that, for Flores, isn't too far off from the way he started making music. His forthcoming 10-track self-produced album, Bowling, will be the product of this bizarre period, beginning with lead single, "Delayed," out today. "Production wise, the album as a whole explores the world of computer music and all the possibilities that are presented when you choose virtual instruments," Flores says.

On "Delayed," Flores pieces together a scene that sounds like laidback dance floors — the type of cool down, "last call for drinks" energy of a dive bar where you've kept the tab open all night to escape your thoughts. There's a bit of jazz, some low-key R&B and a subtle dash of '70s funk, before Paul Cherry unleashes a slinky guitar solo. Flores sings about a long distance love affair, until the disco ball finally stops and he catches a midnight train — complete with chug and chuff sound effects at the very end.

The track's music video — premiering on PAPER — doubles down on Flores' unique ability to execute an entire release, from songwriting to production to all visuals. In it, a grainy Flores dances freely around a CGI world that looks to have been pulled from the drawing room of some tossed aside Nickelodeon TV special. There's everything from a bowling pin house to dancing dinosaurs in sunglasses — like if Rocko's Modern Life was reimagined digitally during the pandemic.

"The music video was shot in quarantine in my room," Flores says. "I used this new AI technology to rotoscope myself and Paul Cherry into these wonky surrealist 3D environments that I built out in Blender (a free and open source 3D program). I was inspired by these '90s point and click PC games that were created to promote new music from artists such as Prince, David Bowie and Devo."

Speaking to the "Delayed" video's art direction, Flores says he intended for it to be "reminiscent of films from Tim Burton, episodes of Pee-wee's Playhouse, and video games I used to play as a kid. It's a pretty good representation of how I genuinely dance to my own songs in my room while I'm working on them or listening back to the mixes."

Stream "Delayed" by TEMPOREX, below.