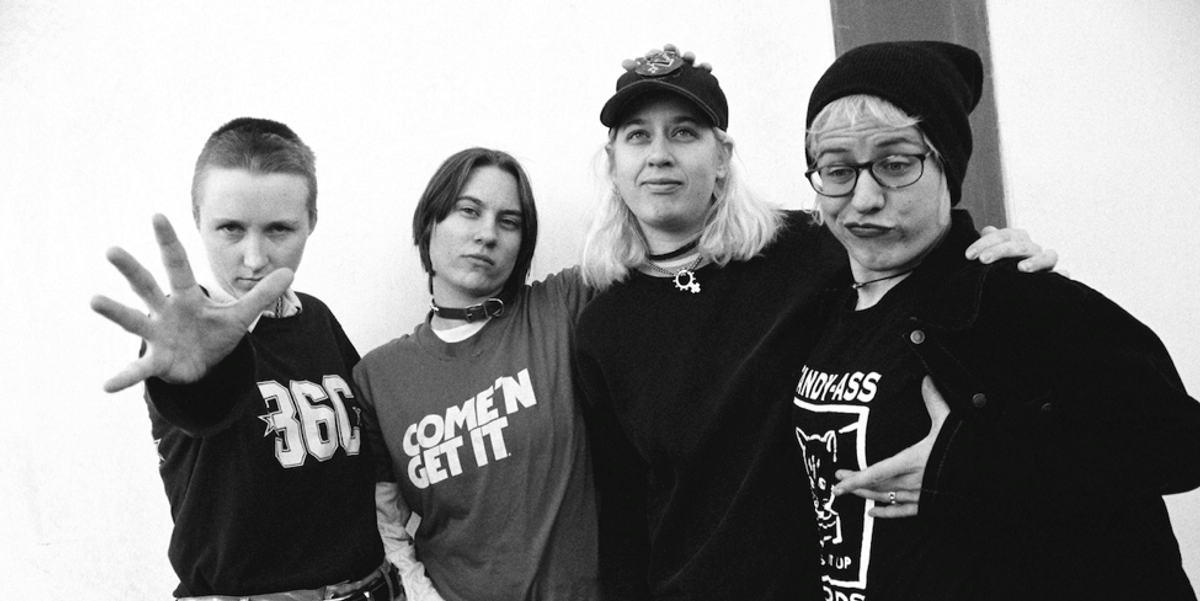 Team Dresch Is Back and Gayer Than Ever

At the intersection of punk, metal, and smashing the patriarchy with a queer fist, you will find the loud, in-your-face music of '90s band, Team Dresch. Key figures in the queercore and riot grrrl movements, the band emerged out of Portland's burgeoning DIY scene making their mark with a sound that was equal parts emotional and political. "Just when you thought life couldn't possibly get any gayer, Team Dresch is back to dance this Queercore mess around and talk about the climate crisis in between drop-D grunge licks," the band said in a statement. "Why? Because we're alive and want to be with our people."

Comprised of four openly lesbian members, Team Dresch's music spoke to the concerns of an LGBTQ community in the midst of the "Don't Ask, Don't Tell" era, determined create safe spaces where they could gather and make their voices heard. A lot has transpired in the years since Team Dresch first burst onto the scene but, in a way, not a lot has really changed. Under the Trump administration, LGBTQ and women's rights are still heavily under attack in new sinister ways, so it feels timely to have the fiery punk of Team Dresch back, here to save us once again.

Related | Cherry Glazerr Wants to Know if You're Fucking Kidding Them

The group broke up in 1998 but eventually reunited in 2004 for a series of live shows over the past couple of decades. If you weren't already familiar with Team Dresch now is possibly the perfect time to get acquainted since the band has announced that they are reissuing their two albums, Personal Best and Captain My Captain, on May 31st via Jealous Butcher. This comes alongside the promise of a new tour as well as the release of a new video for the band's classic track "Fagetarian and Dyke." The new visual features never-before-seen live footage of the group, offering a glimpse into the wild moshpit-filled shows of their heyday.

Watch Team Dresch's new video for "Fagetarian and Dyke" below: