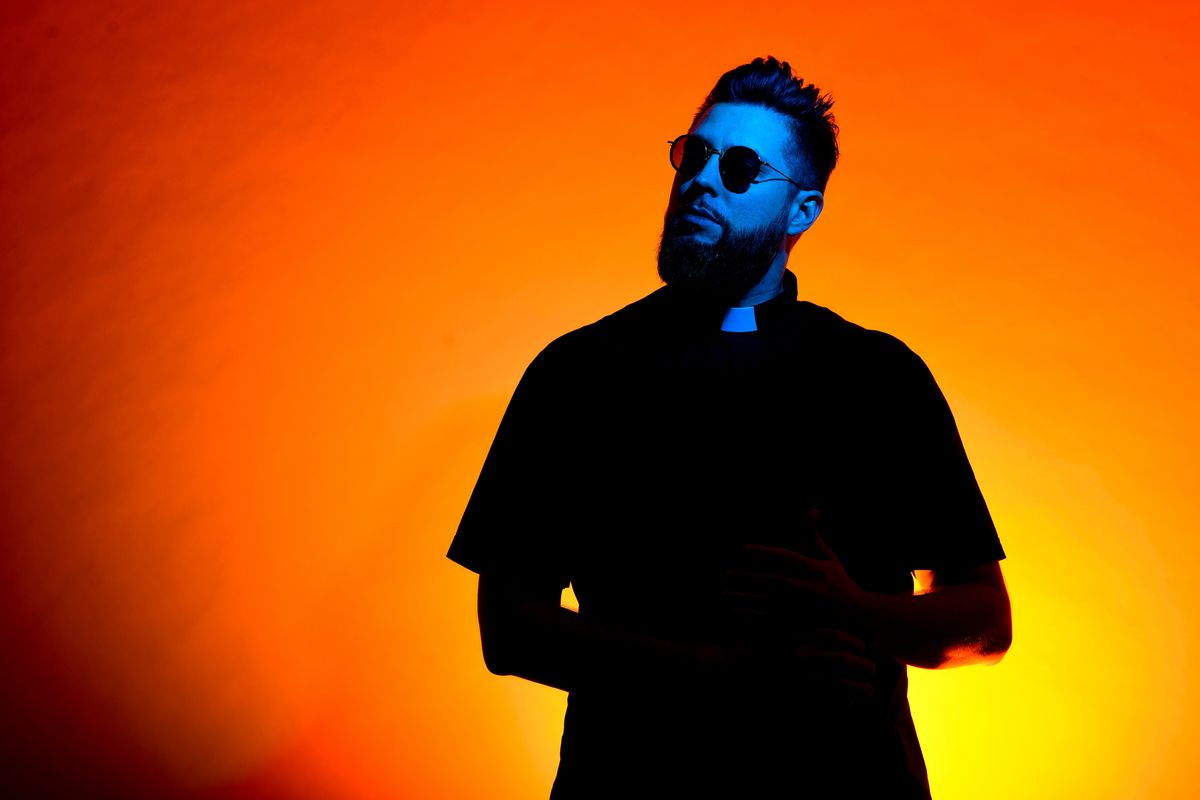 Parisian producer and DJ Tchami has spent the last few years creating a reputation for himself as a hitmaker. His unique brand of spiritual house music has garnered him a fanbase all over the world, and he counts artists like Skrillex, Diplo and DJ Snake as his collaborators. You're probably familiar with his recent work with Lady Gaga. Tchami lent his producing talents to Chromatica bangers "Stupid Love," "Rain On Me,""100 Doves" and "Babylon" (And he's also responsible for the ARTPOP banger that is "Applause," FYI).

Tchami hopes he can eventually leave his home in Miami, where he's been for most of the pandemic, and get out on the road and play all his new tracks. But in the meantime, he gave PAPER the lay-down for each song on the album. Read on to get the 411, and be sure to check on Year Zero here.

Chace and I met two or three years ago. He is an amazingly talented artist and I always wanted to create something with him. We finally did it in Paris and came up with a sketch for "Heartless." As I was crafting Year Zero, it became evident that this song would be a part of it.

During the creation of the album, I booked a few days at Abbey Road Studios in London and linked up with Daecolm. We had a pretty fruitful session but ended up not using what we did. Instead, he played me an acapella. It later became "Proud," which was the first single of the project.

This song is about being stuck in an unhealthy relationship. Suburban Plaza and I came up with the subject and being involved in the writing was definitely an eye-opening experience for me. As a DJ/producer, I often come across acapellas that I work on until it becomes a finished track but I like to be involved from the very beginning of a song.

I am a big fan of Zapp and Roger Troutman. I wanted to work on this sample for a long time because I knew it would definitely be a unique flavor on the album. Using samples can sometimes be difficult for clearing purposes, but it was worth a shot and I'm glad it worked out smoothly.

I understand it may be seen as an odd connection at first. Not for me because I always made music with all kinds of different artists. Back in France, I used to work a lot with French rappers before picking up an interest in electronic and house music. I would never want to limit myself to one specific genre that would encapsulate me or my music. There is so much more to it.

A lot of the early sketches for Year Zero were made with an OP-1. It's a small but powerful all-in-one production station. After listing "Praise" on the tracklist, I wanted to have something unexpected that would still feel coherent to come after on the tracklist. To me, an album is the perfect place to have these types of unexpected songs.

When I met Zhu, I was impressed by his authentic and highly aesthetic vision for his music. I come more from a DJ culture so it was an interesting and fruitful studio session that we had when creating "All On Me." His vocals were just on another level and he is in his own category as an artist. "All On Me" is a very unique piece to me.

When I played this one to my friends, they all freaked out in the best possible way. They described this song as the bridge between Tchami and what I used to do before. This one brings out a lot of my different influences, I guess.

During the time I was in LA working on Lady Gaga's Chromatica with BloodPop, I was introduced to Ant Clemons. When I played him the "Sweet Savage" instrumental, he wrote the song in no more than 20 minutes. It definitely was a fun session and I witnessed again how quick creativity occurs. It's effortless when you're sharp and ready.

I was stuck on the first version of "Monseigneur" and when I sent it to Tony, he basically sent me back a killer drop a few hours later. We finished the song sending sessions back and forth to each other. I think it packs his high-energy signature synth drop with the overall melodic impact that can be found in my work.

Stacy Barthe and I have known each other for quite some time. We made "After Life" together and it was only right that we would try to create something special for this album. I played her the instrumental and then she came with the amazing idea of "Rebirth." Who ever thought about having the ability to hit the reset button?

I started this one in Paris over the summer. Then, like it happens all the time, I hit a wall and couldn't finish the song. Snake helped me finish it later. This song is one of the reasons the album is called Year Zero. New beginnings.

"Ain't That Kind Of Friend"

I had this instrumental for a long time but didn't think it would end up on a Tchami project. The day I played it to Modesty, who is the singer and songwriter on the song, she came up with the idea and top-line almost instantly. I'm so happy with the result. It's not a dance track but more of a song, and 'Year Zero' needed that. Always wanted to express this side of me more.

Hana and I met in LA when I was there producing for Chromatica and she really liked the "Ghosts" instrumental. We had a long session writing the song with BloodPop and it came out great. She has such an amazing voice.

Snake came up with the idea for "Faith." He went to the studio with Marlena Shaw's acapella and literally told me "if you don't do this, I will." He didn't have to say much more. I was already on it.

I was so glad that Todd and I could meet to create some music. He is a complete artist, he can produce, write and sing. He's also versatile as he picked the one track that I didn't think was for him. Love what we did on the last song of Year Zero.