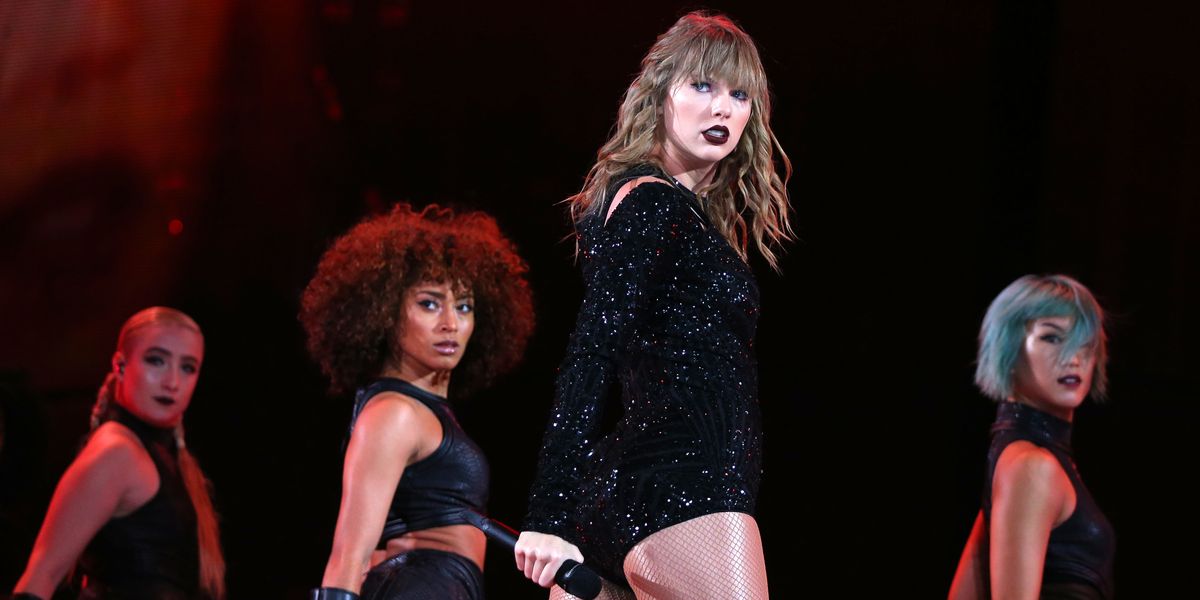 Taylor Swift Will Kick Off 2019 With a 'Reputation' Movie

Concluding Taylor Swift's bop-filled Reputation album — aka her iconic Disney villain rebrand — is a lovely song called "New Year's Day." It chronicles the aftermath of a night of partying and sharing a countdown-to-midnight kiss with someone special, and the possibilities of what lie ahead.

Always a savvy branding queen whose mind never seems to stop working, Swift takes the sentiment of that song and is giving us a gift to ring in 2019. Today, which is also her 29th birthday, the singer announced that her Reputation tour movie will premiere at 12:01 a.m. PST on December 31, on Netflix. (A switch! Her 1989 tour movie launched on Apple Music). Trailer below.

According to Entertainment Weekly, the Reputation film will document her tour's U.S. leg, which includes appearances from Charli XCX and Camila Cabello. Maybe Joe Alwyn's "ocean blue eyes," which are in all the Oscar-baiting movies these days will show face to really seal the deal.

Reputation's legacy endured throughout 2018, having sold more than three million copies this year and producing yet another monster hit for the singer's growing catalogue in "Delicate." The album narrowly missed the Grammys Album of the Year nomination window, but Swift will likely dominate 2019, what with a shiny new record deal and all.

Revisit Reputation, below. And Happy Birthday, Taylor Swift, you calculating, successful goddess, you!