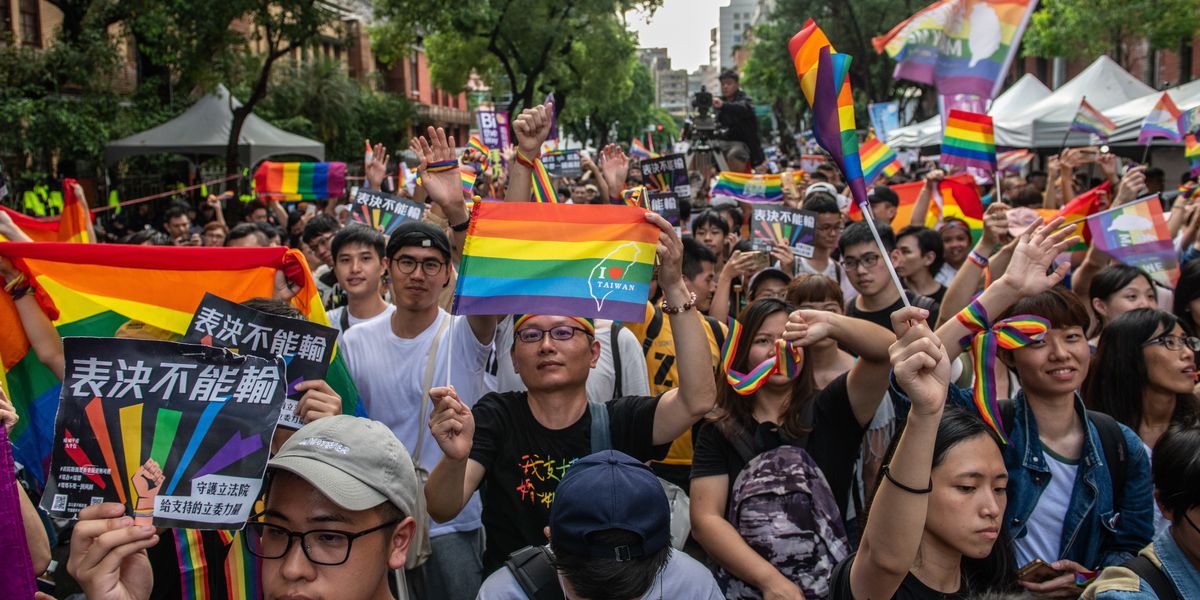 On Friday, Taiwan made history by becoming the first Asian country to legalize same-sex marriages.

The country's Constitutional Court first ruled same-sex marriage legal back in 2017, after which Parliament was given a two-year deadline for their decision, and was required to pass the changes by 24 May. And now beginning May 24, all the human beings on the LGBTQ+ spectrum in Taiwan will be able to marry whoever it is that they love. Gay rights activists who gathered outside of the parliament building in Taipei rejoiced in the rain when the big announcement was made.

Taiwan is known to have a large gay community, and its annual pride parade is the largest in Asia. Still, same-sex marriage remains a controversial subject among the island's people. In November 2018, the Taiwanese government held a referendum on whether marriage should be restricted to heterosexual unions between men and women. According to the Human Rights Watch, 67% of the 55% of eligible voters who participated in the referendum voted against marriage equality.

According to CNN, instead of same-sex marriage reform, conservative groups tried to push for "a law that would see gay marriages redefined as something closer to same-sex unions" — meaning that the legally unified couples would not have any benefits, and will only be recognized as a married couple on a state-level. The approved bill, which uses the term "marriage," was backed by LGBTQ groups, despite the fact it presents the possibility of same-sex couples being denied rights enjoyed by heterosexual couples, such as adoption and cross-national marriage.

Still, overall, this was a major win for Taiwan, for Asia, and for love!