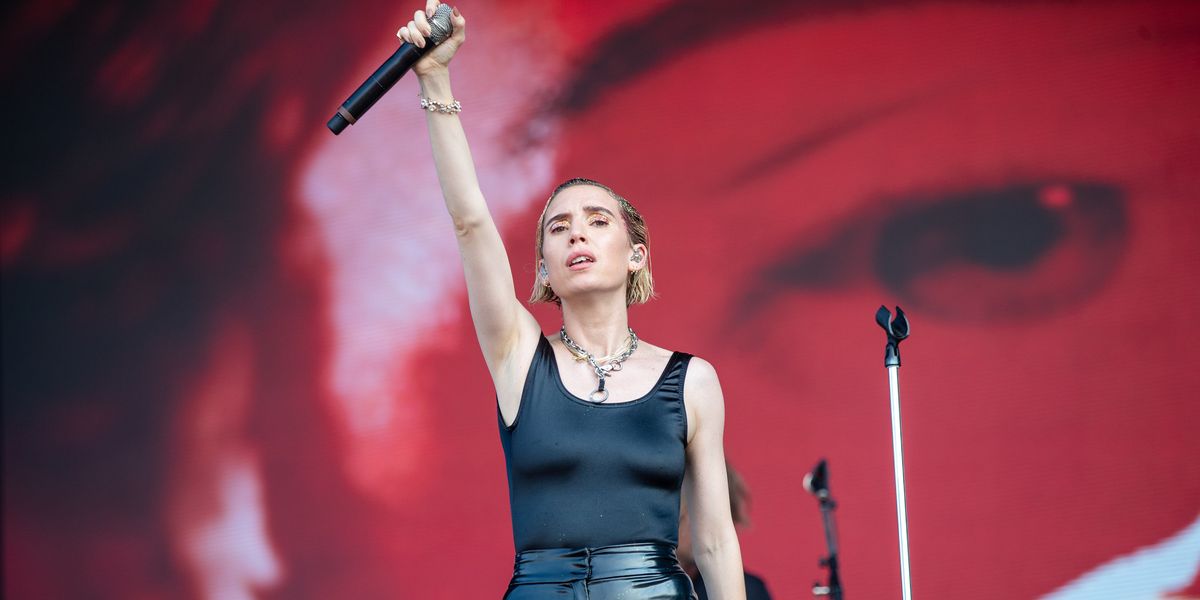 Lykke Li's aptly titled So Sad So Sexy was one of the best records of 2018. Full of chrome production, trap hi-hats, 808s, autotune and masochism — a pivot, except for the masochism, for the former queen of twee folk and luscious synths — it was basically the perfect music for dancing alone under a strobe light late into the night, confetti and flitter trampled on the floor. Who knew Lykke Li could make the club rock?

A year later, she decided to a half clubbed-up, half stripped-down companion EP to So Sad So Sexy that's called... wait for it... Still Sad, Still Sexy. I mean, yeah, it's been a tough year.

It includes four remixes and two original tracks. The new songs are "Baby Doves," an R&B slow-burner for especially forlorn grinding — and "Neon," a standout underwater bop all about late night euphoria, which, both in its optimism and its sonic warmth, is an exciting departure from the icy So Sad So Sexy era.

We also hear a skittery remix of the nihilistic "Sex, Money, Feelings Die," featuring Snowsa and a corny but catchy verse from Lil Baby, including the lyric: "Fucked her then I said I love her/ To be honest, by the time she wake I'll have another number."

Skrillex and Ty Dolla $ign's take on "Two Nights Part II' is a fun, sweaty, tropical Major Lazer-ish song. For when you're done dancing, she slowed and stripped down "Deep End" "So Sad So Sexy" to piano chords and her echoing voice, turning them into a couple of devastating, almost orchestral break-up tracks that could be right off of her 2014, I Never Learn.

It's a sad, sexy and extremely effective collection, fit to take you through a full summer night of emotions.

Lykke Li recently made a stunning guest appearance on Mark Ronson's "Late Night Feelings." She has shows coming up at Meow Wolf's Taos Vortex festival in New Mexico on August 16 and at her own YOLA DÍA festival in Los Angeles on August 18.