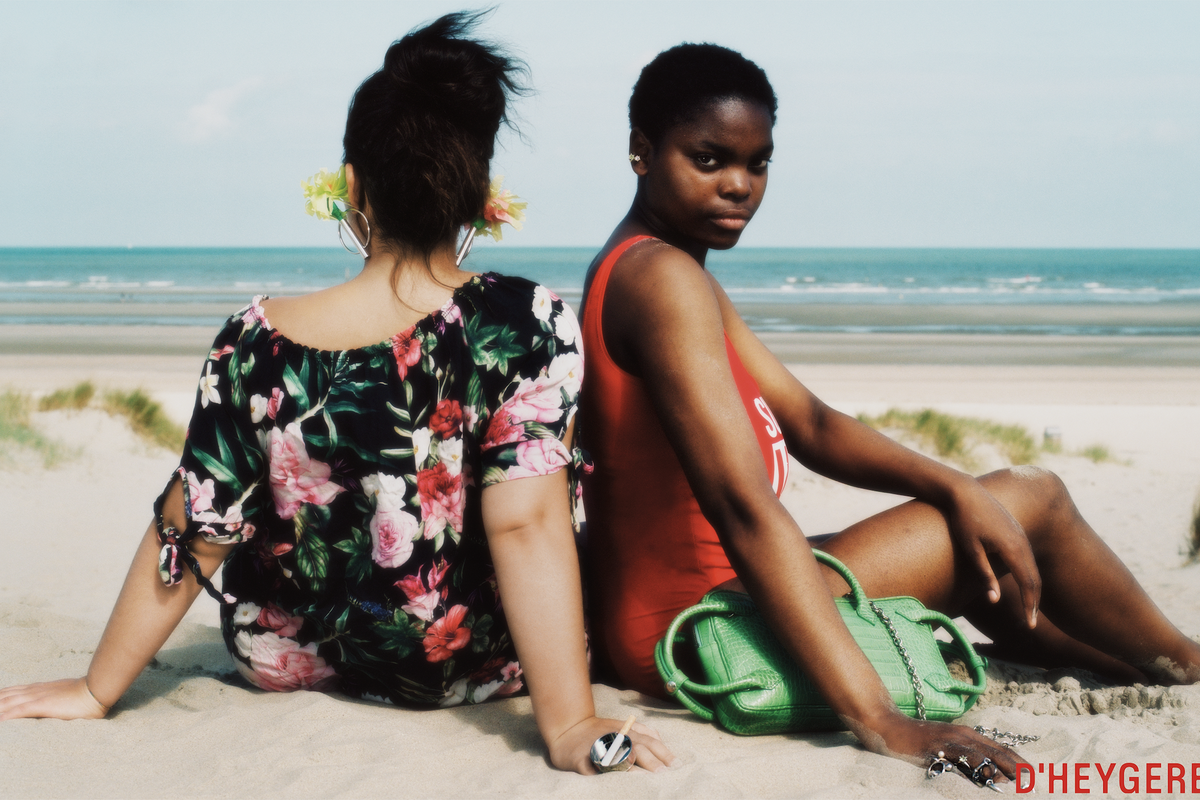 Breaking into the crowded accessories market is no easy feat, but designer Stephanie D'heygere has been slowly building a strong business centered entirely on playful, weird and luxe jewelry, and small leather goods.

In 2018, she launched D'heygere ("there's no wrong way to pronounce it," she says) after stints as the head of jewelry at Maison Margiela and the senior jewelry designer at Christian Dior. Since then, she's won the ANDAM Accessories Prize, presented her accessories collections during Paris Fashion Week and launched her own e-shop this summer after being stock at places like SSENSE and Selfridges.

Among her most popular pieces are items with keychain fastenings, bracelets resembling cigarettes, ear studs made in the likeness of diamond rings and gloves that can moonlight as chokers. But it's her best-selling canister hoops — earrings configured with a canister to carry small items like banknotes, flowers and pencils — that encapsulate D'heygere's mantra the best: accessorize your accessory.

"This is the first design that I had for the brand," she tells PAPER of the canister hoops. "I had it in my mind and I did not want to give it to any of my clients so I was like, 'Maybe it is time to do something on my own.' For me, this earring is very important, I would like to have it on the e-shop forever"

The clients she refers to are the various buzzy Paris designers she's previously freelanced and consulted for, including Jacquemus, Y/Project and A.P.C. She's also embarked on collaborations with the likes of Longchamp and BIC, lending her accessories expertise with emerging and established names alike.

She cites artists Marcel Duchamp and Marcel Broodthaers as constant sources of inspiration, which is evident in the witty and avant-garde nature of her jewels, twisting ordinary materials into functional adornments made from silver and leather.

Despite only being two years old, D'heygere already counts a solid celebrity clientele base including Kelly Clarkson and Rihanna, the latter of which bought some pieces from her at Dover Street Market London.

"What was very cute was the pair of hoops that she bought there, we did an installation at the store and we needed fake flowers to put in the earrings, to really show how you can wear it, but we could not find any so we actually had to steal one from a terrace and put it in the earring during the installation," she recalls. "When Rihanna was wearing the earring we realized she was wearing the same flower that we actually stole from the cafe! [Laughs]."

Another piece that customers have gravitated toward is a T-shirt with incorrect spellings of her last name, which pokes fun at how people still can't spell her name correctly whether on e-mails or on packaging labels. "We collected all of the misspellings and we have enough information to make a second T-shirt," she says. "Instead of getting frustrated it is better to make it into a joke."

That sense of humor and irony has helped D'heygere cultivate a cult following on Instagram, including fans like Diet Prada. The shoehorn earrings, double bucket hat bag and lipstick holders are just some of the novelty items helping it gain a foothold in the luxury accessories space.

This is a different path from what D'heygere first envisioned herself in, having originally studied garment design at the Royal Academy of Fine Arts Antwerp intent on a career in ready-to-wear. (She describes her first encounter working in accessories during an internship as a "eureka moment.") But she acknowledges that, thanks to the happy accident, she feels she's found her way.

"I feel very blessed that everything came together somehow after school which is fine," she says. "I am not going to say that I am never going to design garments anymore, but now with the accessories, some of the accessories are inspired by garments and so I think that is a huge wink to my studies. For me, designing accessories, I do not know what it is but it really is easier."