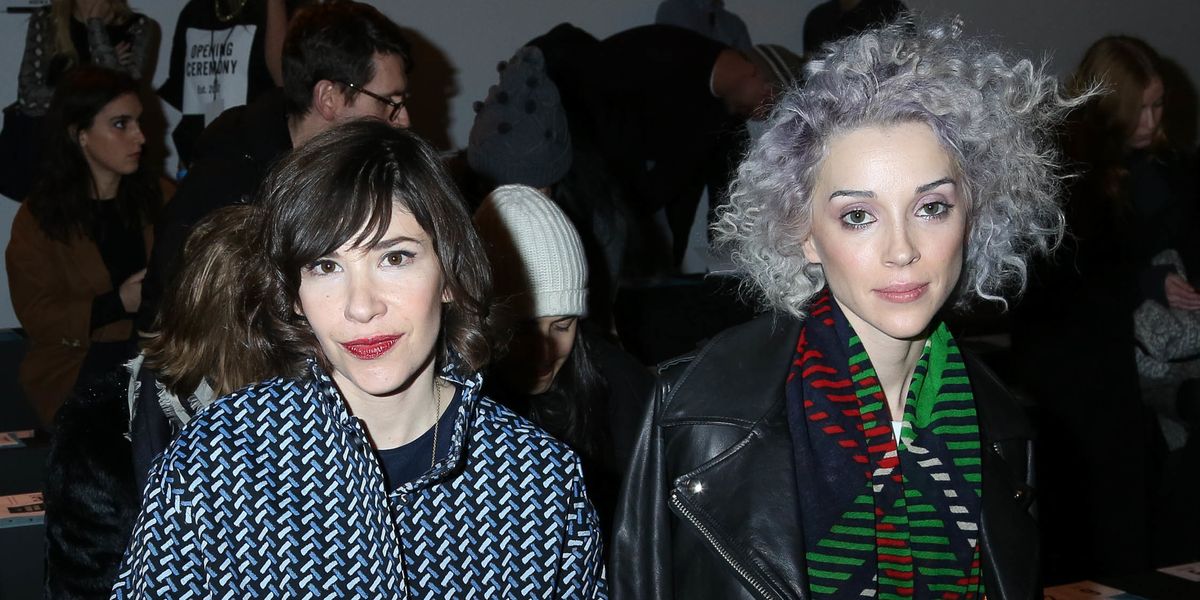 Today in things that make so much sense you can't believe they didn't happen earlier: St. Vincent is in the studio with Sleater-Kinney! She will produce new music for the veteran group, to be released in 2019.

Very little information has been released about the upcoming collaboration, but the official Twitter accounts for both St. Vincent and Sleater-Kinney posted slightly different photos confirming it this morning. In one photo St. Vincent is smiling, and in another she's pouting. Probably not relevant, but I noticed and wanted to say something.

Some of St. Vincent's music takes obvious influence from that of Sleater-Kinney, and she's covered their 2005 The Woods track "Modern Girl" in the past. She's definitely well acquainted with Carrie Brownstein already: in 2017 they collaborated to produce a series of short comedic films.

Sleater-Kinney's most recent album No Cities to Love came out four years ago, after a ten-year hiatus between records. Women musicians are returning to save 2019!