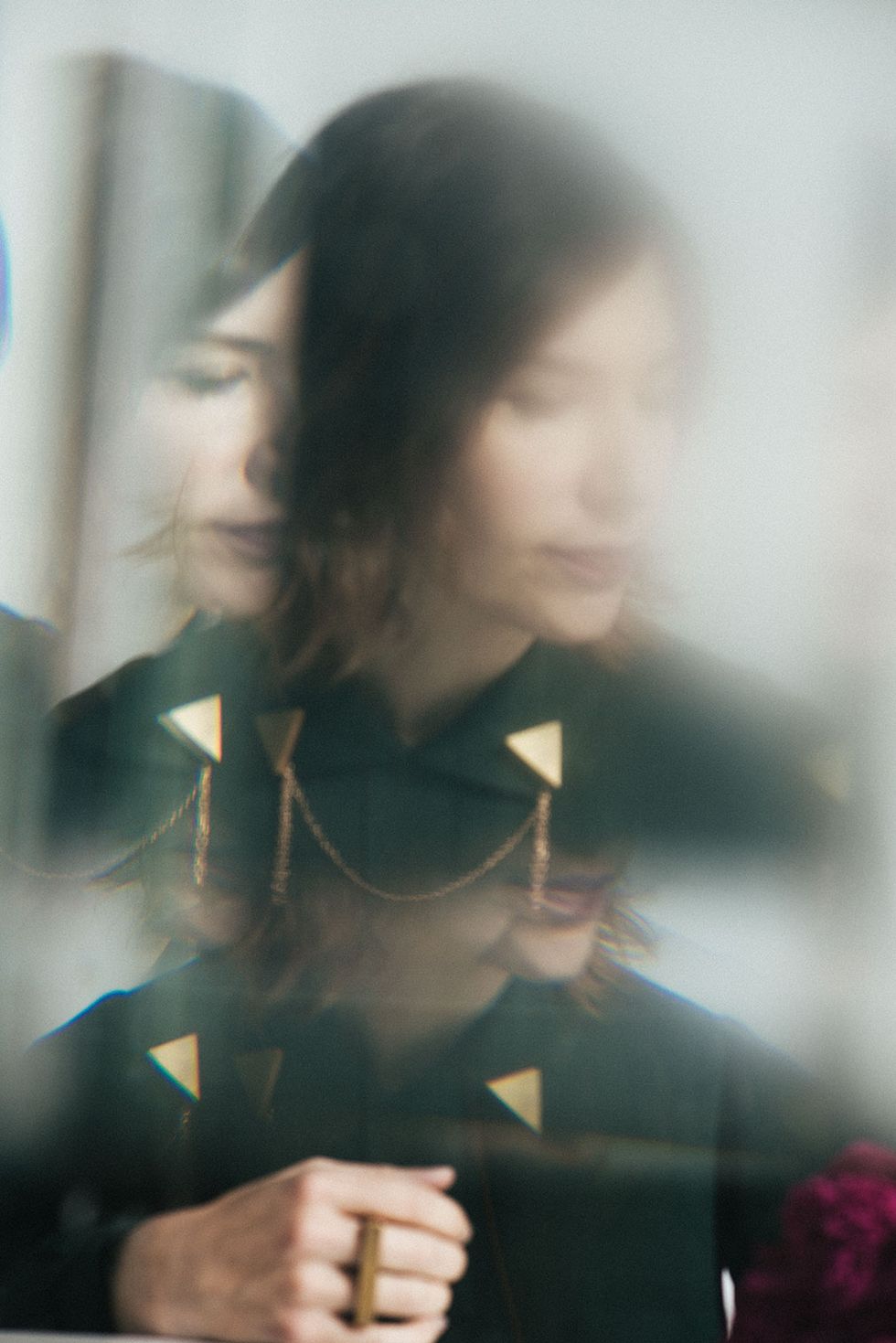 Carrie Brownstein doesn't normally like to look back. She made this exceedingly clear on "Entertain," one of the standout cuts from her iconic group Sleater-Kinney's 2005 album, The Woods, a song in which she tore into a class of rock bands that she felt were rehashing the past without offering anything new ("You're such a bore/1984/nostalgia/ you're using it like a whore"), a cardinal sin in the eyes of this ever-restless spirit. So you wouldn't think she'd be one to write a memoir or get the old band back together, but rock 'n' roll is unpredictable that way.

A year later, Brownstein's band was done. Sleater-Kinney pushed themselves and their listeners to try harder and feel more, which took a toll, especially on Brownstein. After their break-up, she laid low for a few years and made a go at civilian life. Eventually, she formed a new band, the short-lived Wild Flag, and co-created the gentle hipster spoof Portlandia for IFC.

A decade later and in the midst of the busiest year of her life so far, one that has seen her star in two buzzy television shows (she's also a regular on the acclaimed drama Transparent), appear in Todd Haynes' new film Carol, headline the Pitchfork Music Festival and even throw the opening pitch at a Seattle Mariners game, Brownstein now finds herself back in Sleater-Kinney, touring behind a new album after a nine-year hiatus, and about to release her memoir, Hunger Makes Me A Modern Girl. She insists there is still no love lost between her and nostalgia , though she's aware of the irony. While writing Modern Girl, which follows her journey from an awkward Pacific Northwest teenager with an absent mother to "finding salvation through creativity" by forming Sleater-Kinney, Brownstein strove to avoid rock-book hagiography. She focuses as much on the heartbreak and strife of her time in the band, looking unflinchingly at the dysfunctions that eventually tore it apart, as she does on the highs of young love and conquering the world with your friends. "I feel like there's enough perspective in the book that it's not overly sentimental or glorifying," she says, calling from Los Angeles during a Portlandia production break. "It's not a 'these were the days' book." Modern Girl details Brownstein's time getting indoctrinated into the more-punk-than-strictly-necessary world of Olympia, Washington's Riot Grrrl scene, falling in love and then breaking up with her bandmate Corin Tucker and her complicated relationship with her father, who came out as gay after she'd already been outed by the press. Even though everyone she cares about knows what is coming, she says that "about two weeks ago, I woke up in the middle of the night in a state of sheer panic" out of fear of her loved ones' reactions to her putting everything out there. But it's not like she had any other choice. "I am a guarded person, and I am someone who really values privacy, but there is a level of honesty and transparency that I wanted to relay," she says. "It seemed like to hold things back didn't serve the narrative." Though Portlandia is why Brownstein is famous, Sleater-Kinney is why she's legendary. Her TV career isn't touched on at all (though she says her experiences in the crunchy Northwest music scene serve as "the seeds" for Portlandia), as Modern Girl ends shortly after the band does, with the closing chapters dedicated to her struggles to adjust to life without them by throwing herself into volunteering at a local animal shelter ("It was kind of like getting over a relationship," she says of the time. "You can't predict how long it's going to take") and an epilogue about their first show in almost a decade. Though the first show provides a fitting closing, Brownstein actually started writing the book before she, Tucker and drummer Janet Weiss decided to make another album. "It was so strange in its synchronicity that it almost felt like through writing about the band, I somehow exhumed this corpse," she says. "It felt so alive to me on the page when I was writing about our tours and our recording sessions, and then all of a sudden, it was like I conjured the spirit of the band again, and we were practicing." While Brownstein was willing to look back in her book, Sleater-Kinney wanted to look forward. They pushed themselves to avoid sounding like a nostalgia act and instead created No Cities To Love, one of the best rock albums of this year. "We were concerned about retreading a version of the band we had already done, or putting out something that didn't push the story of the band further," she says. Modern Girl offers a stark look at the strain that touring life took on Brownstein; she talks openly about her battles with depression and anxiety, including a difficult-to-read account of her nervous breakdown, which ultimately ended the band. "If people perceive you as happy and funny but inside you're hurting, I think it can be hard to break through and let people know you're suffering," she says of her decision to be honest about her struggles. "It's just a hard conversation to have, I think, no matter what." Though she now feels fortunate not to be stuck on the tour-record-tour "hamster wheel" of the working musician, Modern Girl makes clear that, as famous as her other gigs might make her, fans don't need to worry about completely losing her to acting. While there are no immediate plans for another Sleater-Kinney album, Brownstein says, "It doesn't feel like we came back just to do one more record. It feels like we came back to have this be a continuation of our lives. There is something so fundamental about music to me. It feels so necessary and fulfills a recklessness that just can't be stated otherwise."