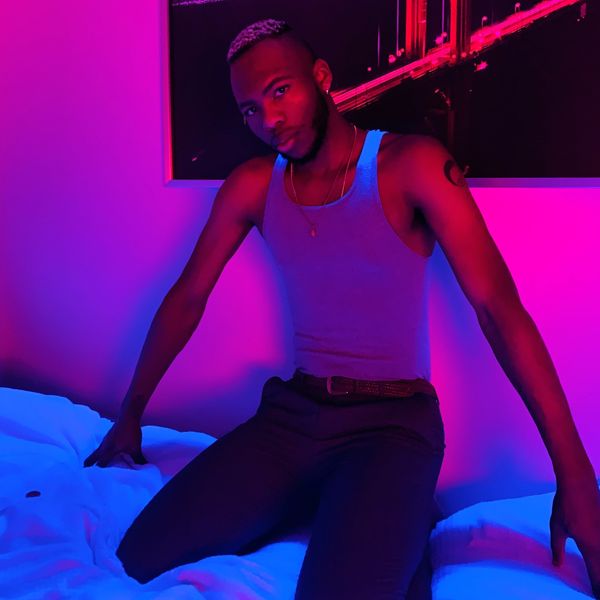 Justin Ingalis Is Putting Des Moines on the Map

Des Moines, Iowa is a city not typically known for its thriving music scene. The biggest act to have come out of Des Moines is, according to a quick Google search, Slipknot. It is about as quintessentially "Midwest" as a town can get — a small metropolis surrounded on all sides by hundreds of miles of corn fields and not much else. But it is the place that Justin Ingalis currently calls home.

On first glance, Des Moines may seem like an odd choice for the openly gay Ingalis, but it's worth noting that Iowa was the third state in the US to legalize same sex marriage approximately 10 years ago. The annual Pride parade draws thousands, and this year attracted 10 Democratic Presidential hopefuls looking to secure the queer vote, making Des Moines an unlikely queer capital of the Midwest.

Hot off the release of his debut album, The Things You Do To Me, Ingalis could just be the queer answer to a Slipknot-defined legacy that we know Des Moines is pining for.

PAPER caught up with Justin Ingalis to help you get to know the alt R&B crooner a little bit better. Follow him on SoundCloud, here.

I would describe my sound as alternative R&B. I don't want to be put in a box. I love writing to many genres, but find a great way to make it my own sound.

The most insane show I have ever played would have to be DSM [Des Moines] Pride. The story leading up to it is just too iconic.

My influences are artist like Ciara, Prince, Chris Brown, and Michael Jackson. Just to name a few

First MP3 I ever downloaded was Ciara's "Goodies."

My queer music icons would have to be: Kandy, GodIsMikey, Street Queer, Colo Chanel, Frank Ocean and Kehlani.

Pride to me means being yourself. No limits. Learning to love who you are no matter who thinks otherwise.

HUGE discrimination. Being a gay man, let alone a gay Black man, in the industry is difficult. It's hard to break past people's walls and get them to enjoy your music without being hung up on, "Oh, he's gay. He's gonna talk about another man. I can't listen to that"

Doing more things for the community. Opening bigger doors, shows, opportunities for us.

Why do you think SoundCloud important to creators in the LBGTQ community?

Because it reaches a bigger mass of people. There's no boundaries with SoundCloud. Artists can post their craft and their content knowing it's going to be heard.

I discovered many like GodIsMikey, Zé Taylor and so many more.

Definitely touring soon. Working on some really amazing things. Visuals and content. As an independent artist you have to take hold of what you have and push. You will see me very, very, soon.