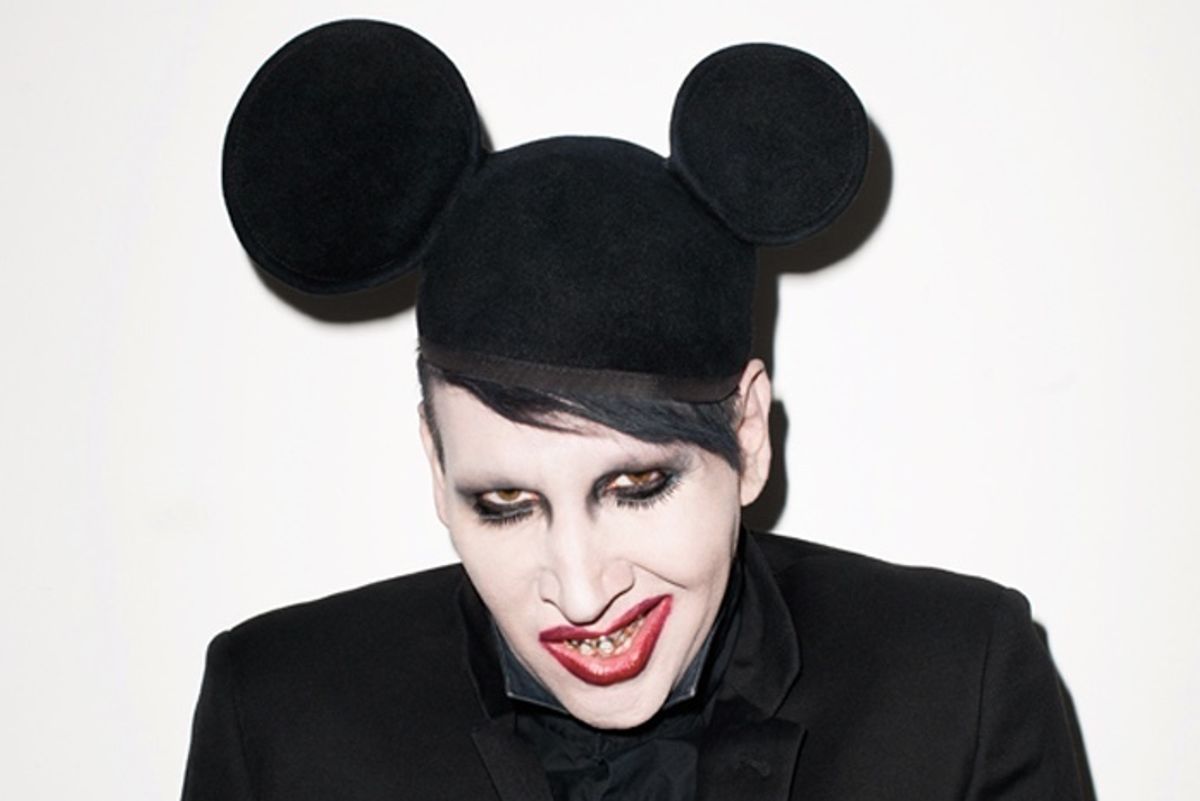 We Need to Talk About Marilyn Manson

According to Stereogum, Slipknot's front-goblin, Corey Taylor, has been soldering through post-spinal surgery hell, performing in a neck brace, pulling his weight like a come-through queen.

Unfortunately, Mr. Manson (real name Brian Hugh Wagner) has been treating the crowd to half-dead sets, slurring and moaning, and wobbling to and fro.

Here's a :( moment from a concert in Hershey, Pennsylvania.

After barely surviving through a painful rendition of his legendary "Dope Show," Marilyn yells at the venue techs to fix a chord that he tripped on, stating, "Don't give me that uppity look, cause you're not black."

At another show held at Jiffy Lube Live in Virginia, Marilyn was swaying so much while performing "The Beautiful People," that he fell off the stage.

We hope all is well with Marilyn and that he gets back into tip-top Antichrist Superstar shape soon.