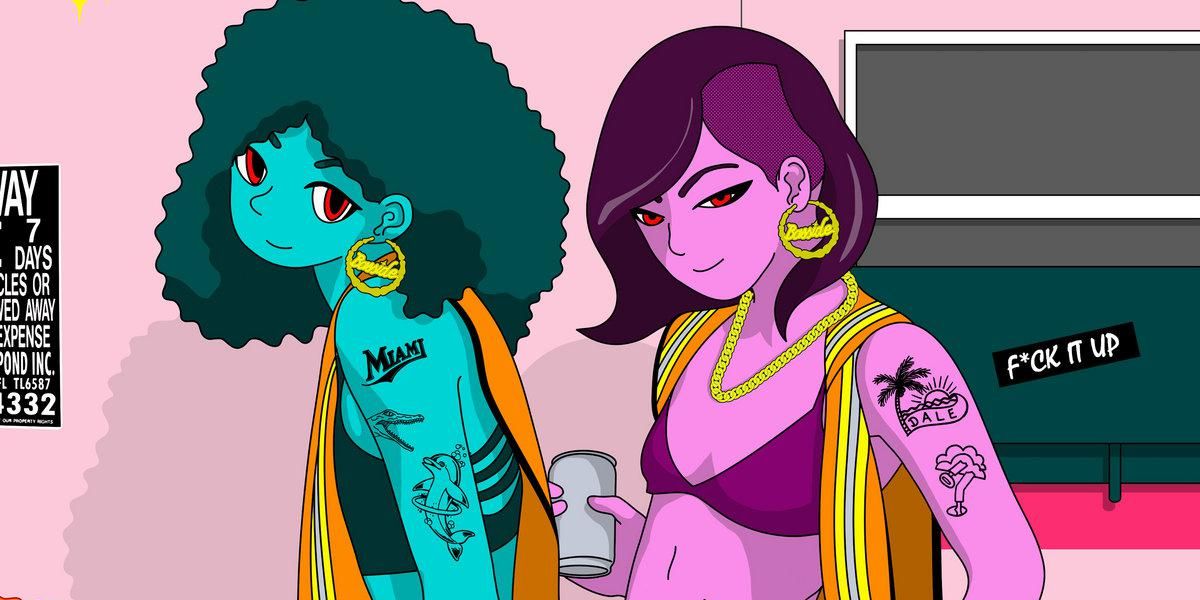 Basside and SOPHIE — "Fuck It Up"

SOPHIE had a notoriously good A&R ear, and had a habit of remixing and producing for relative unknowns, as is the case with Miami bass duo Basside, whose new EP was produced by SOPHIE. From the sounds of it, it's a match made in heaven.

"HOT HOT" is a new look for Bree Runway, but we're not complaining — as far as summer anthems go, this one is gonna be hard to beat.

MNDR — "Love In Reverse (with Empress Of)"

MNDR and Empress Of, two supremely underrated pop writers, team up on this devastated, romance-obsessed track; the result is glamorous and appropriately camp.

The airiest, poppiest moment on Ecco2k's new "pixie music" EP, "In The Flesh" is glowing and crystalline.

Waxahatchee — "Fruits Of My Labor"

Waxahatchee has been covering this Lucinda Williams classic for years in her live sets, and this gorgeous, simple recorded version was worth the wait.

Courtney Barnett & Vagabon — "Don’t Do It"

Courtney Barnett and Vagabon make some kind of magic together; their second collab this year is just as spellbinding as the first, and does Sharon Van Etten's early songwriting justice.

BROCKHAMPTON — "COUNT ON ME"

BROCKHAMPTON fans have been manifesting a collaboration between the band and Shawn Mendes. It's finally here, and just as weird and chaotic as you'd hope.

With the release of a new EP, Nasty Cherry basically has enough music to soundtrack a whole ass 2000s teen film. "What's The Deal" would surely soundtrack a climactic emotional scene.

Related | Nasty Cherry's Gabi Bechtel Strips Down for 'Her Body'

Our favorite rising star ELIO knows how to pick 'em — her remixes collection, which already features reworks by Valley and Charli XCX, now also has this beautiful remix courtesy of Adam Melchor.

St. Vincent — "The Melting Of The Sun"

"The Melting of the Sun" showcases an older, wiser St. Vincent in full storyteller mode, and it's beautiful.