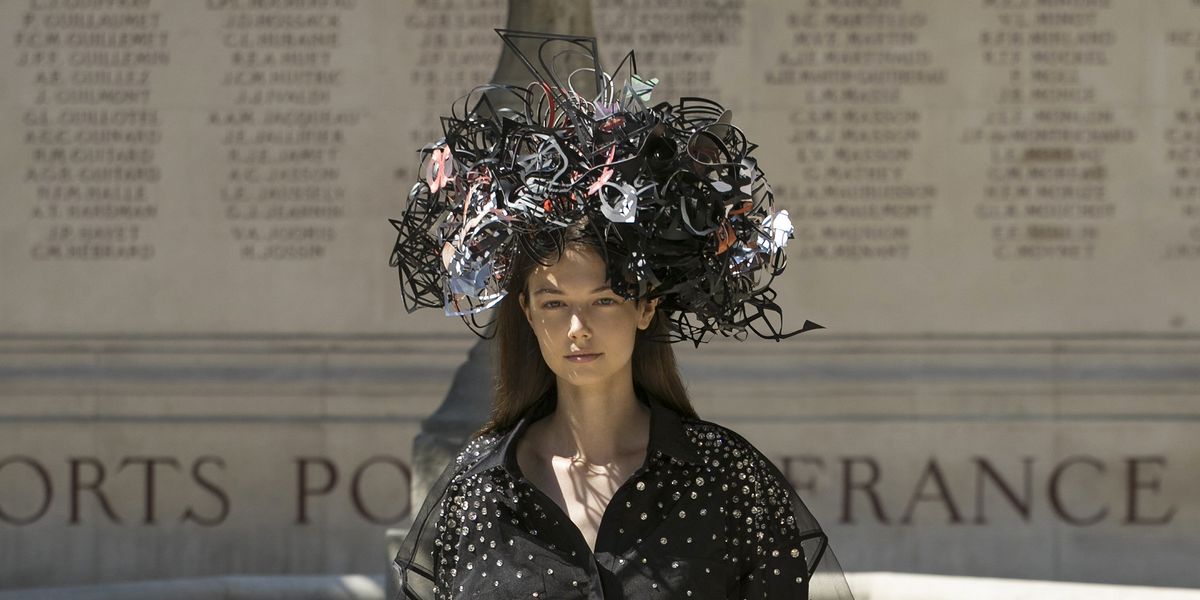 The late Sonia Rykiel arrived on Paris' fashion circuit in 1968 with a simple, snug-fitting sweater that eventually became a pillar of fashion's ready-to-wear revolution. With one look at the label's knits upon their launch, Marylou Luther of the Los Angeles Times declared that couture was insufficient — one simply had to have "a Rykiel."

Since then, couture techniques have come back into favor thanks to a handful of designers creating artisanal ready-to-wear to offset the industry's frenetic pace. On Sunday, Sonia Rykiel's artistic director Julie de Libran took this notion a step further in "L'Atelier," the brand's inaugural haute couture collection — which also marks its 50th anniversary — staged at The Pantheon in Paris's Latin Quarter.