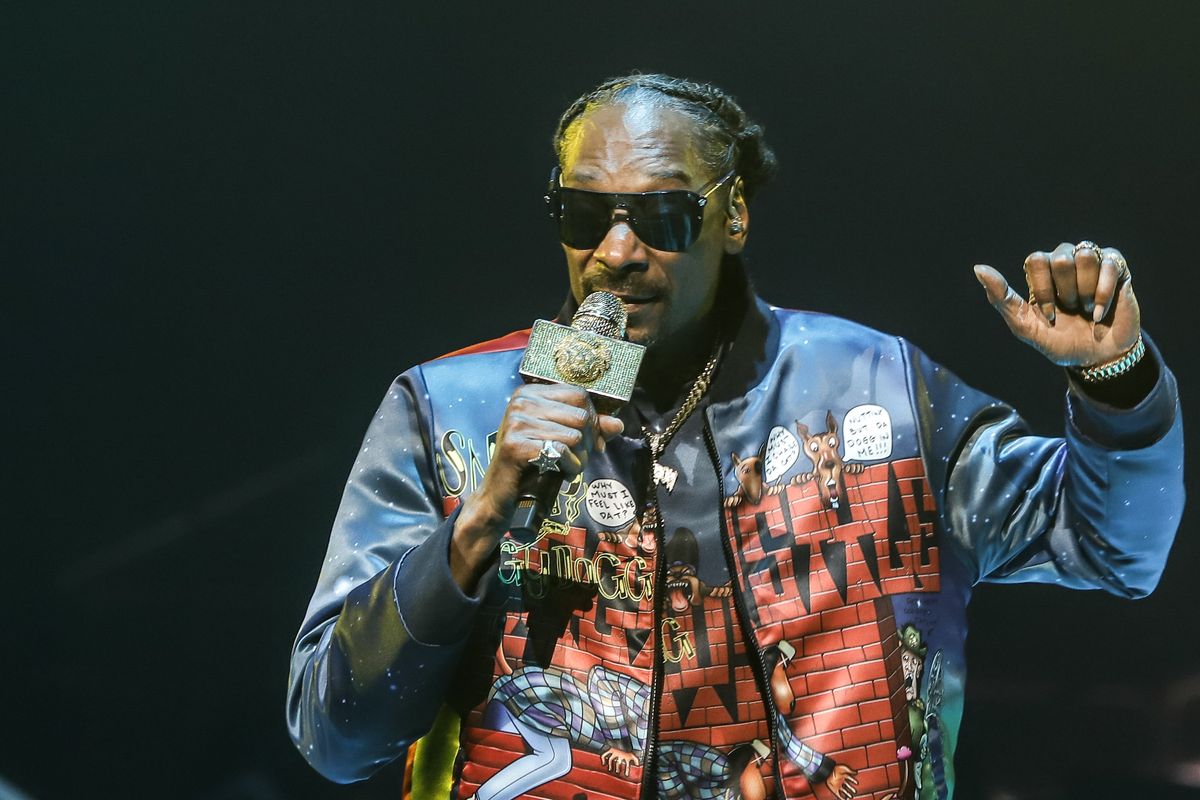 Snoop Dogg went on a multi-post tirade against Gayle King today, after the CBS anchor brought up Kobe Bryant's 2003 rape allegations in an interview with women's basketball star and friend of Bryant, Lisa Leslie.

In an Insta video, Snoop directed a volley of choice insults and threats at King, accusing her of being racist in focusing on Bryant's alleged crimes more she would have with a white man (King has reported and commented on a wide swath of sexual assault cases, including Charlie Rose and Harvey Weinstein).

"Gayle King… outta pocket for that shit," Snoop said in a video. "...What do you gain from that? I swear to god we the worst, we the fuckin' worst. We expect more from you Gayle. Don't you hang out with Oprah? Why y'all attackin' us? We yo people. You ain't comin after fuckin' Harvey Weinstein asking them dumb-ass questions. I get sick of y'all. I wanna call you one… is it okay if I call her one? Funky dog-haired bitch. How you dare try to tarnish my motherfuckin homeboy's reputation, punk motherfucker. Respect the family and back off bitch, before we come get you."

He later posted "Hey Gayle. Fuck u. Kobe was our superhero. Bitch," along with photos of King and her close friend Oprah (who he's decided is also guilty of throwing Black men under the bus) posing happily with Weinstein.

In the interview that set Snoop off, King asked Leslie if she felt the sexual assault case "complicated" Bryant's legacy. (In 2003, the basketball star was accused of raping a 19-year-old woman in Colorado. The case was eventually settled out of court and Bryant apologized, acknowledging that it was a non-consensual encounter.) "It's not complicated for me at all," Leslie answered. "I just have never seen him as being the kind of person that would do something violating to a woman or be aggressive in that way. That's just not the person I know."

King defended her choice to ask Leslie about Bryant's rape allegations, but empathized with critics like Snoop, saying the way the clip had been packaged was misleading.

"I know that if I had only seen the clip that you saw," she said. "I'd be extremely angry with me too. I am mortified, I'm embarrassed and I am very angry... My network put up a clip from a very wide-ranging interview, totally taken out of context and when you see it that way it's very jarring. It's jarring to me."

According to King, she discussed lots of positive parts of Bryant's legacy as well. "We talked about many things, his career, his passion, his sense of humor, the way he was mentoring other people, how he was starting his next chapter."

But on the bottom line, King "Yes we talked about that court case, because… I wanted to get Lisa's take on it as a friend, who knew him well, what she thought, where that should stand… it was very powerful when she looked me in the eye as a member of the media, to say it's time for the media to leave it alone and to back off. During the course of the interview, I asked follow up questions because I wanted to make sure that her position and perspective were very clear."

Snoop has yet to address King's video.