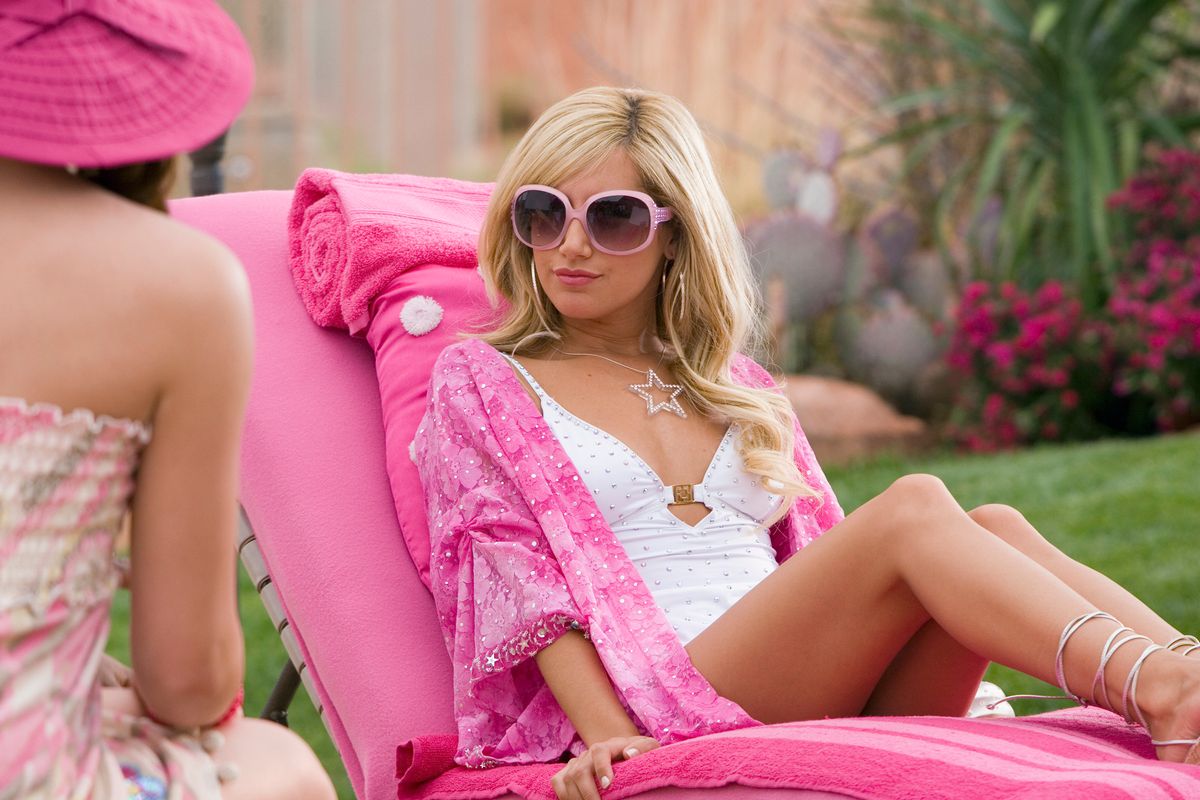 There was a period in pop culture where blonde Paris Hilton-esque divas in pumps and pink feathers stalked the halls of high school films, terrorizing virtuous but often, extremely dull brunette ingenious, who "didn't know they were beautiful" and so on and so forth. One such diva was High School Musical's Miss Sharpay Evans, played by the ever-winning Ashley Tisdale, recently chatted with PAPER about mental health, her new album and her iconic red carpet style of yore.

As our aughts nostalgia has reached a fever pitch, Sharpay has accrued cult antihero status. Today, thanks to the the good people of Twitter, we're finally fully reckoning with the fact that she was by far the most interesting and dynamic character in High School Musical.

I mean Gabriela: charming, gentle, sweet, charitable, shy, boring, needs a man to tell her she's beautiful... who can relate? Meanwhile, Sharpay — ambitious but insecure, calculating but messy, knows she's hot and unappreciated but still likes a boy who doesn't like her back — is the true everywoman of the film.

The Discourse began when a clip of Sharpay and her iconically closeted brother Ryan's "What I've Been Looking For" sequence resurfaced on Twitter today, which coincided with one fan sharing a Power Point she made for a class, about "How Sharpay Evans Was Bopped From the Top."

Her case for Sharpay? She and Ryan were intrepidly dedicated and professional, while Troy and Gabriela were late, sloppy and unprepared. Also, "the callbacks were a SCAM" because theatre director Mrs. Darbus was a "clout chaser" who just wanted to use Troy's popularity to pack audiences. Scream!

i really made a whole powerpoint and presented it in front of my freshman college english class on why sharpay was… https://t.co/CyittbTAKe
— ✰em✰ (@✰em✰)1568620542.0

The Power Point emboldened the previously silenced Sharpay hive to come forward, and defend their queen.

The person who knows Sharpay best, Miss Tisdale even hopped into the group chat to explain, "Sharpay was chasing her dream, Troy and Gabriella were chasing each other."

Hopefully, as we continue to rethink the value of characteristics like "bitchiness" in women, the Sharpays of the future can be appreciated in real time.