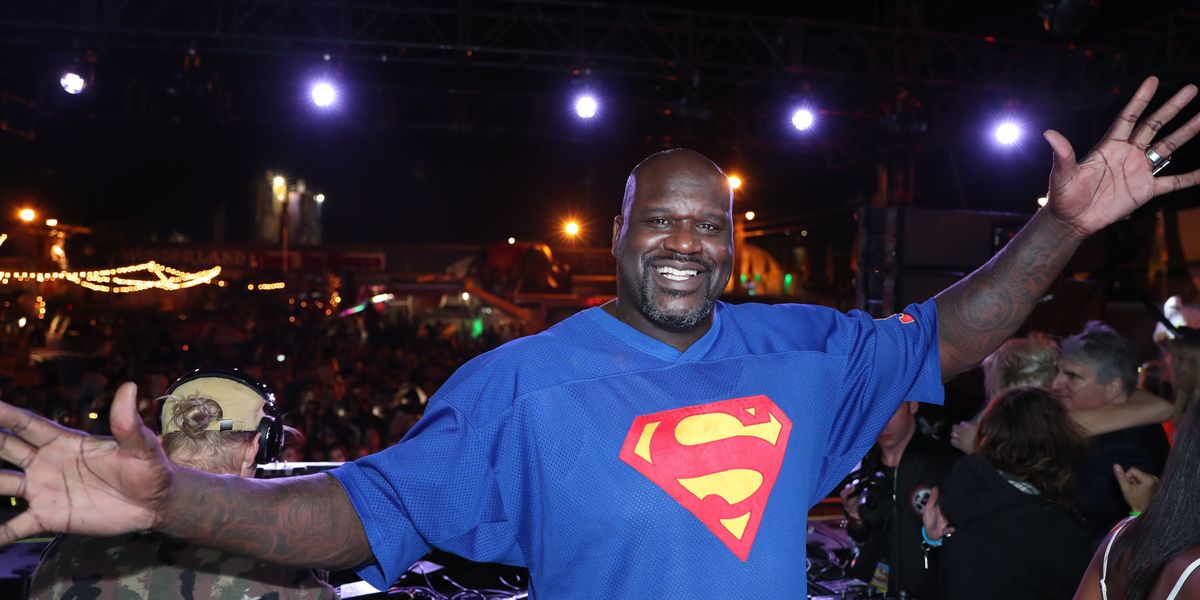 You Can Literally DJ With Shaq for $200K

Decorated NBA player, movie star, Beyoncé super fan, and newly anointed member of Papa John's board of directors Shaquille O'Neal has proven time and again that he is a man of many talents. Like Idris Elba, Paris Hilton, Ansel Elgort, and Hodor from Game of Thrones, Shaq has been known to occasionally moonlight as a DJ — specifically, as DJ Diesel — playing everywhere from Las Vegas clubs to an upcoming set at this year's Lollapalooza. But before that happens, he is returning to Miami for what can only be described as a "Shaq-sized" event.

Related | Idris Elba Was the DJ at the Royal Wedding

Shaq has announced that he is bringing back his Fun House festival, which last year featured performances by Diplo, A-Trak, Steve Aoki, and an impromptu dance off with the New England Patriot's Rob Gronkowski, just in time to for this year's Miami Music Week. Like any good festival, there's an insanely priced VIP package for those with money to burn. Dubbed the "Big Daddy," the package has guest can shell out a cool $200,000 for the opportunity go back-to-back with DJ Diesel for a five minute set (which is more than enough time to play "Space Jam" and "We Genie" off the soundtrack of the hit 1996 film Kazaam).

As if such a priceless experience wasn't already enough, the package also comes with 20 tickets to Shaq's Fun House Miami, 20 bottles of Brut Champagne and 15 bottles of spirits, elevated seating on the Hakkasan VIP deck, a party bus to and from the event, Shaq autographs for the group, and a button that allows you to control the on stage pyrotechnics. Some might say it is too much power for any one person to wield alone, but what is clear is that this VIP package-to-end-all-other-VIP packages is too good to pass up.

"I don't know how they come up with this stuff," Shaq told PAPER. "I usually never take song requests, but I may make an exception this time around!"

Tickets for Shaq's Fun House Miami are still on sale and if you consider yourself enough of a baller to pick up the gauntlet the "Big Daddy" package has thrown down, interested parties are encouraged to email [email protected] for further details.