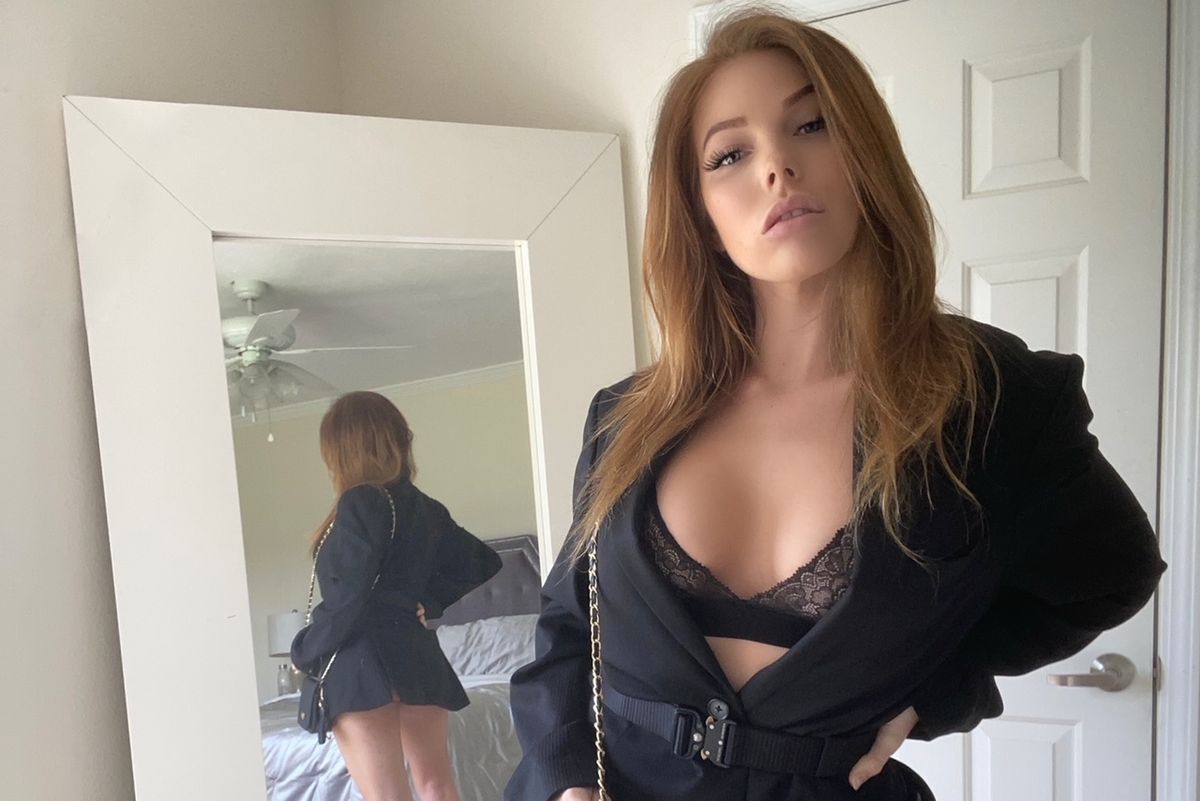 It's no secret that in the past six months, people all over have been joining subscription-based platforms like OnlyFans and FanCentro, which allow online models to charge a recurring fee for access to exclusive adult content.

But amid the ongoing pandemic, more and more individuals have been turning toward these sites to make money, including amateurs, offline sex workers pivoting to online and performers moving away from studios. However, in between things like banking issues and legislation like FOSTA/SESTA, those who are brand new to the online sex work industry often face a steep learning curve.

And this is where FanCentro's new educational initiative comes in.

Launched on September 30, Centro University is an online business school teaching everything from film production to accounting to censorship law for adult model-influencers. Taught by sex work entrepreneurs and industry veterans, the classes are free and available to anyone interested in online sex work with the intention of empowering models to make their own content on their own terms.

"The more financial independence you have, the more control you have over what work you do or don't do," FanCentro Vice President of Marketing Kat Revenga said. "There's very little institutional knowledge in sex work, because of the stigma and the harassment and the decentralized nature of the community. If Centro U can become a home for education and a community from which to organize, hopefully, we can be a tool for sex workers."

While the idea for Centro U was already in the works for two years, Revenga explained that the "huge amount of sex workers that came to our platform due to COVID-19 made us feel a sense of urgency and responsibility for making this educational program a reality," especially as more and more people turn toward online sex work to make their livings.

She continued, "Online sex work has become more accepted, but many people getting involved who would start and quit. Some people are natural marketers and producers and others are not. As far as society is concerned, you don't get into this business part way."

"There's very little institutional knowledge in sex work, because of the stigma and the harassment and the decentralized nature of the community."

"We want people to know that this is a business — that it takes time and commitment and learning," Revenga explained. "You hear from people all the time who try to sell nudes or clips and think it's them, that they're not good enough, if it doesn't sell immediately. They've taken all the risk by putting out adult content and then they never get anything out of it. But there was very little knowledge being shared. Every new person was having to figure it out for themselves. Centro U was set up to help experienced influencers teach those who were struggling."

One of these influencers is MelRose Michaels — a FanCentro Brand Ambassador and industry veteran with nearly a decade of experience in the space — who created the initial video crash course. According to MelRose though, the experience of writing it from a "day one" perspective was something that just highlighted how essential Centro U was. Because whether we're talking about selling shoots, or even proper consent practices when collaborating with another creator, MelRose said that she was surprised by the vast amount of accrued information she took "for granted, because I've been in the industry."

She continued, "A lot of other courses are for models that didn't start from day one, they kind of already started. Like, 'Oh, you've already been in this year and you have a fan base, and this is how you monetize it.' We're starting as if you don't have a fan base... And it's definitely centralized, which is beneficial to the model because she can [watch her own progress], complete the things we suggested and actually grow her business along with the courses."

And on the topic of a centralized knowledge base, Revenga added that while there are already similar initiatives for sex workers — such as collectives and social platforms — the resources provided by a premium platform like FanCentro allows for this kind of information to be disseminated in a "more fully formed" way.

"We've been reaching out to people we think are doing great work and finding ways to collaborate or promote them. To have them teach classes and promote their work," she said, explaining that they can do things like pay experts to teach monthly master classes and provide courses in multiple languages for all different sorts of adult influencers.

Perhaps more importantly though, as the conversation surrounding the decriminalization of sex work continues forward, Revenga said that they ultimately hope to become "a base of knowledge and a source of stability." And as MelRose added, while she believes eventual decriminalization is inevitable, it's important for places like Centro U to continue providing a safe community space for online sex workers in the meantime, especially as they grow in numbers.

"As a content creator, I want the same thing, I want to see sex workers protected and treated as a protected class. I think society needs to get on board with that idea," Revenga said, before pointing toward the way the pandemic has also led to many mainstream influencers "crossing over" into the sex work space.

"Mainstream is bleeding adult media, and the more of that we have, the better and stronger our voices are going to be when it comes to decriminalization or affecting legislation that will support us as a protected class," MelRose concluded. "I'm excited for that. And I think FanCentro is going to be behind that [sort of push] as well."