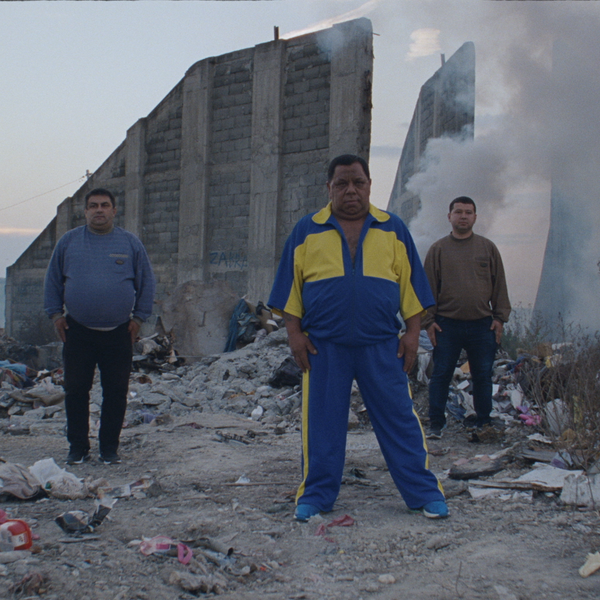 Eight years have passed since French producer SebastiAn released his landmark debut album, Total — a record that sat at the crossroads of the Daft Punk-led French Touch sound and the rising electro-driven bloghaus scene. With its gritty guitar riffs and exquisitely tailored melodies, Total quickly established itself as a classic of that era.

In the years that followed, SebastiAn laid low, sporadically popping up on compilations for Ed Banger Records and producing Charlotte Gainsbourg's most recent effort, Rest. If you hadn't been paying attention, it would have been easy to miss the pair of singles he dropped early this year. The violently raucous banger "Thirst," and the tender building ballad, "Run for Me (feat. Gallant)," seemed to be setting the tone for something much larger on the horizon.

We can now confirm that SebastiAn's sophomore LP, Thirst, is set to arrive October 25th on Ed Banger Records, and with that announcement comes the album's latest cut, "Beograd." A tribute to his heritage city of Belgrade, the song is a glistening string-driven disco groovefest described by SebastiAn as being inspired by the "Slavic intensity" of its namesake town.

The new single also sees SebastiAn once again teaming up with longtime collaborator, SO ME, on the music video for "Beograd." Infused with a very French sense of humor, the video follows various dancers navigating the Serbia city, seemingly lost in their own movement-filled worlds, before eventually finding their way onto the dancefloor in a fateful collision under the mirror ball.

"'Beograd' is a killer track, raw and uncompromising, and the video an ode to the city," explains SO ME, the former full-time Ed Banger Records art director. "A dreamlike encounter with its most colorful characters, shot on 35mm. A secret society of dancers, each with their own style and background, who meet in secret in what seems to be confrontational duels with no designated winner. Until exhaustion."

We caught up with SebastiAn ahead of the PAPER premiere of the official music video for "Beograd" to get a better idea of what went into the making of the irreverent clip.

What was it about the energy in Belgrade that inspired the song and the video?

This city is in my heart, I grew up in Belgrade. To me everything in this country looks strong, powerful, and contains a good balance between something melancholic and ecstatic, and that's what I wanted to put in the song when I did it. So shooting the video clip there was kind of an evidence.

A lot of the dancing has this weird focused energy, like someone out of their mind at 4 AM in a club. Was that intentional?

Most [music] videos are about having the best dancing ever, but people are not dancing that good in real life. With SO ME, we loved the idea of filming people as they really feel good and free to dance, by their own, not thinking about "dancing," just for themselves, not being technical or in a spirit of competition. Just real.

What was the process like for shooting the video?

My friend SO ME was very excited about working together again, as was I. We both directly thought about Belgrade for many obvious reasons. First, because I'm coming from that place, and mostly cause I think this is a place where the culture I know [has] something spontaneous that fits with the idea of the video. We just wanted to show the emotion you can feel coming from somebody who's not trying to be the best, but sincerely just enjoying dancing in his own style without even thinking about being "stylish."

What was the most challenging part of the process?

With SO ME, I think that we have in common the love of the little borders you can feel between something fun or even ridiculous, and something touching and emotional. So the challenge was to translate this feeling and keep the mood of the track into it.

When was the last time you danced until sunrise in club? Who was playing?

The last time I remember doing this was at the Exit Festival in Serbia. A-Trak was playing if my memory's good.