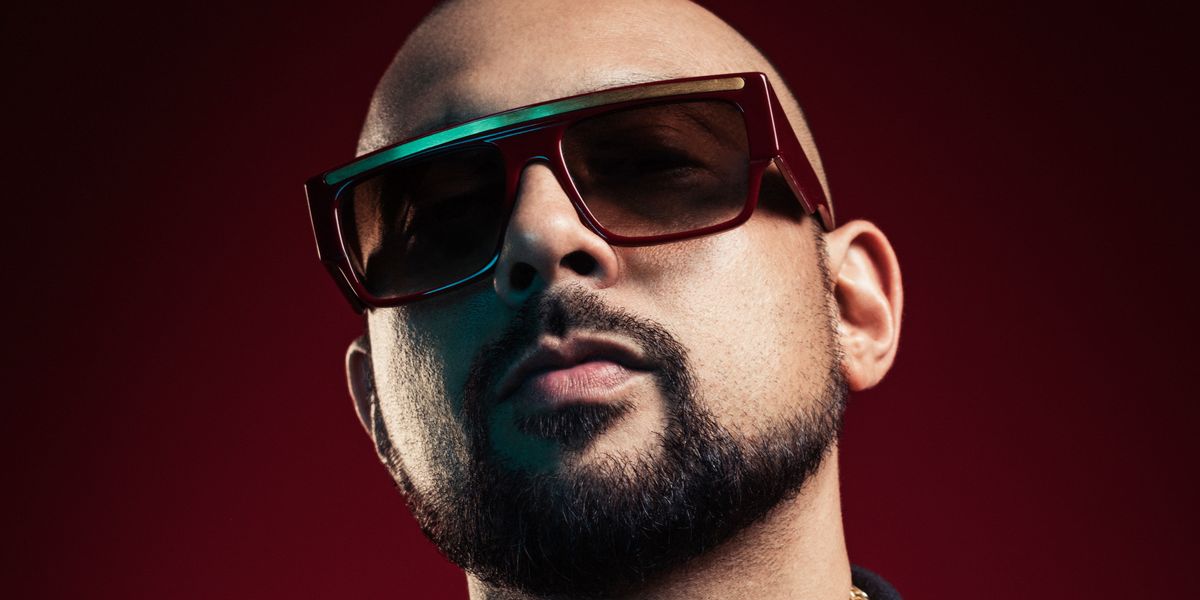 There are only very few artists for whom you stop mid sentence, leave your drink atop the nearest surface and rush to the dance floor. There are even fewer artists of whom DJs only need to play one bar for men to excitedly chug the drinks at the thought of a potential grinding session, and women pull their gaggle of gals into formation. Sean Paul is one of them.

The Jamaican's career, which celebrates its 20th anniversary this year, has delivered some of the most memorable moments of any artists in the game — and pulled other artists up with him. "Baby Boy" catapulted Beyoncé as a solo artist, no one knew Keyshia Cole until "Give it Up to Me," "Body" with Migos was in the bank before they burst on the scene with "Bad and Boujee" and Sia was already a star when she invited Paul on "Cheap Thrills," but the track skyrocketed her career into another stratosphere (it's now at one billion views on YouTube).

This is not to say, of course, the newly father-of-one needs any assists to top the charts. "Temperature" and "We Be Burning" introduced the mainstream to Jamaica's native dancehall, which has since infiltrated music with such gusto that even pop stars have been influenced by the genre. Melodic rapping might have been birthed by Paul himself, and Jamaica has Paul to thank for thrusting its music onto contemporary radio, following icons like Bob Marley and Grace Jones.

Now, the artist is back with a new single, teaming up with David Guetta to spotlight — in typical Sean Paul fashion — burgeoning pop sensation Becky G. What Paul is plotting next behind his trademark oversized shades, we won't know until it's already part of the culture. We caught up with the legendary artist to talk all things hit-making and what's hot (and not) in 2018.

You've been in this business for so long and you've never really dropped off. What is the key to maintaining momentum?

I don't know how I did it. I love music, I love to be in the studio and create. I think I create way more music than people hear from me. I'm trying to find the right one to represent me or just be remembered somehow. I try to stay up with trends and find things in the genre that remind me of when I was growing up, and I feel that's what I did. I don't like doing tracks that I'm not with. When people come with me and they want to do a song with me and I don't like it and do it, if I hear it on the radio I'm going to be pissed off at myself. So I don't know if people hear that, but that's another reason.

I think they do. You've put your stamp on every kind of music and always been slightly ahead of the curve. You're a hitmaker. So what makes for a hit?

I like to think so ,as well. I've had, I didn't even realize, four number one singles: one with Beyoncé, one with Sia just recently, as well as "Get Busy" and "Temperature." When people say you're a hitmaker, I still say the same thing: I think I make a lot of songs, and it's good to accept that and to know that. Some people have one good song and then they think everything they do is going to be as big. But to be more real with yourself, [you have to] understand there is so much competition and so many things that people like and you may not be touching on the vibe at that time. And I remember I was doing so much music and then Amy Winehouse came out of nowhere and it was totally different than what I had been doing. I was like, "Damn." My mom said to me, "When are you going to stop." I don't want to stop making music. When I do stop making music, I feel like I don't have a purpose. Even though they don't hit, I feel like that's what I'm supposed to do. I'm supposed to create and find stuff that makes people either happy or sad or laugh or cry or learn something.

There's been a real surge of Jamaican influence in mainstream music. Now dancehall and Drake's patois is everywhere we turn.

Sometimes people at home are like, "Yo, they're taking our genre!" But we're influencing them. The great Bob Marley was influenced by Curtis Mayfield, it became what we know as Bob Marley's music: Reggaeton. Most of the artists in the Jamaica feel like, "Damn I'm trying so hard." But Drake, and Bieber, and Major Lazer, all those people are influenced by the genre I did, but they took it to another level. So from that I can revamp.

Look back on your career, what are you particularly proud of?

Loving dancehall music when the rest of the world didn't care. I loved it so much and it changed my life. I had people try to discourage me when I was just getting into it by saying, "There are people doing it now and not getting anything." I just felt so strong that I feel like I've done this already. I feel like what I'm doing now is so easy because it's happened already.

What do you think then of the next generation of music listeners and music makers?

Seeing people like Soulja boy [Laughs] coming out of nowhere and creating a huge sound that everyone in their Grandma is even singing about "Youuu!" I had to embrace it, but not everything. Again, it influenced me to understand that I'm not the only person in this game. I'm not the end all be all, but I try hard. A lot of artists and producers get stuck in their own vibe and they don't want to change. They don't want to feel the new influences. You can't compare, Mike Tyson and Mohammad Ali, you just have to take it for what it is. Things evolve.

What's next? A&Rs are getting to these kids late. Their fans, or other artists, have already found them.

That kid is dope! Tory Lanez is dope. He can do the mumble rap, and then he can do real rap. It's like is that the same dude? He's talented. All of these other little kids that are out, I like some of their music, but at the same time it's become like a revolution to be against everything, it sounds like they're in trouble. It gets a little overwhelming for me. I see them doing things that are like, you may last a while but you're going to be in a lot of trouble.

It's the drugs. Were you seeing that when you were coming up?

I didn't see a lot of drugs when I was coming up. I smoked weed and that was it. It still is that way for me. A lot of this pill popping right now... it's easy to take, it's easy to hide it from people, it's easy to carry around with you. It's prescription f**king drugs and you drinking with it, it's not good for you. When Lil Wayne was popularizing things like that, I was always like this is crazy. A lot of them started having seizures. This stuff affects your heart rate. It's not just calming your mind, it's affecting the way your heart pumps.

It's going to be interesting to see because that's not just their lifestyle but they embed it in the music.

I had a knee operation in 2010 and I was in Miami recuperating. My friend felt sorry for me, so by the third week he's like, "Let's go to the club." We go to the club, I have crutches, and this girls rushes up to me. I thought she just knew I was Sean Paul, so I'm like okay I'm going to have to take a picture. But no, she was like, "Where them xannys at? Where them percs at?" I was like, Damn, I can't believe this culture. It's horrific what happen to that kid, Lil Peep, it's like he died on Instagram.

Who's out there in the industry right now that you're really impressed by?

Tory Lanez, Travis Scott. Travis Scott is pretty inventive. There's time when I hear him and I'm like who is that? He didn't sound like he did on the other track. Migos I like, you know we did the song together. I thought it would be a big run around but it wasn't. All three of them came, they brought weed and everything.

In LA. They liked my music so I felt good about it. I've worked with some people and I can tell they don't really know my music but they made me feel like they know my career. We actually did the song before "Bad and Boujee." So when it broke we were like, "Wow." So that was pretty cool.

You know what I think is underrated song that I love of yours? "She Doesn't Mind." Did that chart?

It charted in England, it charted in New Zealand, it charted in Europe. It went like number 1 in England and Germany. I'll tell you a funny story about that. Benny Blanco produced it. I wanted to work with him for a while and when we started to work he added the hook. I sang for just the reference, and I did the verses. So I'm like, "Who are you going to get to do the hook?" He said he was going to just leave it like that. I never sung in my falsetto voice, but he convinced me. I went home and listened back. I called him and I was like, "Man you're going to kill my career, bro!" He was like, "No it sounds dope." That was probably the most afraid I was to put out a song. It was totally different from how I've sung before, but a lot of people embraced it. The people in Jamaica loved it.

That's likely the key to your relevance, you aren't afraid to embrace change, risk it all.