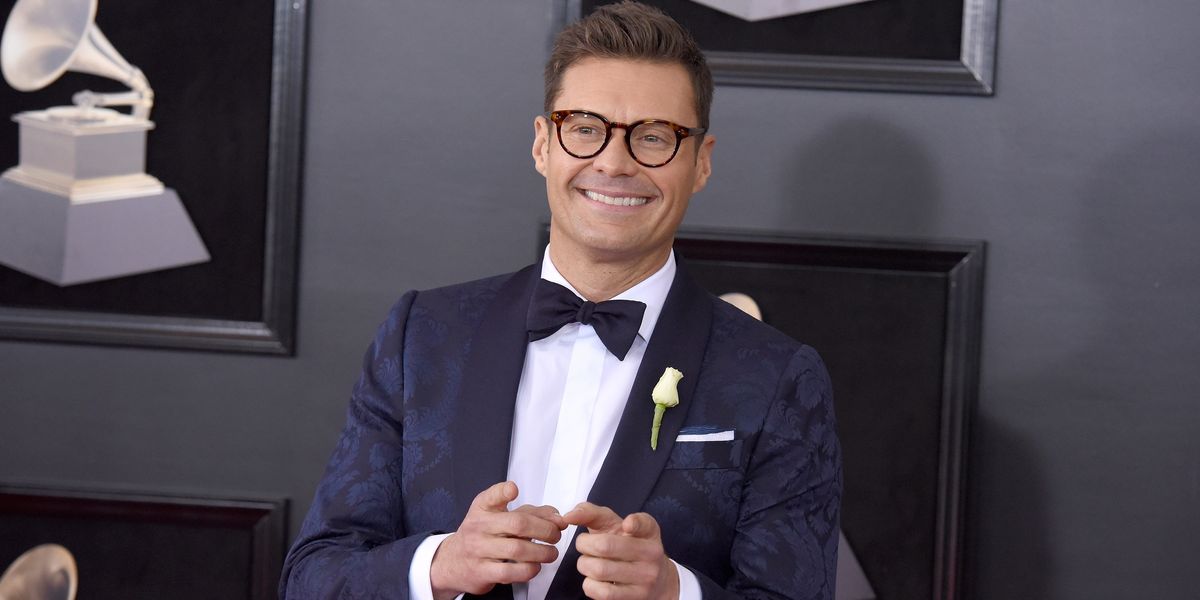 Ryan Seacrest's wardrobe stylist of nearly a decade, Suzie Hardy, has alleged years of harassment and abuse by the E! News host. According to a letter from Hardy's lawyer sent in November to E!, parent company NBCUniversal and Seacrest and obtained by Variety, Hardy experienced unwanted touching and sexual and romantic advances by Seacrest shortly after she began working for him.

Hardy claims that she endured the abuse — which allegedly included Seacrest grinding against her in his underwear while erect, groping her vagina and at one point slapping her butt so hard that it left a welt that she took a photo of — because as a single mother, the steady paycheck and flexible hours were "a godsend." Hardy was let go from E! News in 2013, after she says she was approached by HR, and told them everything that Seacrest had subjected her to.

Seacrest has denied Hardy's claims, taking the allegations public on November 17, after he had received the letter from Hardy's lawyers that demanded he and E! "come up with a plan to address the treatment of all women at the networks and to take responsibility for the wrongful treatment" of Hardy, and threatened "more formal action" if the letter went ignored. Seacrest announced in a statement that E! was investigating a misconduct claim against him made by "someone that worked as a wardrobe stylist for me nearly a decade ago at E! News."

Three months later, E! issued a statement saying its investigation, which was conducted by an outside attorney hired by NBCUniversal, had concluded and found "insufficient evidence to support the claims against Seacrest."

Hardy was interviewed three times by the independent investigator, and told Variety, "Total exasperation was my definite feeling. I felt like by the third interview, it was obvious the investigator was whitewashing it for Seacrest's side." She also claims that the investigator never contacted four witnesses she referred him to that would have been able to corroborate her story.

"E!'s investigation was extremely comprehensive and thorough," an E! spokesperson told Variety. "Over the course of a two month process, our outside counsel interviewed more than two dozen people regarding the allegations, including multiple separate meetings with the claimant. The investigator is an attorney with nearly 20 years experience and is highly regarded professionally. Any claims that question the legitimacy of this investigation are completely baseless."

"I didn't know how to deal with it," Hardy told Variety. "I really didn't. I was battling finally being in a decent financial position to breathe and be a mom, that I didn't have to be freaking out all the time, and then dealing with this infantile celebrity person who was testing me on every level and manipulating me and knew that I was in a vulnerable position."

Hardy has since left the entertainment industry and works for a San Francisco-based tech company, Variety reports. Seacrest as since become the new co-host of Kelly Ripa's ABC daytime talk show, and will return this year to the role that made him famous as the host of "American Idol."

Toward the end of last year, E! Entertainment Tonight host Catt Sadler announced she left the network after she discovered her male co-host was making close to double her salary, and was denied equal compensation by E!. The company denied her claims. Sadler is now reportedly working on a project with Jennifer Lawrence about the #MeToo movement.