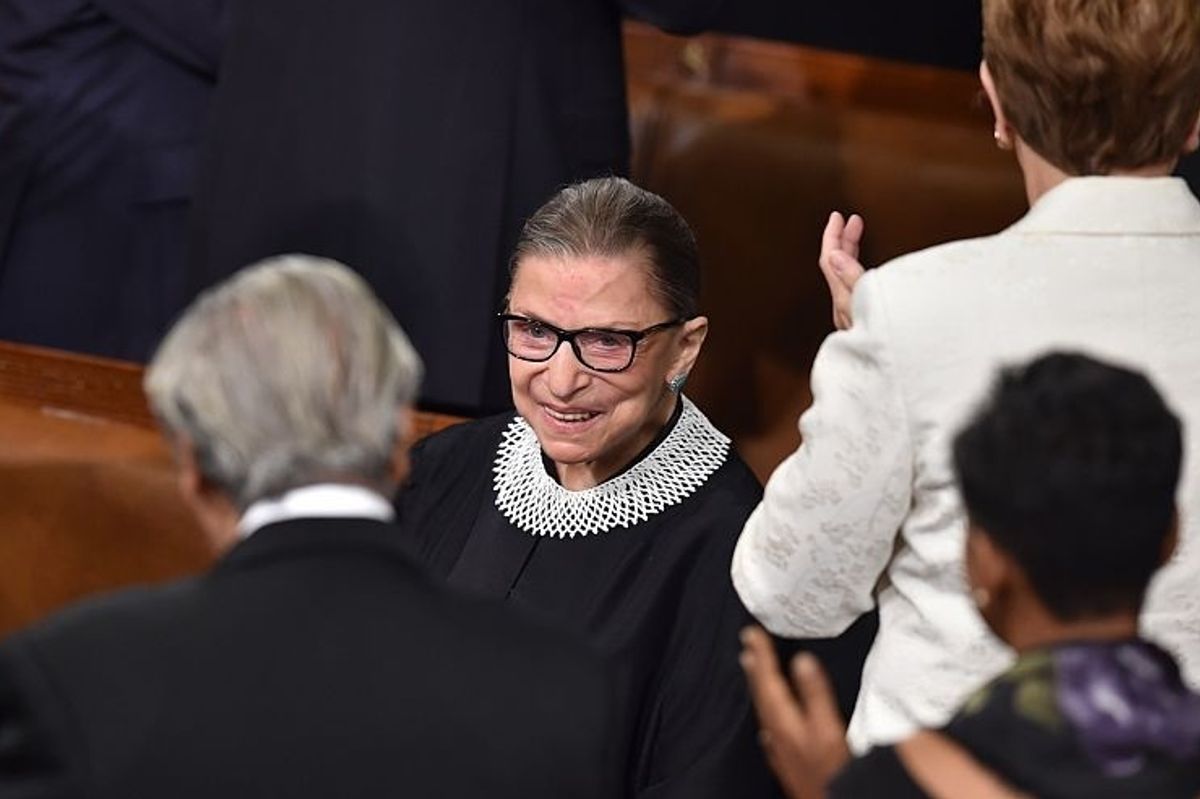 Ruth Bader Ginsburg Is Out Of Hospital

Supreme Court Justice Ruth Bader Ginsburg is out of hospital, after falling in her office, fracturing three ribs, and giving everyone a real good scare on Thursday.

RBG is already back at work, and what else would you expect? She didn't even take a day off from her duties while undergoing chemotherapy to treat pancreatic cancer in 1999. Do not count this woman out.

Bader Ginsburg's nephew Daniel Stiepleman, the screenwriter of the RBG biopic On The Basis Of Sex (which oddly enough premiered last night) told Reuters his aunt was "doing great".

"The last I heard she was up and working, of course, because what else would she be doing, and cracking jokes," Stiepleman said on the red carpet. "I can't promise they were good jokes but they were jokes."

Let's hope she continues telling them for a long, long time.