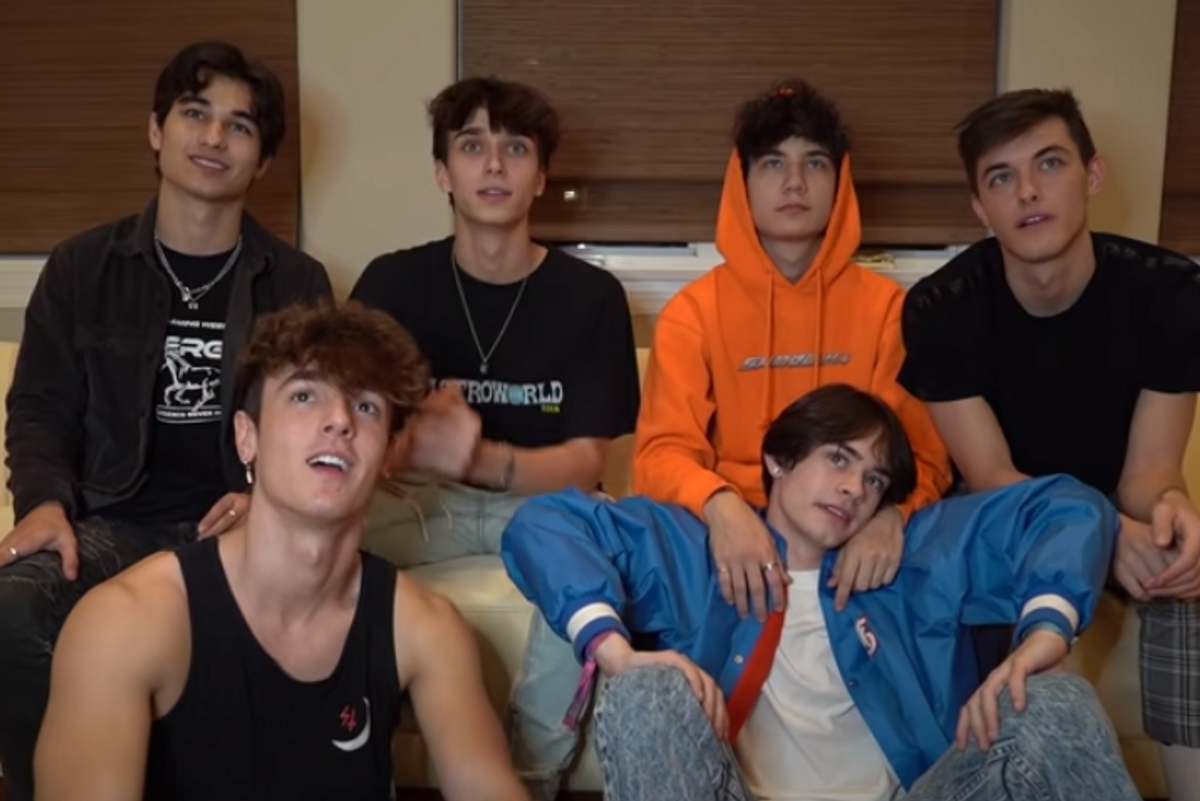 After weeks of speculation, People confirmed on Monday that Sway House had disbanded after one year together. The LA-based TikTok collective was home to some of the platform's biggest names, including Bryce Hall, Griffin Johnson, Jaden Hossler, Blake Gray, Noah Beck, Josh Richards, Anthony Reeves, Kio Cyr, and Quinton Griggs.

According to Sway House co-founder Michael Gruen, the decision was informed by the boys' desire to grow as individuals and go "in their own directions now." However, he also went on to say that the collective will live on via its legacy, which changed "the preconceived notion of what it means to be a social media star."

"If you view Sway as a content collective that lives together and is with each other every day, then yes, it's over," Gruen said. "But Sway was always about a bigger message, and that will never die."

Last month, rumors about the collective ending came to a head after several members removed their associations with Sway from social media and Gray tweeted that, "all good things must come to an end at some point." In December, Johnson also apparently told People that while many of the members continued to live and work together, the group itself had split up.

"We had our fun in L.A. when we first came here," he said at the time. "We had this crazy amount of fame that just hit us really fast. And we had the typical L.A. time, where we just went wild, and we just decided we were over it. We were ready to make the pivot into something more."