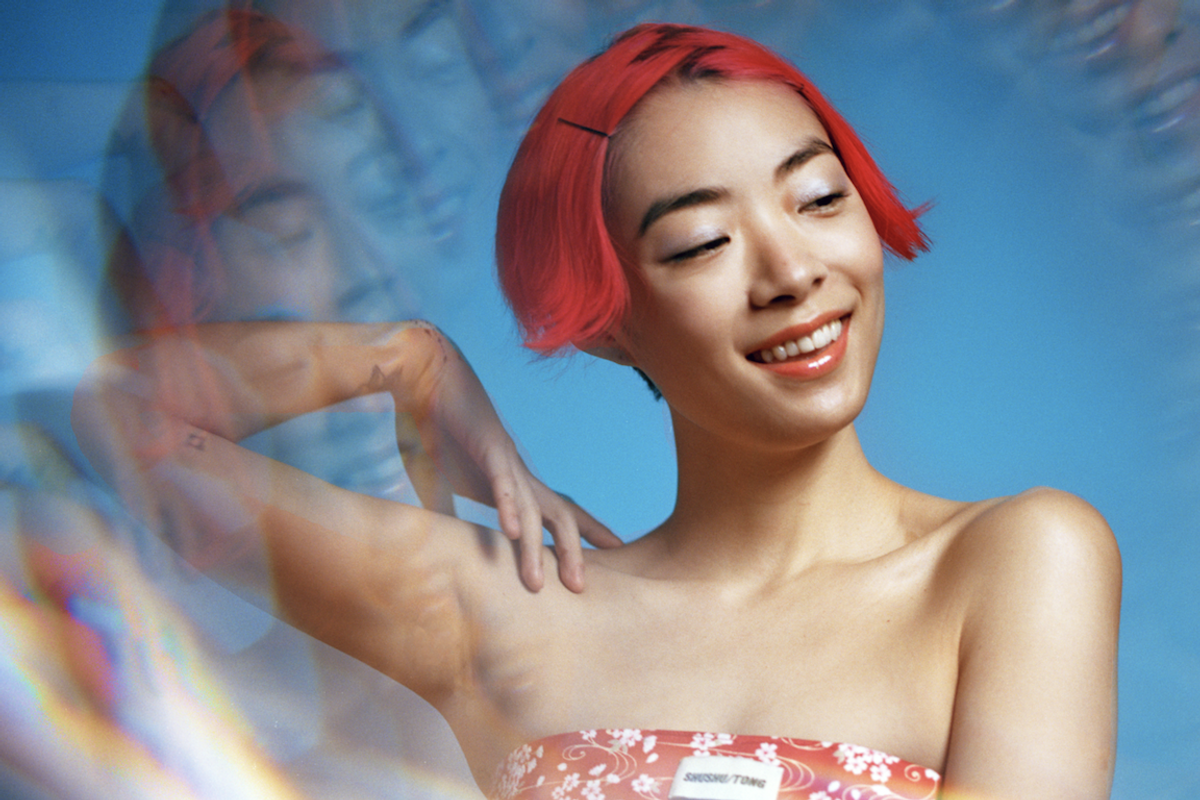 Indie pop singer-songwriter Rina Sawayama made waves last year with her futuristic, yet simultaneously nostalgic and early 2000's reminiscent songs. Her debut mini album RINA was a body of work that talked about the digital era and millennials' relationship with technology. She did the research and drew from daily observations in life to create art that discussed the plight of a generation. Now, she's back and here to serve up tunes that reverberate with a much more personal note. Rina wants to sing about queer love.

In February, Rina released her aptly-titled bop "Valentine (What's It Gonna Be)," and today, exactly five months later, she drops her new single "Cherry." The Japanese-born, UK-based artist talked with PAPER about the pansexual anthem, taking inspiration from her personal life and J-Pop, and her upcoming album coming out next year after her RINA tour.

There was a girl on the tube that gave me the "look" before a session and it set the song in motion in my head. I've identified as queer/pan since several years ago but because of experiences of shame when I was growing up that's the main emotion that comes up whenever I have non-heterosexual feelings. In the past my feelings have been erased, minimized and mocked, and I've been told by people that my desires are temporary, even suggestions that it's just a concealed desire to cheat. All of those anecdotes are included in the song.

I've been with women in the past but never in a relationship — hence the post chorus, because some bi/pan people can feel like they don't belong in the queer community unless they are actively in a non-heterosexual relationship. I personally love songs that celebrate queerness, and I wanted to write a song that felt true to me, someone who is out but still, I guess, insecure. Hence, "Cherry" is a real mixed-emotion song that is ultimately a celebration of being queer. It's a song about shame, but refusing to be ashamed.

"It's a song about shame, but refusing to be ashamed."

You recently dropped the "Ordinary Superstar" music video, which was beautiful. Are we expecting more music video's from the RINA tracks?

I love RINA — it was my first album, so very special to me. However, I'm moving onto my next body of work, though one of the songs might come with me to the next album so I can finally do a video for it.

Should we expect the next album to come soon?

Yes! Next year. I'm already half way through and its my main focus.

What new elements are you exploring through your music this year?

From what it's looking like so far, my new work will be about identities. In RINA I wrote stories about others — this one will be more about myself, my upbringing, sexuality, race and how that relates to the bigger world. Sound-wise, I'm inspired by Japanese city pop right now — the kind of music that Japanese artists wrote while in LA in the '70s. "Plastic Love" by Mariya Takeuchi really reaffirmed my love of J-Pop and its boundless inspirations. I'm mainly working with Clarence Clarity again, but introducing other producers into the fold.

What projects can fans look forward to?