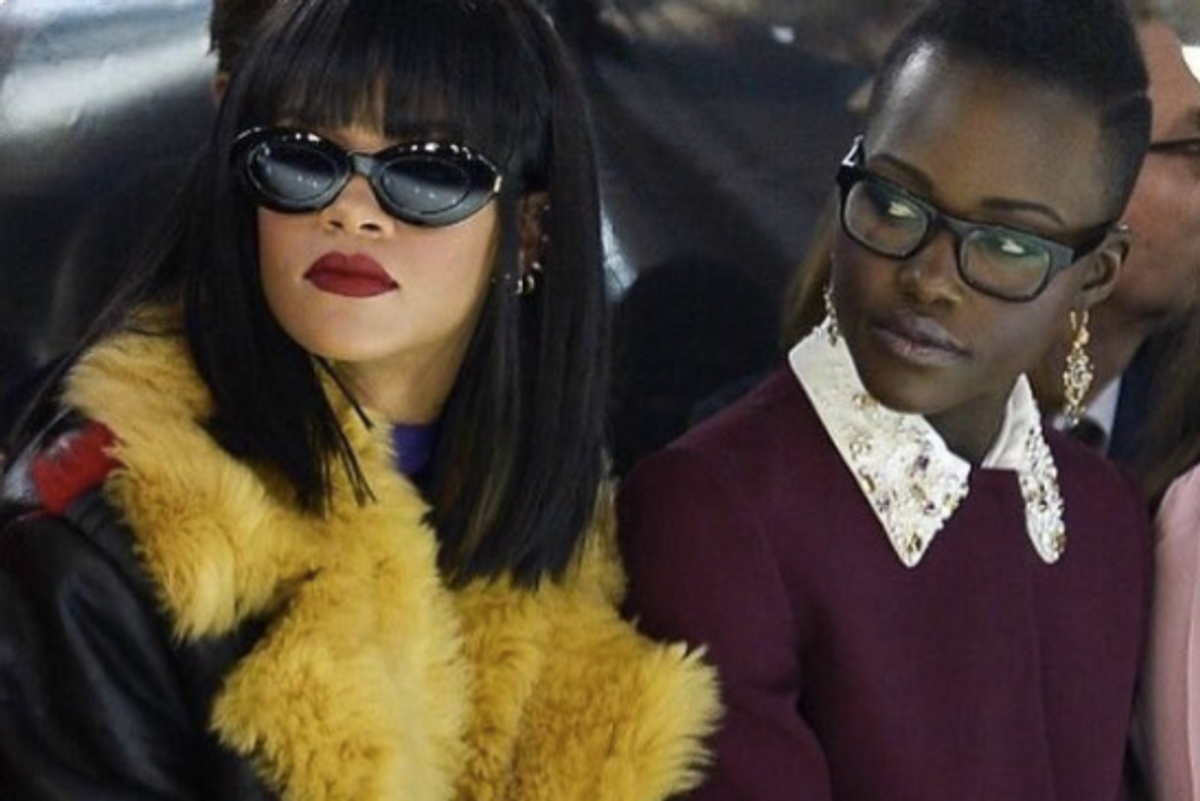 Over the weekend, a Twitter user brought back a photo of Rihanna and Lupita Nyong'o sitting front row at 2014's Paris Fashion Week with the caption, "A picture for the history books" that quickly went viral. Another user then retweeted it, adding a caption that outlined a brilliant plot line for a film: "Rihanna looks like she scams rich white men and lupita is the computer smart best friend that helps plan."

Twitter kept it going, as it does, and eventually Rih and Lupita themselves said they were down for the film. Insecure's Issa Rae signed on as the writer, and filmmaker Ava DuVernay agreed to direct.

Watch the crowdsourced, online development play out below, and pray with me that this film is for real:

A picture for the history books pic.twitter.com/OgxAGZMn4Z
— ash (@blaquepink) April 18, 2017