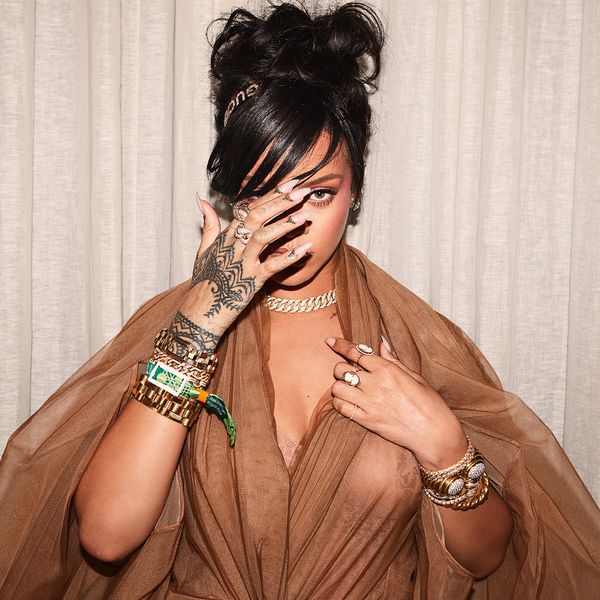 A megastar like Rihanna can't do much without causing a stir, so it didn't take long for fans to notice a new Instagram account bearing her Fenty moniker: @SavageXFenty. The mysterious account only has one post so far (from less than 24 hours ago), which features a noirish shot of a scrambled television stacked below what appear to be shapely body parts on a second screen, encased in a dark room lit and atop a red velvet carpet.

The account has already racked up more than 20,000 followers, has been granted the blue check mark of verification and only follows the Bad Gal herself, so it's pretty clear it's hers. The only question left is, what is she teasing?

While fans in the comments are begging for new music ("WE R TIRED OF CHEAP MUSIC RIHANNA SAVE US BITCH"), most believe it's a teaser for her rumored lingerie line. We need Rihanna-designed lingerie like fish need water, but some new music from Rih certainly wouldn't hurt anyone either.