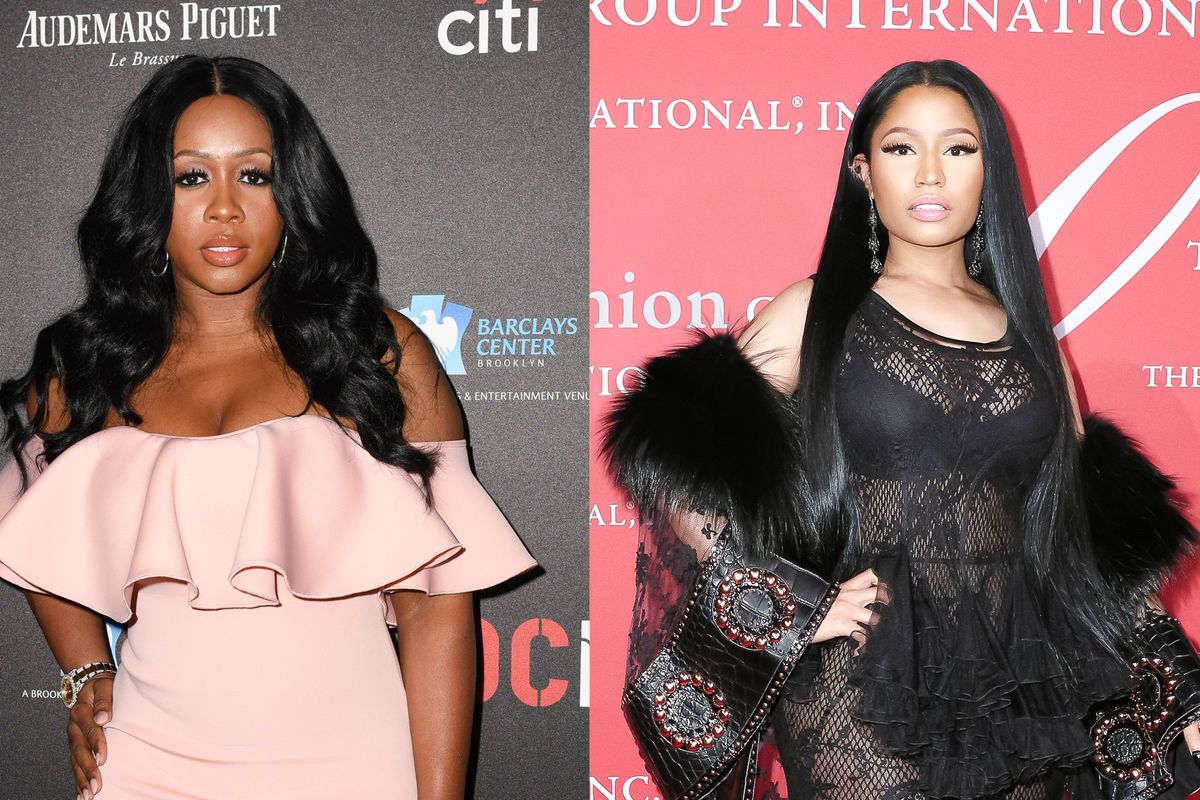 Remy Ma's first Nicki Minaj diss track, "SHether" isn't even a week old, and she's already followed it up with another completely savage Nicki takedown, "Another One." Premiering on Hot 97 last night, "Another One" borrows its structure from Drake's "Back 2 Back" (which was diss track about Nicki's ex Meek Mill; it's a meta drag y'all!), and mocks Nicki for taking so long to respond to "SHether" :

Waited four days, ma, where you been?
I came here in the 'rari playin Little Kim
Don't know what made you think that you could fuck with Rem
But I guess this is what I gotta do to make ya spit

Trying to provoke Nicki into a response, Remy doubles down on her original accusations from "SHether," that Nicki is a fraud who uses ghost writers and steals lyrics. Nicki has yet to respond in kind to Remy Ma's original diss. She initially posted and deleted an Instagram with sales figures of Ma's latest single "Plata o Plomo," and then decided to leave it at this:

But we're not done here! After she debuted "Another One," Remy Ma posted and deleted a raunchy photo early photo of Nicki Minaj pre-fame, captioned "Still unbothered Spongebob?" and "B4TheButtJob." Well good morning to us all!

Listen to "Another One" below...