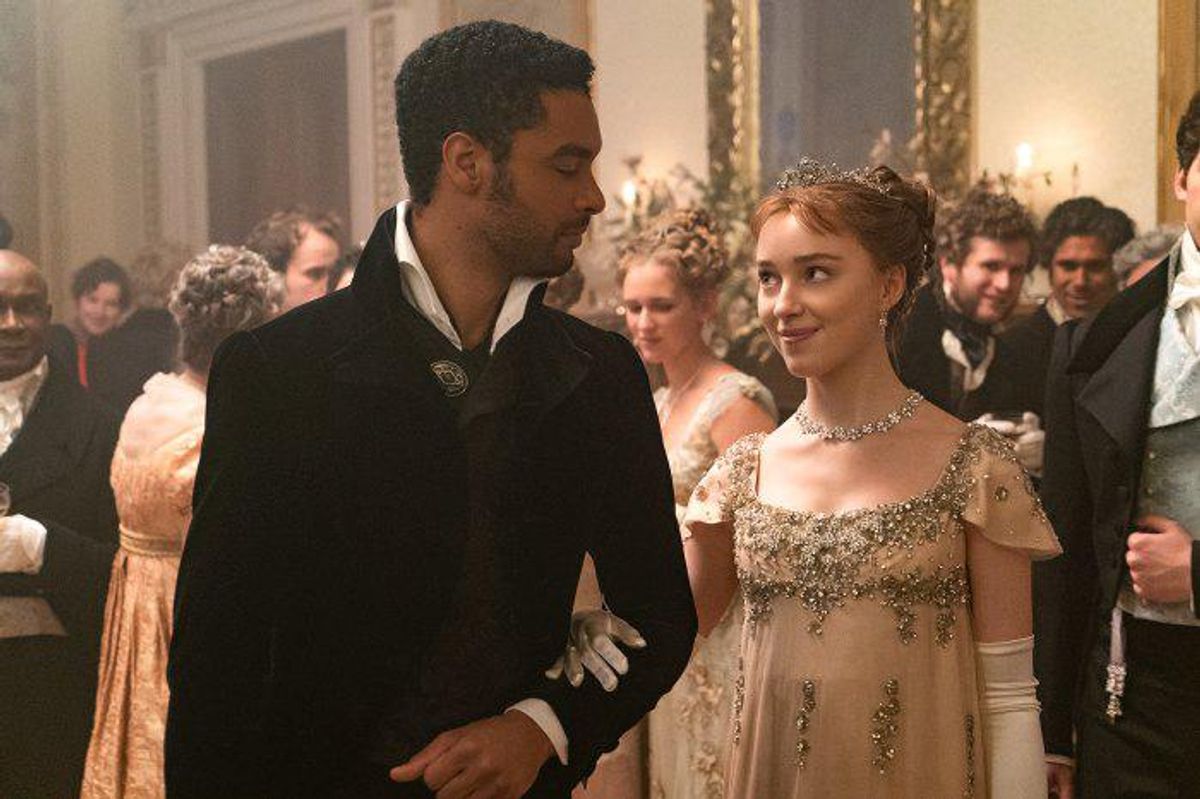 Given their incredible onscreen chemistry, it shouldn't come as a surprise that Bridgerton fans have been wondering whether stars Regé-Jean Page and Phoebe Dynevor are dating IRL. However, Page himself has now addressed the romance rumors in a cryptic new interview that's left some with more questions than answers.

During a recent virtual interview with Access Hollywood, the pair — who play Duke Simon Basset and Daphne Bridgerton — were asked about the romance rumors surrounding the cast. And while Dynevor kept pretty quiet after the hosts seemingly angled for "tea" about their relationship, Page eventually stepped up to the plate by answering, "I think that everything you need to know is on camera."

"All the sparks that flew come off the beautiful script that we were handed," he added, before one interviewer noted that they were both blushing. "I think that the sparky words scripts and material are more than enough."

When pressed further though, Page responded to a host saying that he and Dynevor were "actually together" by joking that they were "playing footsie" — an answer that'll probably incur it's fair share of eye emojis. But either way, guess we'll just have to wait and see whether there's any truth to the speculation.

See the entire interview for yourself, below.