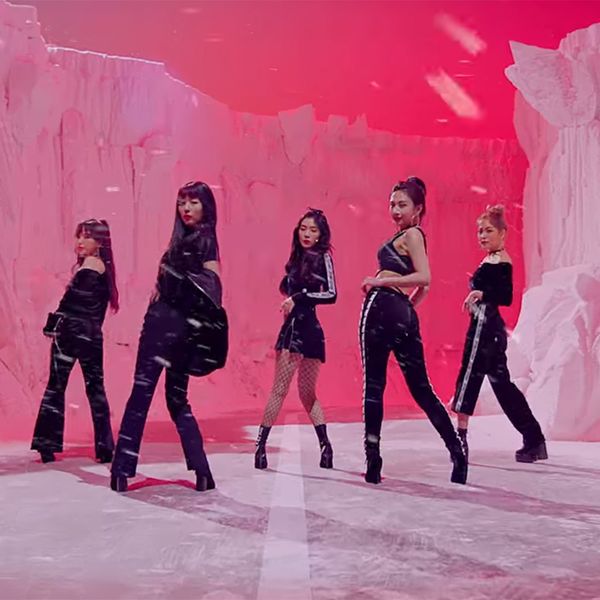 South Korea announced it will send musicians to perform in North Korean for the first time since 2005 — signaling easing tensions between the two nations, in a new report from Reuters.

Among the 160 artists slated to appear in North Korea between March 31 and April 3 are K-pop stars including the girl group Red Velvet, Cho Yong-pil, and others.

The gesture is a reciprocal one; South Korean hosted North Korean performers at the recent Winter Olympics in Pyeongchang. South Korean singer and producer Yoon Sang, who will also perform this year in North Korea, and led the South's delegation talks yesterday in the truce border village of Panmunjom. "While we're on the stage, I believe it will be difficult to portray personal feelings of denuclearization," he said in a statement during the delegation. Sang went on to say that the performers' first primary task would be to "instill the same awe in North Korean audiences as we do in our South Korean ones, and make sure nothing in awkward."

Perhaps most notably, this deal is the latest step in the de-escalation process that began after North Korean leader Kim Jong Un announced intentions earlier this year of improving relations with the bordering South Koreans.

Moving on! In Red Velvet news, earlier this year, the group comprising Irene, Seulgi, Wendy and Joy released a repackaging of last year's Perfect Velvet album, entitled The Perfect Red Velvet, including three new songs. Is that a mouthful? Below, some of the hits from Perfect Velvet, which is just as perfect as it claims to be. Also, my personal favorite, "Russian Roulette", from their first album, which is a knowingly cutesy-macabre moment featuring the girls killing each other in the cutest, cleverest ways, if you can picture that.