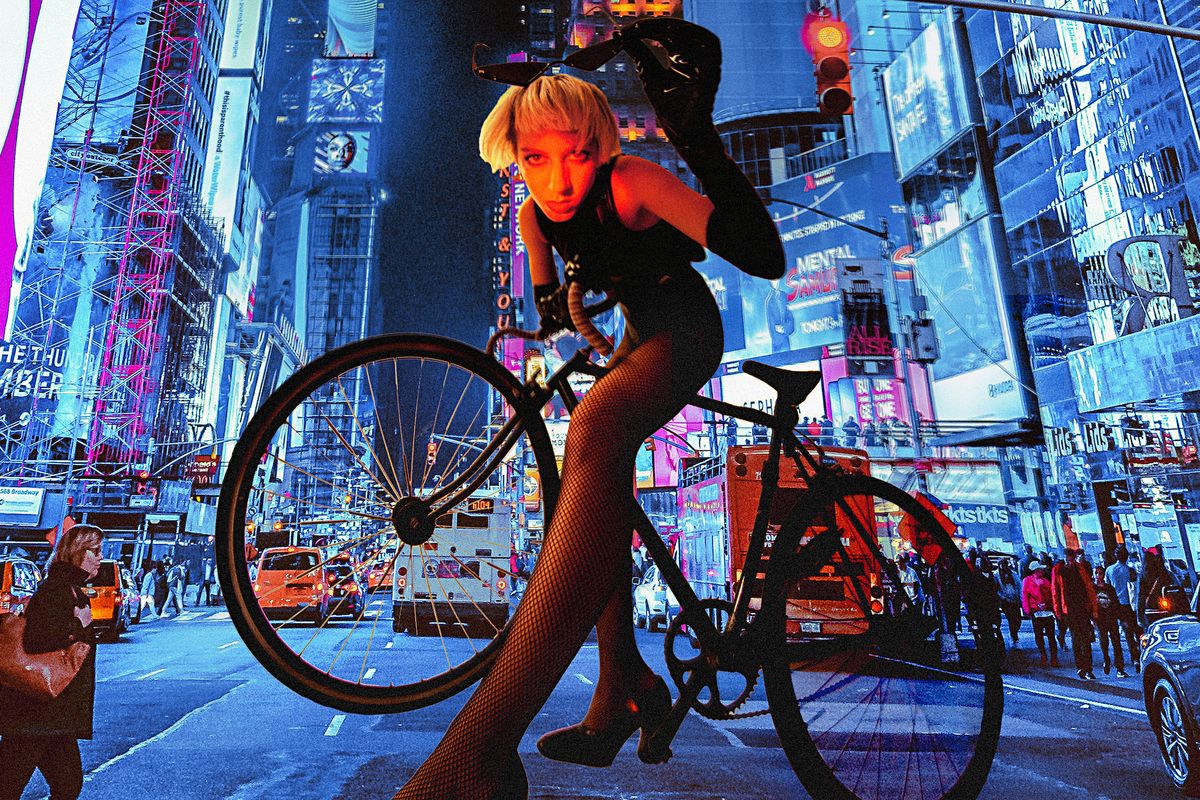 If you were on TikTok earlier this year, chances are you saw that viral clip of a woman peddling through Manhattan's Chinatown in fishnets, opera-length gloves and a PVC bodysuit. Funnily enough though, it turns out that the woman-in-question was none other than PAPER favorite Rare DM, who just so happened to be in the middle shooting a new music video. So naturally, we're now premiering the full visual for her song "Send Nudes," and it's a cinematic journey to say the least.

Filmed on a GoPro during the first week of quarantine, the self-directed video sees Rare DM — in an assortment of impeccably styled outfits — cruising around the city as the song's synthwave-meets-acid bass beat pulses in the background. Stitched together with footage captured by co-director Jordan Fuller, the end result is something that mirrors the strangely somber yet scintillating atmosphere created by Rare DM's disaffected retelling of an all too relatable dilemma.

Inspired by her own recent experience with mixed signals from a romantic interest, "Send Nudes" is an unquestionably contemporary dissection of modern dating that oscillates between nudes requests and the unraveling of relationships over DMs. So while you may have started watching thanks to Rare DM's accidental virality, we have no doubts that you'll end up staying for the entire video itself — heartache, aesthetic and all.

Watch "Send Nudes" for yourself and stream it, below.