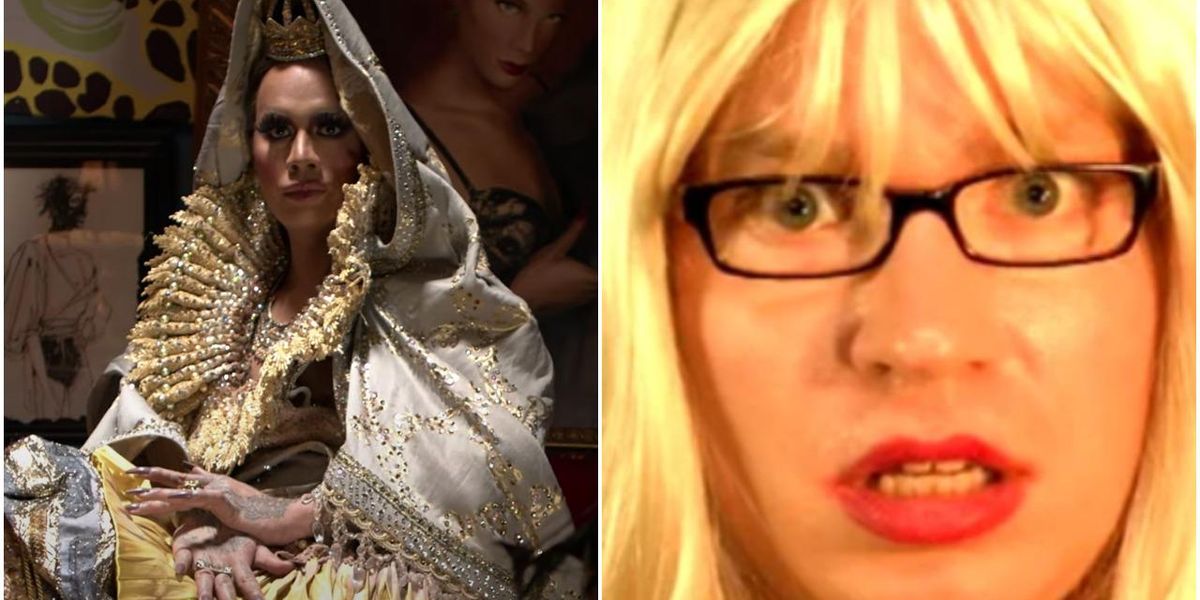 Fifteen years down the line, "Shoes" still remains one of the most iconic videos to emerge from the early internet era. And though it's typically hard to one-up the original, Raja is up to the job with her high fashion makeover of the cult classic hit.

For those of you who need a brief refresher, "Shoes" was the inescapable video that catapulted "Kelly" — the angsty teenaged alter-ego of comedian Liam Kyle Sullivan — to viral infamy back in 2006. But seeing as how Raja is best-known as one of the most stylish queens to ever appear on RuPaul's Drag Race, it makes sense that she would be the one to recreate the song with a techno twist courtesy of Tyler Stone, as well as a fierce fetish-inflected video that captures her renegade sensibilities.

Produced by LA-based label FemmeKraft, Stone helms the visual update as well, which sees the Drag Race Season 3 winner milling around her apartment in a series of jaw-dropping looks — all completed with an arsenal of incredible shoes, of course. And even better? There's also an incredible cameo by Kelly herself, now with pink hair and a punk rock flair.

So if you're feeling nostalgic for the internet of yesteryear, watch Raja's video for "Shoes," below.