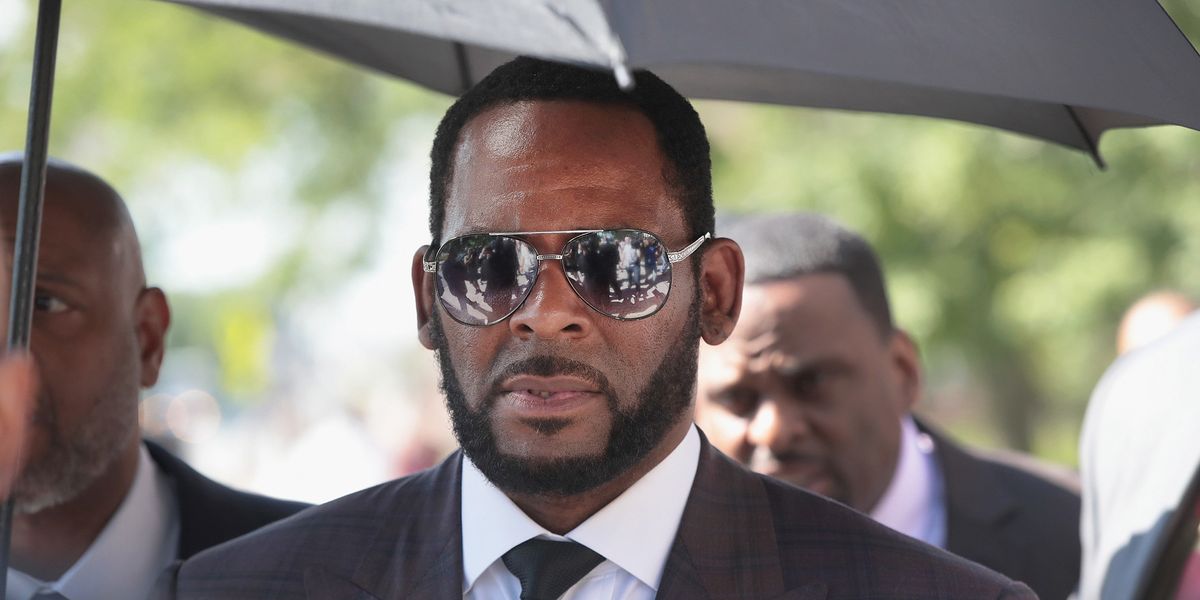 What to Know About R. Kelly's Arrest and New Charges

R. Kelly was arrested last night over two new indictments: one from federal agents involving thirteen brand new counts of sex crimes and obstruction of justice, and one from New York State. The accused child predator's case has been relatively quiet since the #MuteRKelly campaign and Surviving R. Kelly documentary galvanized new victims to come forward, and Chicago's Cook County prosecutors filed a mounting slew of aggravated sexual abuse charges that grew between February and May.

Here's what you need to know about the new developments.

Kelly was picked up in Chicago on Thursday night while walking his dog by New York detectives and federal agents, according to CNN. The New York Police department and the Homeland Security Department have been working together to build the case against Kelly. He's currently in custody at the Metropolitan Correctional Center.

Related | We See You, Jaah Kelly

The singer was arrested and charged at the state level in February with ten counts of aggravated sexual abuse in Chicago. The charges pertained to four women, at least two of whom were new victims. Kelly's charges multiplied in May, when a Chicago grand jury slapped him with 11 new charges, which included the most serious he's ever faced: four counts of aggravated sexual assault, carrying a maximum sentence up to 30 years, adding up more than 100 years in prison.

Before #MuteRKelly and Surviving R Kelly, he'd been largely legally unburdened since 2008, when he was acquitted of the child pornography over the infamous "pee tape."

Last night involved two separate new indictments, one state and one federal. This marks the first time Kelly's ever faced federal charges. The thirteen-point federal indictment, unveiled today and published on the Chicago Tribune, includes charges related to child pornography, obstruction of justice and enticement of a minor, including allegations that Kelly bribed the family of the 2008 sex tape victim to lie in court, and paid hundreds of thousands to recover other sex tapes made with minors.

Related | R. Kelly Is No Victim

Separately, at the state level, the Eastern District of New York (Brooklyn) has charged Kelly with racketeering and transporting people across state lines for prostitution, which violates a law called the Mann Act. These charges involve five "Jane Does" and include sexual coercion of a minor, sexually assaulting a woman while unconscious and in one case, knowingly infecting a woman with an STD.

Kelly has always maintained his innocence — even when doing so has seemed ludicrous based on the evidence against him. He pled not guilty to all his Illinois charges, and during his explosive tantrum in front of Gail King on CBS's This Morning News, he insisted "they are all lying," claiming, "I didn't do this stuff."

Following the arrest, Kelly's attorney Steve Greenberg, said in a statement that his client was "aware of the investigations and the charges were not a surprise" and that they he believes they relate to the conduct that Kelly was already acquitted of.

"He and his lawyers look forward to his day in court, to the truth coming out and to his vindication from what has been an unprecedented assault by others for their own personal gain," said Greenberg. "Most importantly he looks forward to being able to continue to making wonderful music and perform for his legions of fans that believe in him.

Is he going down?

A bond hearing will be held early next week, but prosecutors said in a memo that Kelly should be granted no bail. Nothing is certain, but with three separate indictments out and his associates being drawn into the legal action, prosecutors are looking at the best chance they've ever had to bring Kelly to justice.