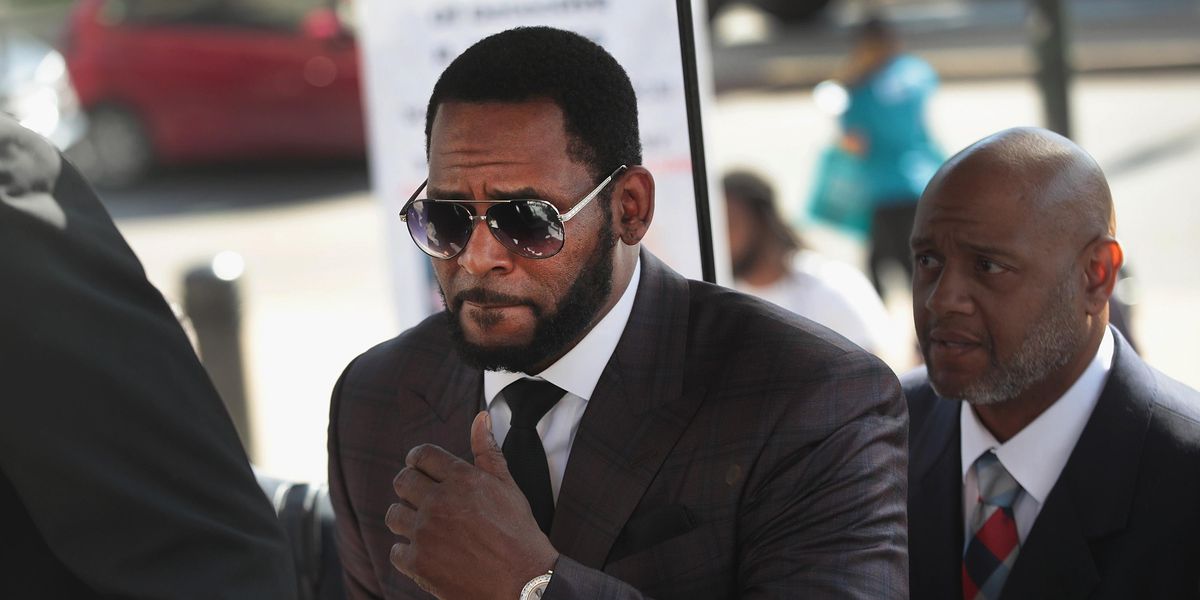 R. Kelly Married Aaliyah So She Could Get an Abortion

In federal court this week on August 23, R. Kelly's marriage to a 15-year-old Aaliyah in 1994 had its motivation revealed.

Huffpost reports that a Jane Doe took to the stand at the Brooklyn Federal Courthouse and testified that R. Kelly told her his marriage to Aaliyah was to make sure that she could have an abortion.

Kelly reportedly revealed this to Doe after the singer gathered several different girlfriends together and told them that they could ask him whatever they wanted. When one of the girls asked him about his marriage to Aaliyah, he reportedly explained how only parents and spouses could legally give a minor permission to get an abortion.

In the course of the conversation, he also said that he gave Aaliyah money and a "bat phone" so that she could reach him in case she had an emergency.

Related | Aaliyah's 'One in a Million' Is Now Streaming

Aaliyah's music recently hit streaming services in the middle of this federal sex crimes trial for R. Kelly. On Friday, August 20, when a jury learned in court that Aaliyah's uncle Barry Hankerson, who also served as Kelly's former manager, introduced his niece to Kelly, her 1996 album One in a Million got rereleased online.

Hankerson, who controlled her catalog, spoke about the release to Billboard. "It has been a long time since the fans could enjoy Aaliyah and other artists on our catalog, and there has been a lot of changes in the music business since we took the music off the market," he said. "We wanted to be sure to be with the right people, the right executives, and to give ourselves the right time to do the different things. So when you add all that up, it was a couple of years before we could even really consider putting the music out."

During the course of Kelly's trial, which centers on six unnamed women and their claims about what he put them through, another woman came forth alleging that the singer pressured her into having an abortion. A woman named Zel testified that the singer told her, "You need to look into that abortion stuff because you need to keep that body." Zel, who previously defended Kelly up until 2019, became the second accuser to take the stand against Kelly at his trial.

The month-long trial will have several other of Kelly's accusers taking the stand. While he's not being charged with felony sex crimes, Kelly is facing a racketeering case that, according to the New York Times, "Portrays him as the kingpin of a decades-long operation to recruit women and underage girls for sex by capitalizing on the singer's fame."

If Kelly gets convicted of the nine counts that he's pleaded not guilty to, which also include violations of an anti-sex trafficking law called the Mann Act, he faces life in prison.​​