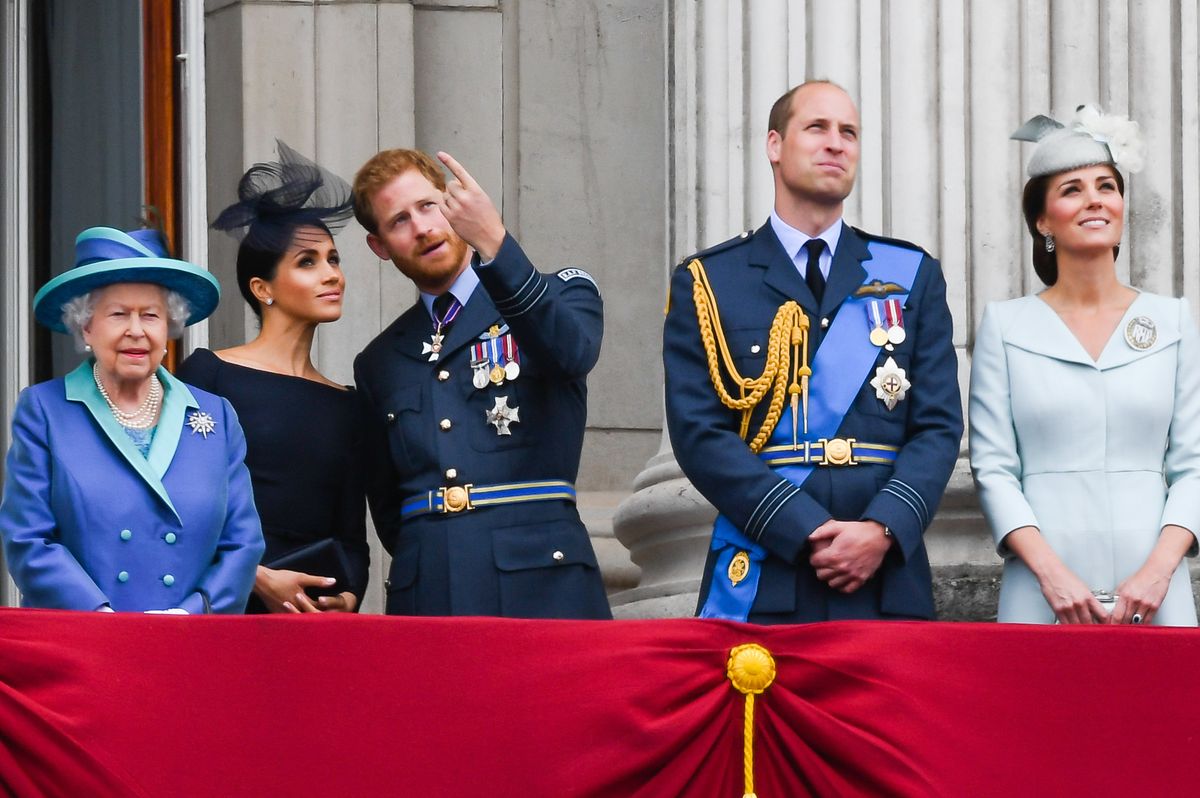 The Queen Is Not Taking Megxit Very Well

In case you hadn't heard, Meghan Markle and Prince Harry have quit the royal family. The Duke and Duchess of Sussex announced via Instagram yesterday that they are stepping down from "senior royal duties" and plan to become financially independent from the crown.

Turns out, Queen Elizabeth and the entire royal family found out the same way you did. Meghan and Harry didn't brief anyone in the royal family before making their announcement, according to a palace source for Harper's Bazaar.

Based on Buckingham Palace's brief, weird statement, the news was highly unexpected.

The palace reportedly is in uproar. Page Six is breathlessly reporting on an "epic" four-way conference call that Prince Harry has been "locked in" with the queen, Prince Charles and Prince William, negotiating his and Meghan's new arrangement.

William is apparently "incandescent with rage," and sees the move as "a declaration of war on the family."

"There is fury over how they've done this without any thought for the implications for the institution. The Queen is deeply upset," a source told The Sun. According to Page Six's sources, the Sussexes "will be punished for their rebellion."

Jesus Christ, what is this, The Crown?

While the British press crucify the Duke and Duchess through the mud, calling them "petulant and selfish," Twitter is toasting to Meghan's freedom.

Meghan and Harry haven't offered any additional explanation for their royal resignation. Most people seem to feel like they need to, attributing the move to the racism and double standards Meghan faced from her family and the British press.

In an op-ed titled "Black Britons Know Why Meghan Wants Out," British writer Afua Hirsch writes, "How many of us suspected — hoping but doubting we were wrong — that what would really initiate Meghan into her new role as a Briton with African heritage would be her experience of British racism. And ironically, by taking matters into their own hands, Harry and Meghan's act of leaving — two fingers up at the racism of the British establishment — might be the most meaningful act of royal leadership I'm ever likely to see."