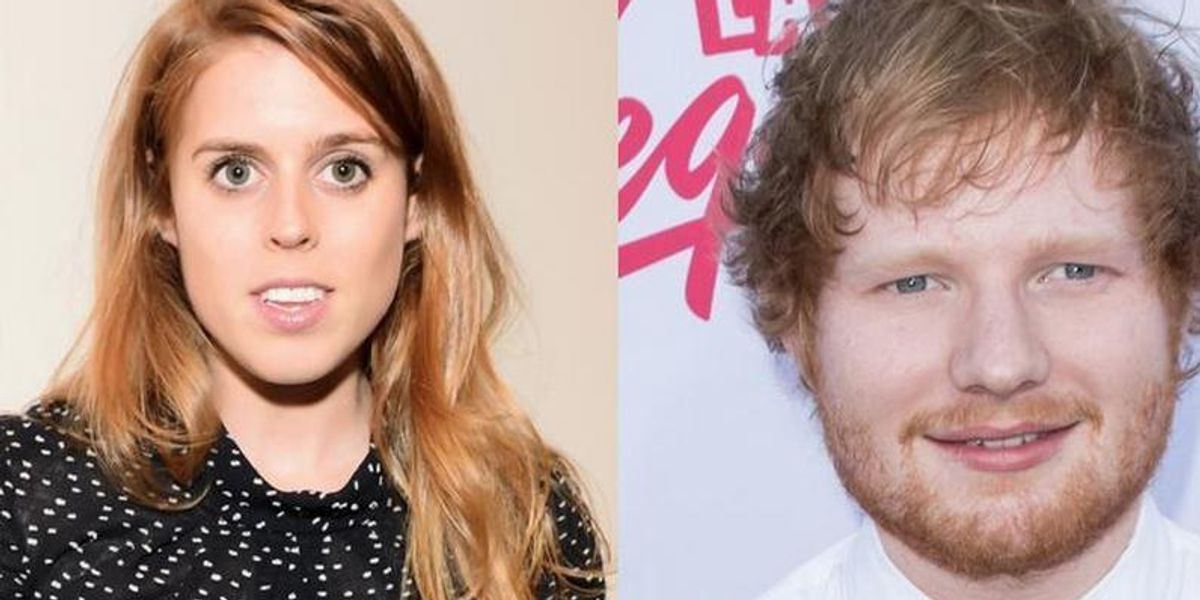 Ed Sheeran Gets Hush-Hush About Sword Scar From Princess Beatrice

Almost two months ago, while the world first writhed in political agony, we were given temporary relief from this news story about Ed Sheeran getting (accidentally) sliced in the face by Princess Beatrice--one of Queen Elizabeth's granddaughters--while she joke-knighted James Blunt.

Now, the singer appears to be slightly mum on the incident; he was asked about it during a recent interview with BBC1, and got flustered.

He then tried to redirect the conversation by saying he feels the scar looks "rugged."

But thankfully, BCC1 host Chris Stark kept digging, saying, "But there may have been a princess involved, that's all you said. No, you didn't even say that, you said there was a scar and everyone's jumping to conclusions,"

Sheeran (jokingly) replied, "Yeah, I've been telling people it was James Blunt trying to get the pop career back. He actually told me to say that — I'm not being mean."

Is the House of Windsor tracking Ed Sheeran's every word/movement? Unclear!