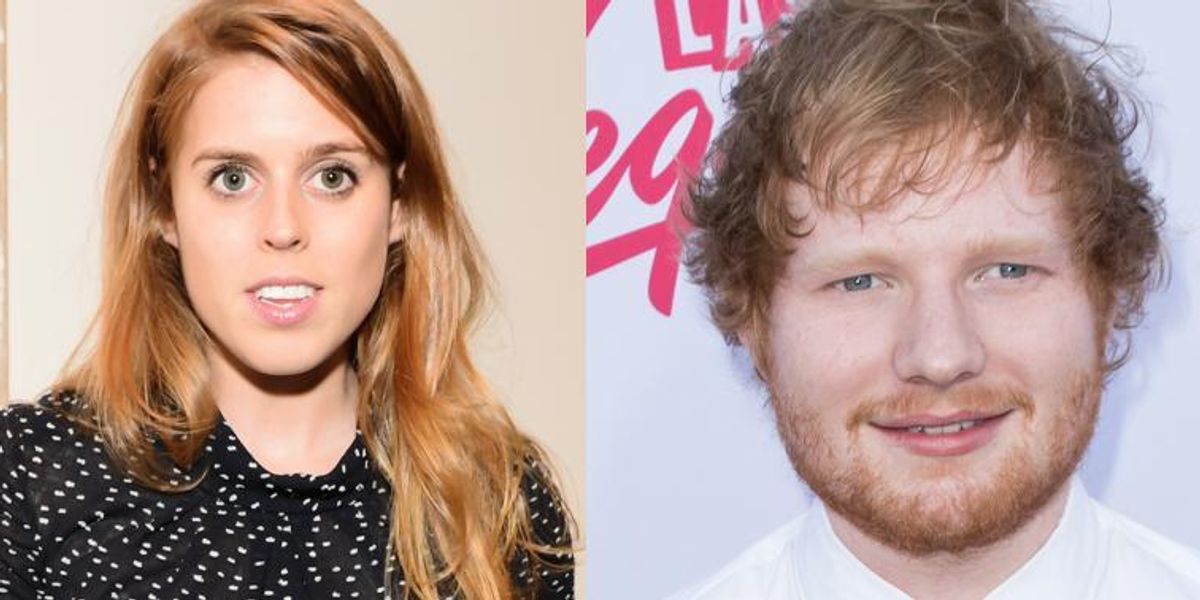 In a stroke of divinity, we have been gifted this news story during these days of global despair:

It's been confirmed that earlier this month, Princess Beatrice of York (daughter of Prince Andrew and Duchess Sarah "Fergie" Ferguson, and granddaughter of Queen Elizabeth) hosted a blow-out bash at the Royal Lodge in Windsor, England; while Ms. Ferguson herself ws present, among the attendees were singers Ed Sheeran and James Blunt. Blunt, of "Beautiful" and "I lived at Carrie Fisher's for a period of my life" fame jokingly suggested that the Princess knight him.

After retrieving a ceremonial sword, Beatrice went to "anoint" the crooner, and in the process, accidentally swung back and cut Sheeran--who was standing behind her--"just a few inches under his right eye." Sheeran was taken to a nearby hospital to get the regal wound stitched up.

Tonight I met the only person in the world who loves Foy Vance more than me. @edsheeran I'll let you claim this one! pic.twitter.com/AbjKmCV5ia
— Andy Patterson Music (@andypattmusic) November 20, 2016

While Princess Beatrice was said to be "extremely upset" and apologetic, Sheeran was good measured about it, and "the perfect gentleman," assuring the scion "it was just an accident." As one does when they're nearly blinded by the seventh-in-line to the British crown.

Sheeran eventually returned to the party after said-stitch sesh, naturally. I, personally, would drag my slack body across the gravel with my teeth if I had to make my return-entrance to this soiree, but I'm sure Ed kept it kewl.