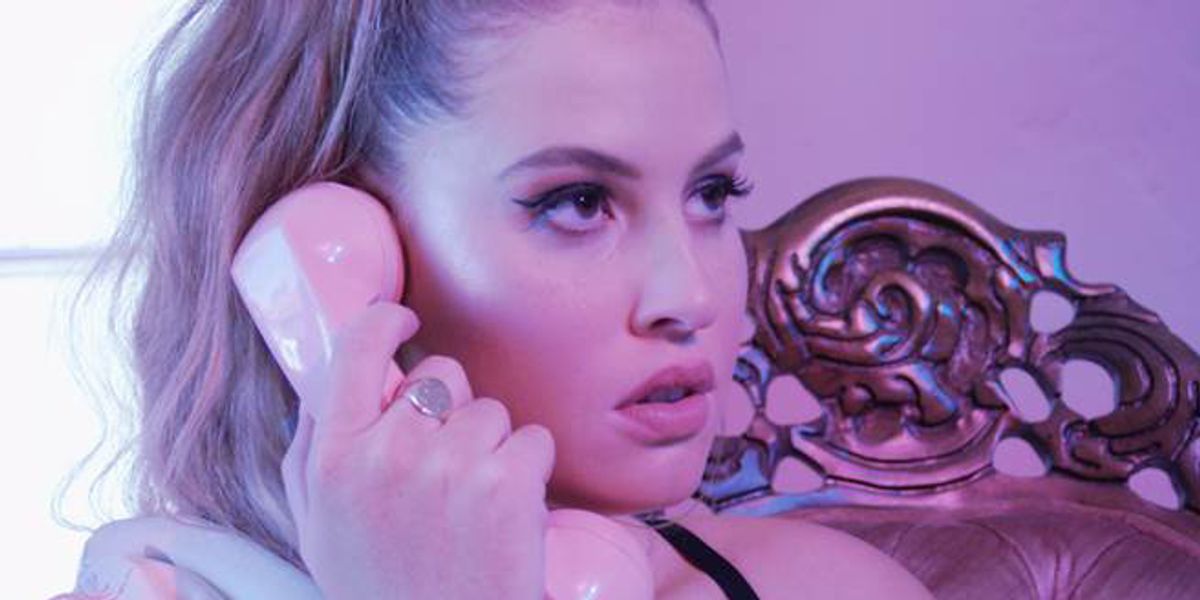 PREMIERE: Fletcher Strips Down and Moves On in New "You Should Talk" Video

Millennial dating is a minefield. Our collective unwillingness to settle has encouraged ghosts and breadcrumbers to emerge en masse, but that doesn't mean we're any less hurt when things full apart — something that rising pop sensation FLETCHER confronts head on in her new video for "You Should Talk."

The perfectly pastel Ryan Hutchins-directed visual sees the songstress lounge around in lingerie and considering contacting her her former lover before deciding that her ex should, in fact, be the one to call. It's unclear whether the scenario is playing out in real life or is FLETCHER's fantasy — which is just the way she likes it. As for the track, FLETCHER says "You Should Talk" was inspired by a relationship which abruptly ended with "zero closure," it's beautifully heartbreaking, and, like all of FLETCHER's creative output, hugely relatable.

"I think we've all been in that spot before where we've been literally ghosted, left with a million questions about what went wrong with a really powerful and passionate relationship," she says of "You Should Talk." "The song captures both the sadness and frustration within that scenario. It's about wanting so desperately to communicate to that person it takes two to fuck something up. It's telling yourself you weren't the only one who was wrong."

"The lines of reality and imagination start to blur when we spend so much time in our heads scrutinizing ourselves during a breakup process. I wanted to depict the roller coaster of emotion that comes with it and what I've been through the last two years while writing this next project. This song and the making of this film was really therapeutic for me. Honestly, this provided me some form of closure for myself from this past relationship. I've realized that I'm not insane, and I'm not the girl who ruining everything. I'm the girl who loved with everything she had, was hurt badly, and has since picked up the pieces and moved on. There's nothing wrong with that."

Watch and weep below or read our full chat with FLETCHER here.