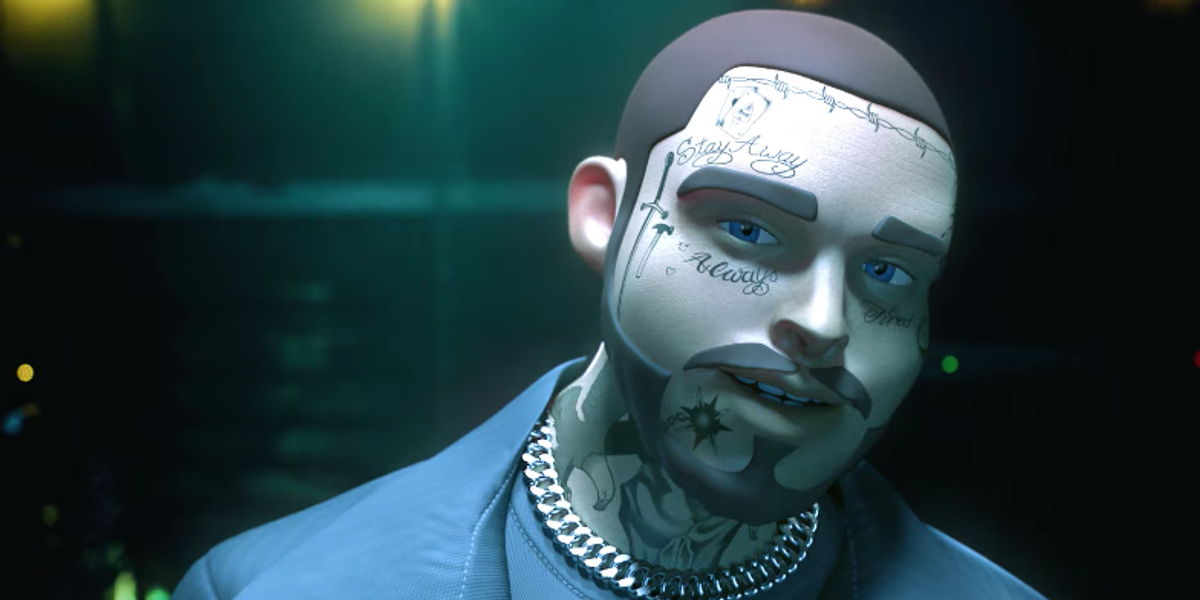 Just in case you had forgotten how deeply haunting Post Malone's digitally rendered Pokémon Trainer visage is, let's take this moment ahead of the Pokémon Day 25th anniversary virtual concert this Saturday, February 27 to revisit it in its full uncanny corporate tie-in splendor.

Ahead of his performance for the video game franchise's musical celebration, Post Malone has shared a cover of Hootie and the Blowfish's 1995 hit "Only Wanna Be With You." Posty's Pokémon 25 Version remains pretty faithful to the original albeit with a little more production polish around the edges and a little chiptune-ish synth thrown in for good measure. True to the Post Malone brand, the rendition feels perfect for slipping on a pair of Crocs and cracking open a nice cold Bud Light with the boys.

The virtual concert will be streaming live on Twitch, YouTube and Pokémon's official website at 7:00 PM EST/ 4:00 PM PST as a part of the video game franchise's 25th anniversary festivities. Pokémon will also be streaming a marathon of the TV series and distributing a code for Pokémon Sword and Shield players to get a special in-game Pikachu that aptly knows the move Sing.

The company has also announced a Pokémon Presents video presentation scheduled for Friday which has already fueled speculation and rumors that a remake of Pokémon Diamond and Pearl might be announced. The video presentation will likely also feature updates on previously announced games like the new Pokémon Snap and Pokémon Sleep as well as other collabs and partnerships the brand has planned for the year-long 25th anniversary celebrations.