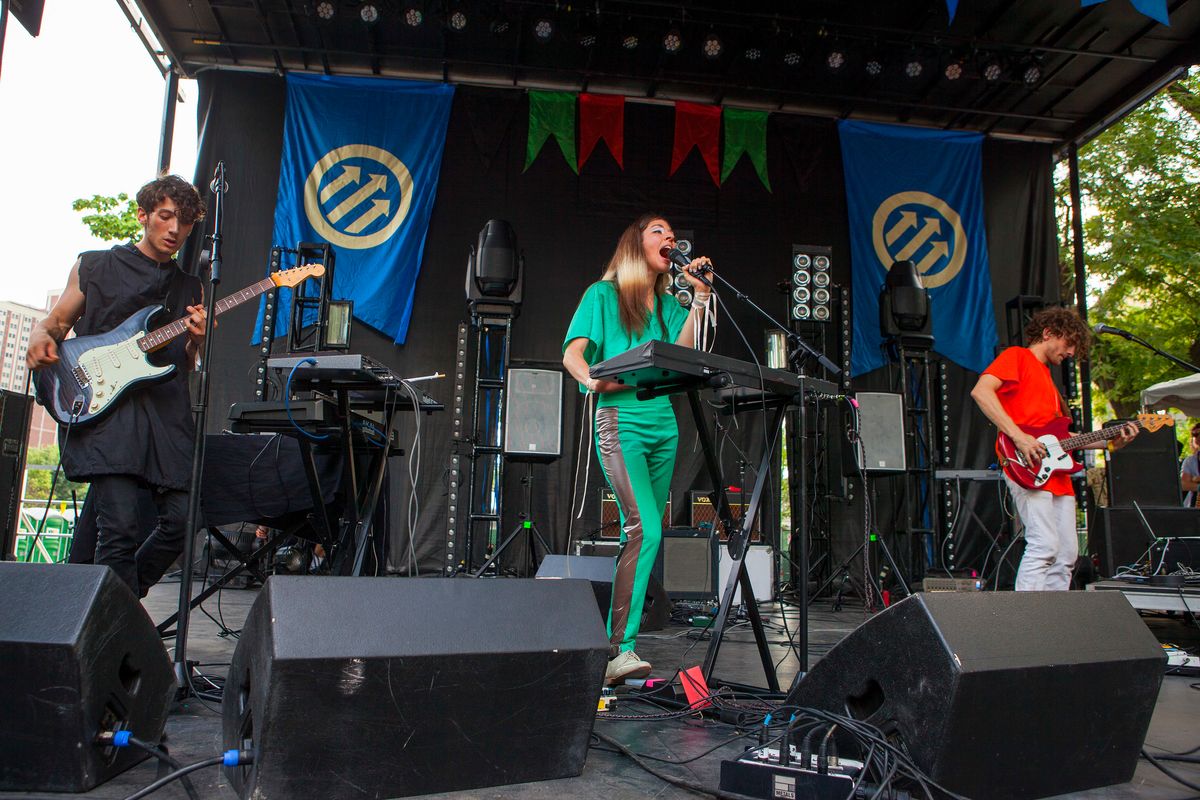 The 2018 Pitchfork Festival is Parterning With RAINN

Today, the Pitchfork Festival announced that it is partnering with the Rape, Abuse and Incest Nation Network (RAINN) for the 2018 fest. RAINN will also receive donations out of Pitchfork's profits from the Chicago-based event. Pitchfork will place clearly-visible signs throughout the festival area detailing their "zero-tolerance" policy towards harassment, sexual or otherwise, with instructions on how to report such incidents.

"Our objective is to shine a spotlight on RAINN as a first-responder resource for the Pitchfork community, at the Festival, in Chicago, and more broadly for our readership," said Adam Krefman, senior director of festivals at Pitchfork in a press release. "It's crucial that we continue to bring attention to the issue of sexual violence in the music industry and beyond, and we believe that our alignment with RAINN will make a positive impact."

The festival will also include on-site "Resource and Response Center," where festival attendees can discuss and report incidents of sexual misconduct. Pitchfork says the Center will be staffed with "professionally trained counselors and a dedicated security team." They also say that attendees can access the Center to receive assistance with anxiety and crowd-related issues, as well as racial and LGBTQ+-sensitive situations.

This is, of course, Pitchfork's first festival since the #MeToo movement began in October 2017. Since then, dozens of music industry operatives and musicians have been accused of sexual misconduct, leading to the industry grappling with how to proceed in this new era. The answer should be obvious: don't book known abusers, and support the victims.

In the announcement, Pitchfork conceded that it has dropped the ball in the past — notably, when R. Kelly headlined the Pitchfork Festival in 2013. That year, music journalist Jessica Hopper at the Village Voice interviewed Jim DeRogatis, music critic and journalist for the Chicago Sun-Times, who broke the initial story of Kelly's predatory behavior. DeRogatis' reporting led to Kelly being charged with child pornography; he was acquitted in 2008. Since then, numerous reports of sexual abuse have surfaced, and continue to surface. Kelly had denied all allegations.

"In committing to raise awareness for such an important cause, Pitchfork's editors and festival staff feel it's appropriate to acknowledge a past mistake...It was wrong to book R. Kelly to perform at our festival in 2013 and we regret doing so," Pitchfork said in a statement.