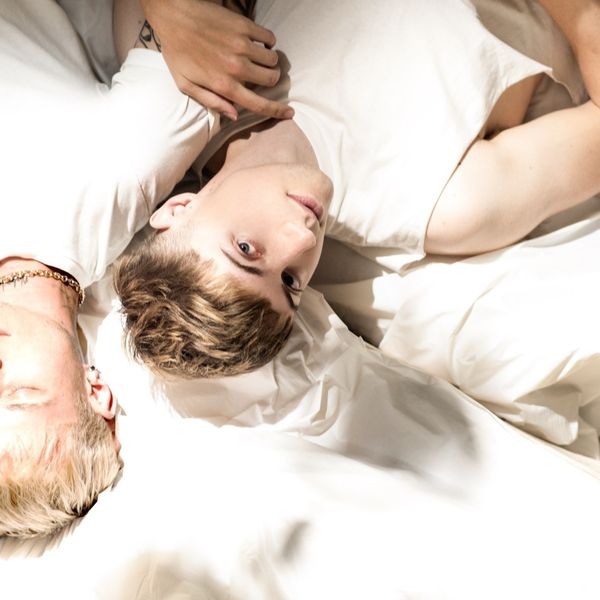 Peter Thomas' Video Is a Starry-Eyed Devotional to Young Love

Think back to the first time you fell in love and, chances are, it sounds just like Peter Thomas' gorgeous, synth-pop ballad, "Watching TV With the Sound Off."

The first single off his debut record, Attachment, "Watching TV With the Sound Off" exudes the sort of starry-eyed whimsy familiar to anyone who's experienced the throes of young romance.

That said, don't mistake him for a naive newcomer. As someone who's previously penned songs for big names working within the more sentimental side of the pop-sphere — including Betty Who and Queen of the Gut-wrenching Ballad, P!nk ("Nobody Knows," anyone?) — Thomas is no stranger to heart-on-the-sleeve lyrics.

Charming in its sincerity, the song itself is an aww-inducing tribute to that special person who you love spending time with, "Even if it's just us watching TV with the sound off" — something that every screen-addicted person knows is true connection.

And to make things even sweeter, the Joe Desantis-directed visual channels the kind of wistful nostalgia that makes you long for the last time you stayed up all night with someone you absolutely adore.

Grainy and desaturated, the entire video mimics the aesthetics of a film camera, and makes it seem like Thomas and his tattooed lover are the only two people in the world — a heartwarming feeling familiar to any head-over-heels couple. After all, who wouldn't want time to stop so that you could spend forever together?

See for yourself, below, and try not to feel all the feels.