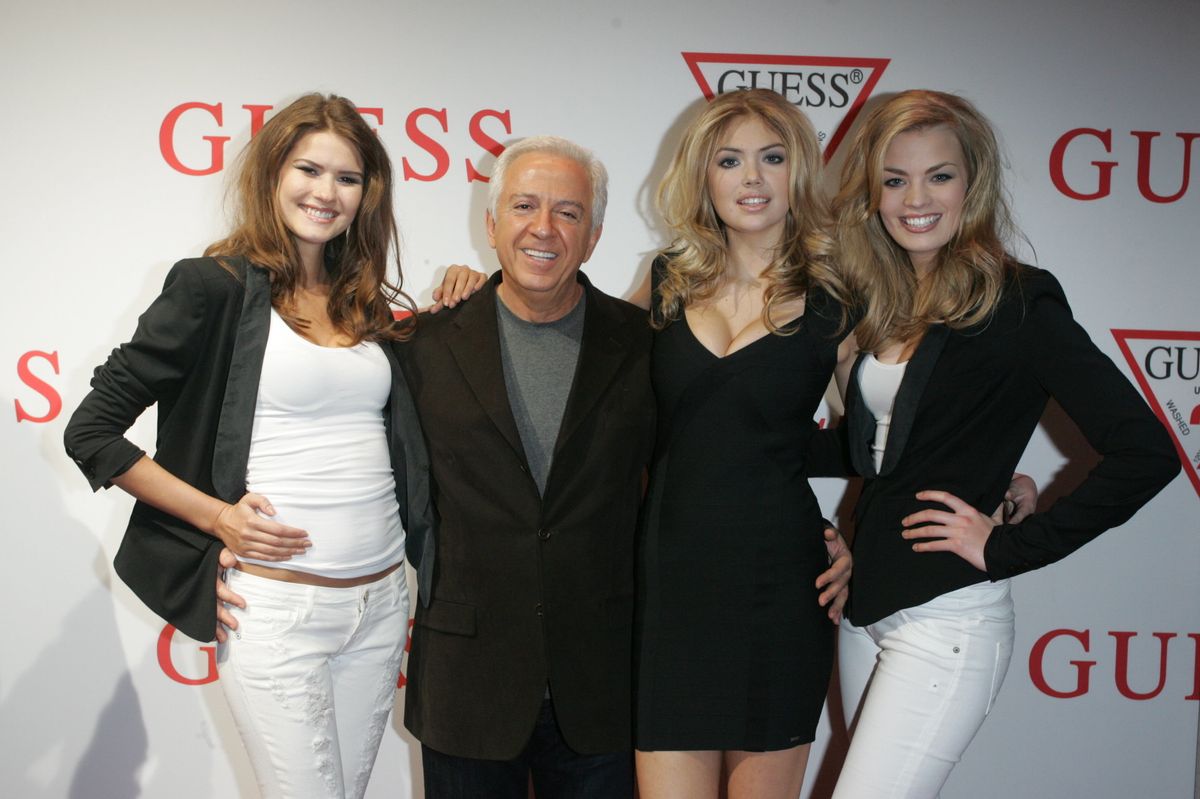 Supermodel Kate Upton alleged last month that Guess co-founder Paul Marciano had consistently sexually harassed her during her time as the face of the brand. Fellow model Miranda Vee made similar claims, filing a report with the LAPD that Marciano also introduced her to Mohammad Hadid (father of the Hadid sisters), and alleged that he eventually raped her. Today, Marciano announced he would be stepping down.

CNN Money reports Marciano would no longer be fulfilling his daily responsibilities with Guess, which follows the announcement that Guess has formed an internal committee to investigate the model's allegations. "I have pledged my full cooperation to the company," Marciano said in a press release. "And I have the utmost confidence in our CEO, Victor Herrero, to continue leading the Company during this time."

Vee wrote on Instagram that Marciano had harassed her at the Guess headquarters under the guise she would have a test shoot for Guess. Marciano later "passed her on" to Hadid, according to Vee, who then allegedly date raped her when she took a coffee meeting with him. Hadid threatened to sue for defamation.

Marciano also denied all allegations. Upton claimed the designer groped and kissed her multiple times without her permission, calling her a "fat pig" and kicking her off set when she rejected his advances.

"Paul's texting increased, telling me how excited he was to see me, that he wanted me to change in front of him so he could see my naked body getting into his clothes," Upton recalled to TIME. "He asked if I thought of him when I was posing sexy on set. All the language he used was extremely dominant and possessive. At one point, to avoid Paul coming to set, I told him my boyfriend was going to be there. He was absolutely furious at that. It was an emotional and non-stop battle of games, power struggles and creative avoidance tactics."

Upton also came to an agreement with the photographer that he wouldn't leave her alone with Marciano. "After that he was extremely upset," Upton said. "I had a final shoot [in May of 2011], and he was outwardly rude and degrading the entire time. He said I was 'disgusting' and started telling people how unprofessional I was by spreading rumors that I was drunk on set and partying every night, which of course I wasn't. I was then told to leave because Paul had said, 'Get that fat pig off my set.'"

Marciano responded to Upton's initial tweets (in which she claimed, but didn't detail, that Marciano sexually and emotionally abused women), with the following statement: "She leveled this malicious and false accusation only hours before a gala event at our headquarters in Los Angeles unveiling a new Guess campaign. Ms. Upton told TMZ that 'I'm excited to tell my whole story...' I am told that she has been working with others for some time to defame me and will claim that I groped her among other things."