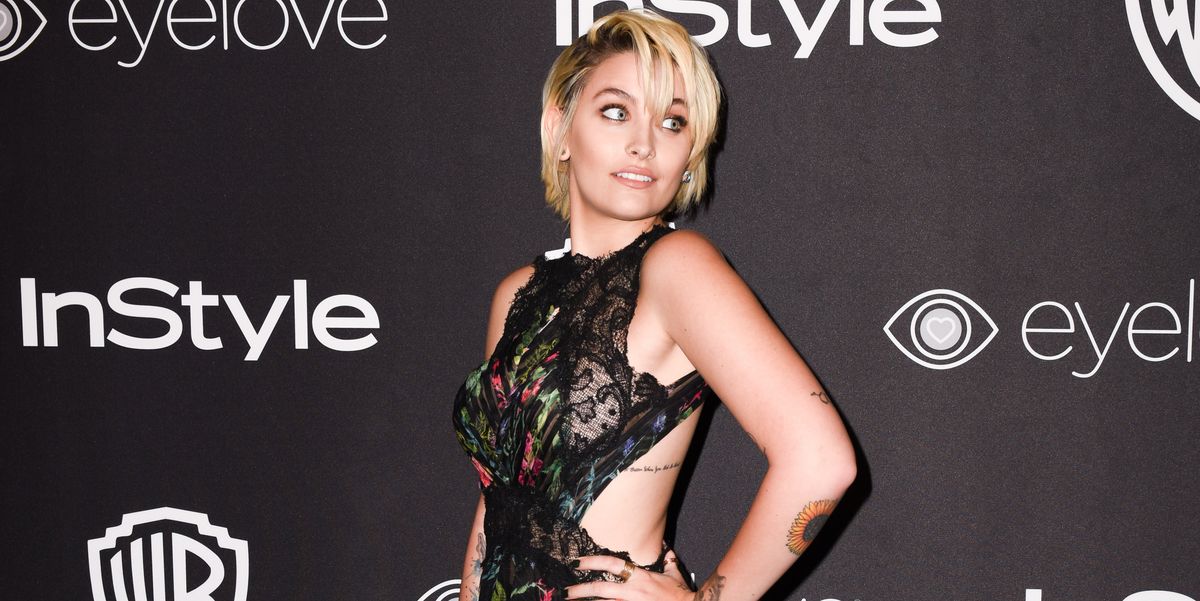 Three weeks ago, the world let out a collective series of ooooohssss and ahhhhhhhs when Paris Jackson, wearing a Jeremy Scott gown, took the stage at The Grammys to introduce a performance by The Weeknd and Daft Punk—and protest the Dakota Access Pipeline in the process. But now, we have an even bigger reason to celebrate, as the daughter of the legendary musician Michael Jackson has just signed a modeling contract.

Of course, someone as high-profile as Paris Jackson couldn't sign with just any modeling agency. The middle Jackson child has signed with top international brand IMG—home to some of the industry's top faces like Gigi Hadid, Alek Wek, Alessandra Ambrosio, Joan Smalls, and Gisele Bundchen.

The announcement came via a tweet from the company's Twitter account, with an attached picture from the star's upcoming cover spread with Carine Roitfeld's CR Fashion Book. (All I can say is that there are definitely worse ways to enter the modeling industry than with a cover shoot by legendary photographer Mario Sorrenti.) The images, of course, are gorgeous.