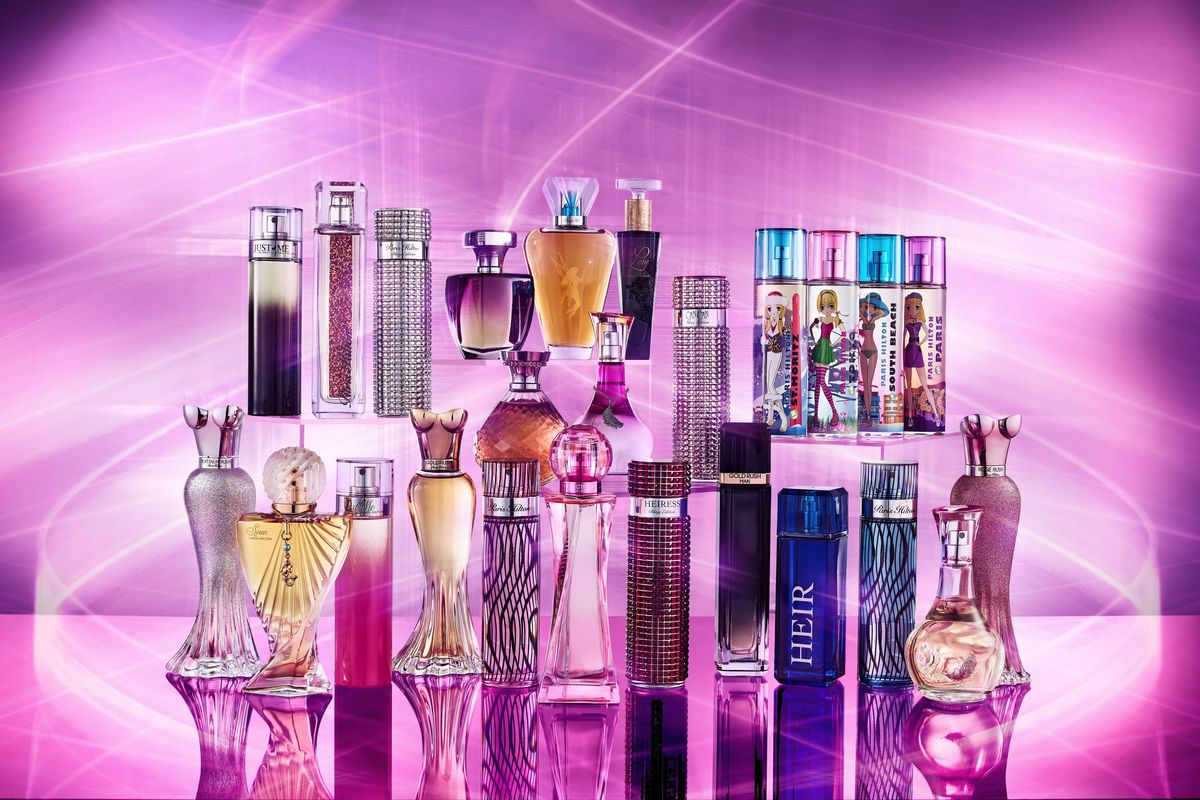 Amassing 25 custom fragrances to your name over the course of your lengthy career as an heiress, reality TV star, model, actress, pop star and entrepreneur? That's hot.

For a woman of many career paths, twists and turns, it's only fitting that Paris Hilton has a scent for every era and press appearance. Over the past 16 years, Paris has managed to create something of a fragrance empire for herself, beginning with an aptly self-titled spray back in 2004. Launched in the initial throes of her climb to household name status with The Simple Life premiering the year prior, "Paris Hilton" was initially a limited release fragrance. The exponential rate of exposure Paris — and her successive products — would end up receiving throughout the 2000s is ultimately what led to the one of the most massive fragrance libraries of any celebrity in the world.

Although she's far surpassed $2.5 billion in sales across the line and its various extensions, Hilton hasn't slowed up on releases. Her latest fragrance, "ELECTRIFY," debuted back in late September 2019. Stating that she made the most recent scent for "anyone who wants to make a statement and isn't afraid to show their confidence, sensuality and captivating personality," the marketing for Hilton's product aligned with many of her other campaigns. Sleek, glittery, sexy — and, of course, pink — an ad for the product even featured Hilton's 2014 single "Come Alive" as the backing track.

For PAPER, Hilton's recent 25th fragrance milestone called attention to the fact that there has long existed a gap in the Paris Hilton fragrance historical canon — until now. We decided to do the unthinkable: catalogue and shoot all 25 scents for our readers to scroll through and reminisce upon. Spanning a variety of eras and ventures for the tabloid superstar, dive into the collective olfactory memory of Paris Hilton, below.