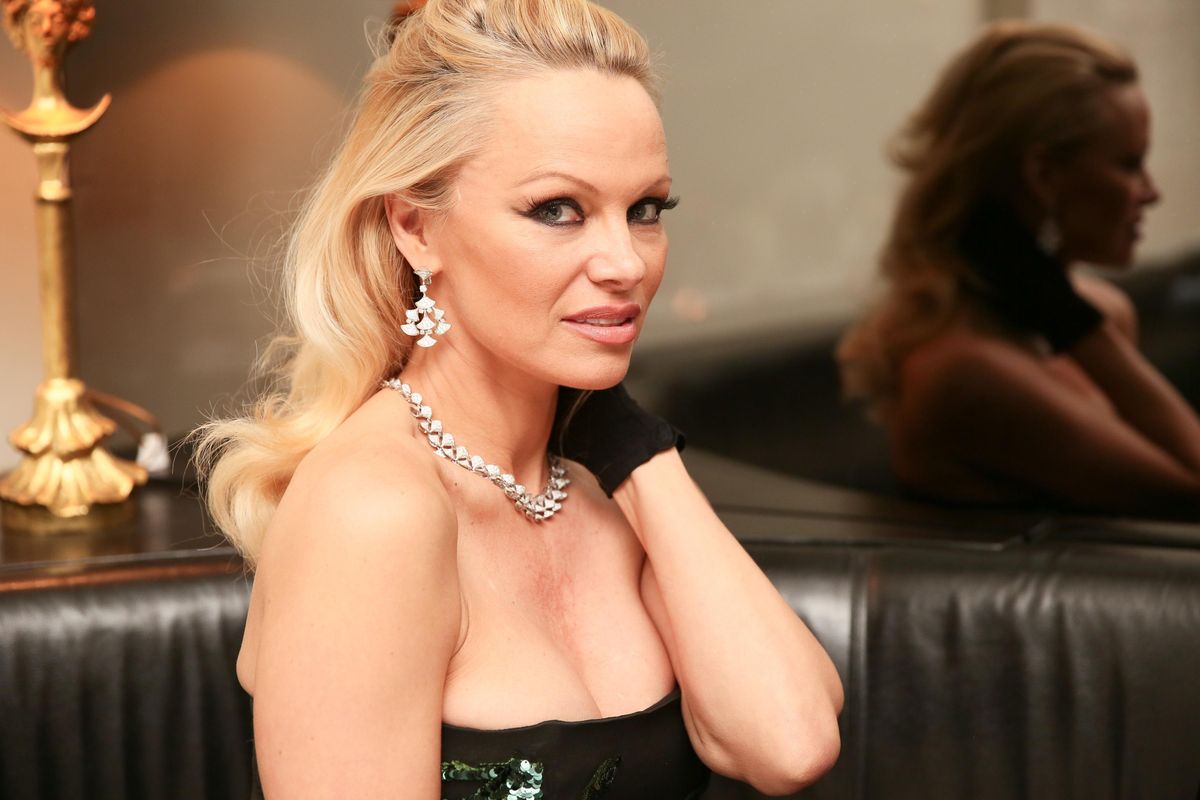 Pamela Anderson is a really big fan of Julian Assange. If her decision last October to hand deliver "a nice vegan lunch and some vegan snacks" to the WikiLeaks founder at the Ecuadorian embassy in London, where he's been trapped for the past four years, didn't convince you — a decision that resulted in her being the subject of a large murder conspiracy theory, mind you — then her formal call for his release in December (where she labeled him a "hero) should have clued you in.

Now, the famous star is elaborating on her feelings. Earlier today, the Baywatch star posted a long blog entry to her Pamela Anderson Foundation website. The strange post seems to work as an extended musing on the model's thoughts about modern day "dating culture." Anderson comments that she "believe[s] in female empowerment" and is in "support of women's rights," but also mentions that the current dating world also presents "big risks for men that no-one wants to talk about.

This exploration of modern dating turns into a slight teaser for her upcoming book (which she describes as being "about sensuality — a sexy kindness") before she then steers the conversation toward Julian Assange. "My relationship with Julian — it's no secret," she begins. "He is one of my favorite people and he might be the most famous, most politicized refugee of our time. Famous for being persecuted. Famous for being persecuted is not a position of power but a position of vulnerability."

Then, Ms. Anderson called out the entire country of Sweden on behalf of Julian Assange. To be clear, the country currently has an arrest warrant out for Assange, who is wanted for questioning in response to rape allegations charged against him in 2010. Allegations aside, it's still clear that Pamela is #TeamAssange. Referring to Sweden as a "progressive country," Anderson urged the country to "help Julian by building a better public understanding." After all, "It is only fair that Julian is set free and compensated and live the life he deserves as the UN ruling suggests. He's a good person who cares about the world. Everyone can see what has been done to him is wrong."

As a simple yet confidently assured ending to this wild journey, the former Playboy "Playmate of the Month" centerfold signed off on her blog post with a hashtag: #standwithassange. Well, okay.