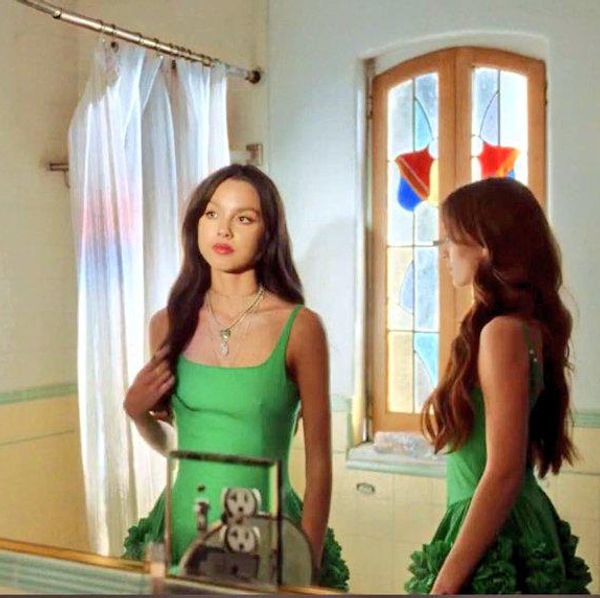 Olivia Rodrigo is continuing her takeover with the release of her new single "Deja Vu" and a video that's sure to leave people talking.

Rodrigo, who smashed records with "Driver's License," has something new to say to her ex: does he get deja vu when doing everything that he did with her with a new girl? Fuzzy guitars and warm snares keep this from feeling like a bummer, making it, instead, feel like a celebration of new beginnings. But even if the song sounds good, Rodrigo is determined to make her ex feel bad. She taught him Billy Joel! Why is he showing that to someone else!

In the accompanying video, Rodrigo gets a first hand glimpse at the new relationship that her ex is in through the eyes of a girl that wears the same things that she does. It sickens her to see that she's just been carbon-copied and cast away. At the end of the video, in a control room where she sees all of her memories that have been rewritten without her in them, she snaps and destroys TV screens with a sledgehammer.

She's over the bullshit. Now, she's going to go create new memories with someone else.

Variety shared a statement from Rodrigo about the song. "The concept of deja vu has always fascinated me and I thought it would be cool to use it in a song around the complex feelings after a relationship ends," she said. "I started writing and recording 'Deja Vu' last fall and had so much fun creating the different melodies and sonic textures that you hear throughout."

If you're ready to hear more of Rodrigo following "Driver's License" and now "Deja Vu," you're in luck — she's revealed that her debut studio album will be out on May 21.

Check out the "Deja Vu" video up above.