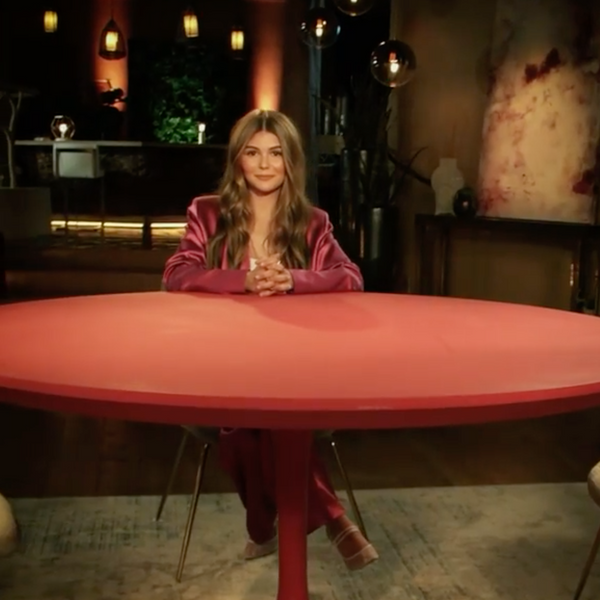 Olivia Jade Is Coming to the Red Table

The only way to truly atone for a celebrity scandal, while also conveniently owning and manipulating the narrative, is to appear on Jada Pinkett-Smith's iconic Facebook Watch show Red Table Talk. Just ask Jordyn Woods. Or Jada's own husband, Will.

Related | Felicity Huffman's Career Got a Boost From the College Scandal

So, although tbh we did not see it coming, it makes complete sense that besieged influencer Olivia Jade is headed to the famous piece of therapy furniture. She's promising to "break her silence" for the first time since the college admissions scandal went down.

Last year, the daughter of Lori Loughlin and Mossimo Giannulli (both currently in prison) made international headlines when it was revealed that her parents had scammed her a place at not-even-very-good college USC by emphasizing her non-existent ability to row crew. In a very Gen Z twist, it was soon revealed that Olivia had never really wanted to go to college in the first place, preferring to focus on her flourishing beauty vlogging career.

Since her scandal broke, the YouTuber has laid low. There was a vague comeback video, and she's been papped partying a lot, even during COVID-19. But she hasn't ever returned to her previously full content schedule (or sponcon posts), and maybe that will change after this tell-all.