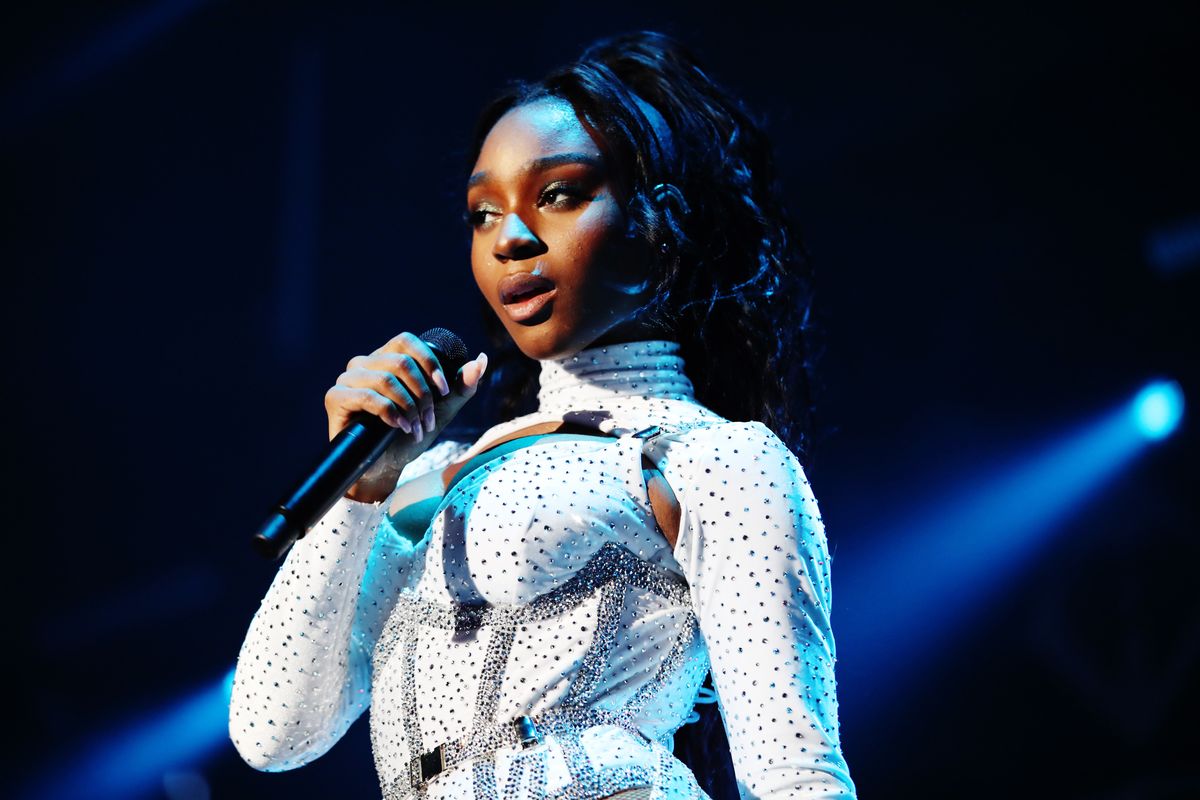 Normani Isn't in Any Rush to Put Out Her Album

The fervor surrounding Normani is at an all time high. Since Fifth Harmony's indefinite hiatus, she's become a tour de force performer who's released a handful of songs featuring 6LACK, Sam Smith, and more. Everyone's been wondering when she will release her debut album and claim her spot atop the pop charts, praying that it is sometime soon.

But according to her new Teen Vogue cover story, it's very possible that we won't be getting an album anytime soon. In fact, Normani is in no rush to put on out at all.

Speaking to Teen Vogue, Normani talked about everything she's doing in music, beauty and fashion, eventually touching on her heavily anticipated debut studio album. "There's so much expectation that I have for myself, so adding [fans' expectations] onto that can be a lot, but it really does motivate me," she said. "I really want to create a body of work that's going to count, you know? I'm never going to get my first album back."

Later on, although hesitant to get into details about the project, she revealed that it will "be an opportunity for the public to be able to get to know me in a way that they haven't been able to before."

She also spoke about how this harsh year has impacted her, saying that the slowing down of the music industry, in particular, has been "a blessing in disguise." "Obviously aside from just how devastating [this moment] is, I've been able to get to know myself in a way that I hadn't been able to before," she said. "Investing in self-care has made her more comfortable with being vulnerable in her music "because now I'm tapped into myself in such an intimate way."

Near the end of the cover story, Normani talked about her experience being in the video for Cardi B and Megan Thee Stallion's "WAP." "The 'WAP' video I was really, really excited to be a part of, just because I feel like we're in a time in music where women — and Black women — are really on top, which is something I feel like we haven't seen in a very, very long time," she said. "Where I come from, we were all about female empowerment. The fact that I could be a part of such a special moment embracing our sexuality, in which I definitely think there's a double standard, [was exciting] to be a part of it."