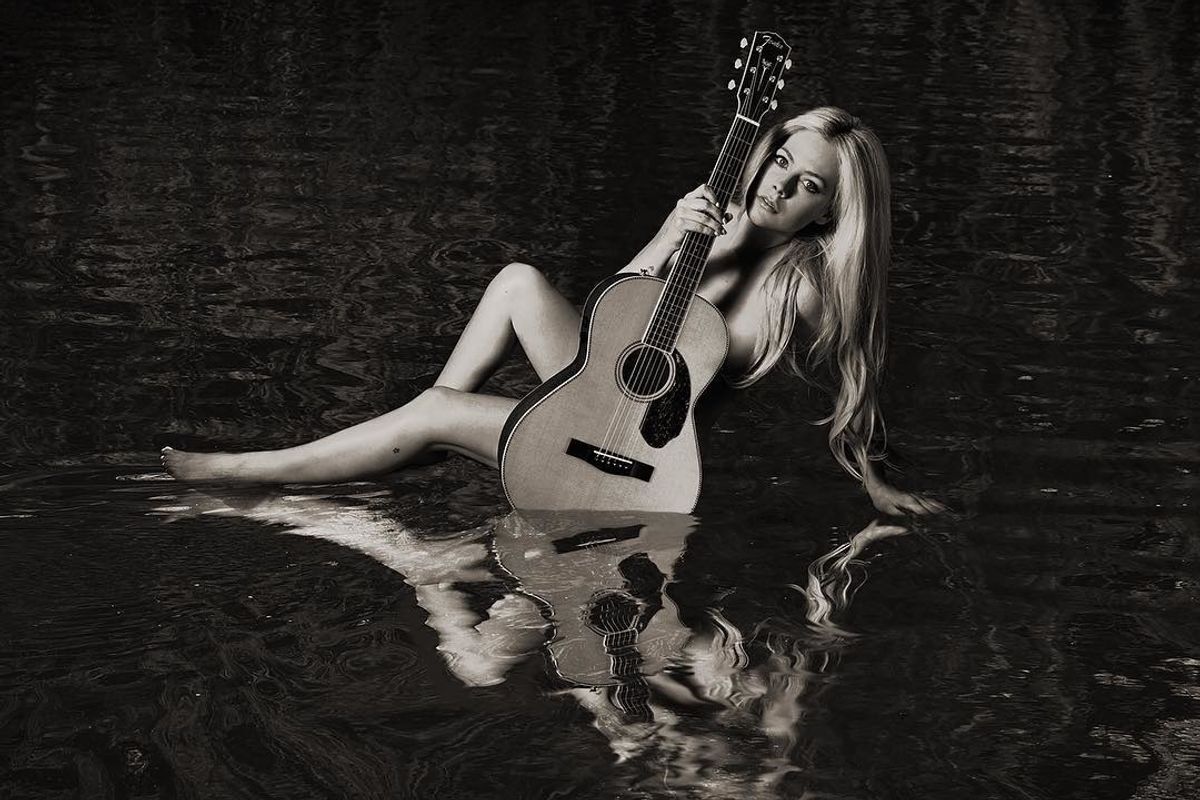 Avril Lavigne’s New Album Is a Cry for Help, In a Good Way

Avril Lavigne's sixth album Head Above Water, her first in five years, was released today. She is, as one obliviously sexist Guardian subheadline puts it, "nude on her album cover to prove she is a serious singer-songwriter." There are Christian rock elements. Nicki Minaj makes a confusing but not unwelcome appearance. The genres are all over the place — it's basically a mishmash of every past Avril phase. The album does have one constant: struggle. Most songs are about pain, and the long journey to overcome it.

Lavigne has said much Head Above Water was written during a long recovery period from Lyme disease, which she contracted from a tick bite four years ago. Its title track is candid about how close she came to surrendering totally to the illness, while songs like "Warrior" celebrate her survival.

Avril Lavigne on Instagram: “I can’t believe my album #HeadAboveWater is out now! Stream and download it at the link in bio 🖤”

The musician has also explained that the album was inspired by a manipulative, psychologically damaging romantic relationship with a "loser in my life who was threatened by my strength, confidence and independence as a woman." Surely not with Nickelback's Chad Kroeger? "Dumb Blonde," her track with Nicki, as well as "I Fell In Love With the Devil" (a song title choice!) and "Tell Me Its Over" explicitly describe some gross relationship dynamics. Luckily, "Goddess" hints at a newer, nicer romance.

What does teen angst sound like at age 34? This. In a good way! Listen to Avril Lavigne's Head Above Water, below.