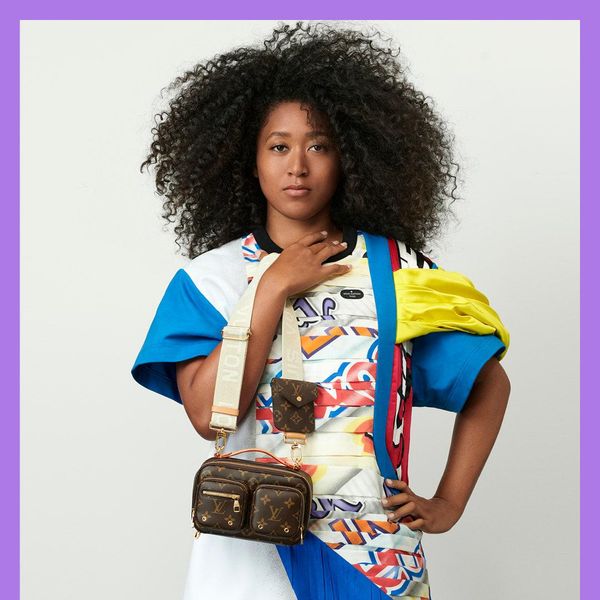 It was only a matter of time until Naomi Osaka broke through the gilded world of high fashion. The tennis wunderkind, who at 23 already has three grand slams (and is currently the richest female athlete), was revealed this morning as the newest house ambassador of Louis Vuitton.

Nicolas Ghesquiere, the brand's artistic director, is a big fan of Osaka and lauded her values and outspokenness in a statement. "Naomi is an exceptional woman who represents her generation and is also a role model for everyone," he said. "Her career and convictions are inspiring."

Indeed, while Osaka has racked up trophy after trophy since capturing her first title in 2018, the Japanese-Hatian champion has also become known for her activism on and off the court. This year, she memorably pulled out of the Western & Southern Open in Cincinnati in solidarity with the Black Lives Matter protests and wore multiple masks bearing the names of the victims of police brutality at the US Open, which she won.

"It is such an honor to work with Nicolas—he's a designer I admire so much and we share a mutual love of Japanese culture and style," Osaka said in a statement. "To become a global brand ambassador is truly a dream come true for me."

And in a caption on her Instagram, she shared a personal anecdote while celebrating her latest fashion feat. "Funny story: I first bought my mom a LV bag when I was 16 as a birthday present and it's kinda been a tradition since. Do I call this a full circle moment? Yes."

Could a front row seat at a Louis Vuitton show be in the cards next? Here's hoping!